Every year we run a staff photography competition, where our specialists submit the best images from their travels around the world.

Here we share some of the photographs (and their stories) that have really captured our attention and made the judging incredibly difficult. 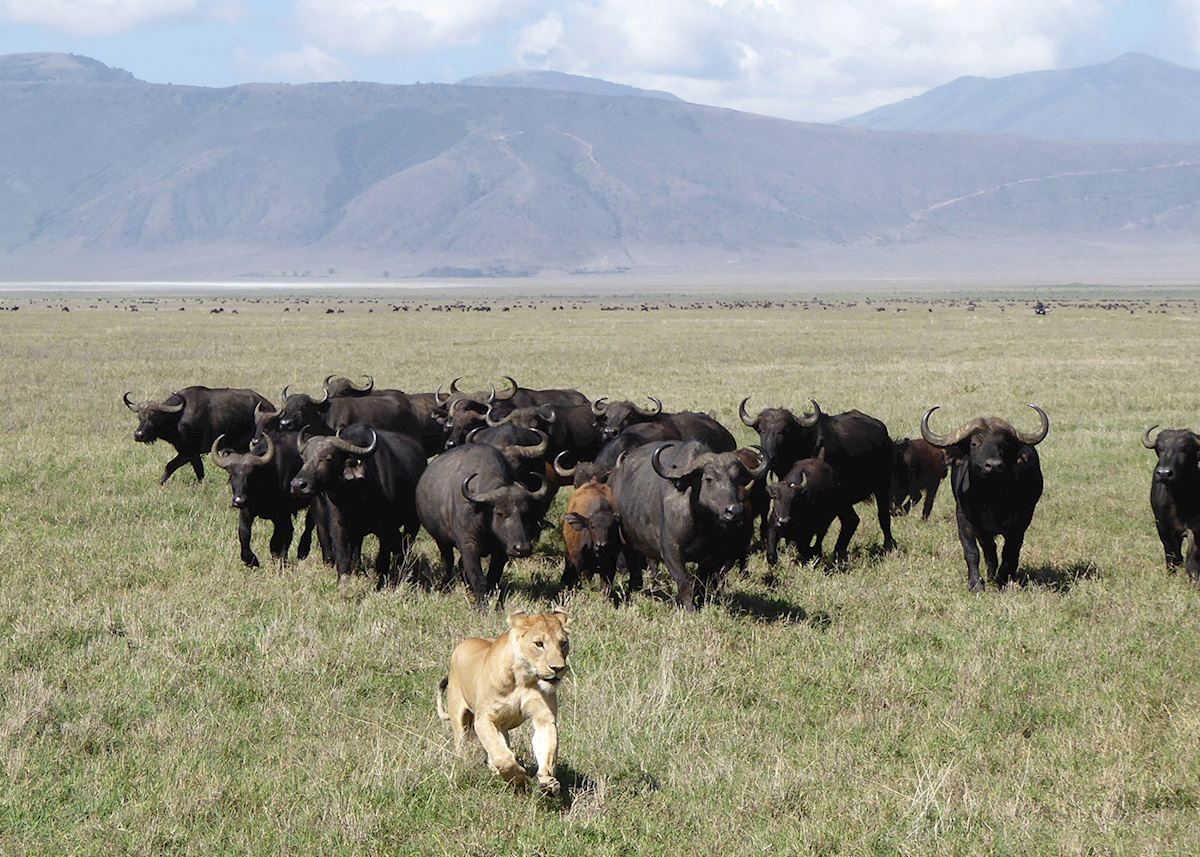 This photograph was taken on safari in the Ngorongoro Crater region of northern Tanzania. We had been following two lionesses with their cubs when they charged, bringing down a baby buffalo from the herd. In a flash the buffalo herd fought back, protecting the innocent calf. While one lioness ran back to her cubs, the other was chased away by the herd. This created a rare photo opportunity to capture the moment where the underdog is victorious and the hunter is defeated.

The world’s largest intact volcanic caldera, the Ngorongoro Conservation area, provides abundant wildlife spotting opportunities in a spectacular location. The crater creates a natural sanctuary for some of Africa’s most densely populated areas, home to mammals including antelope, wildebeest, zebra and buffalo, as well as Thomson and Grant’s gazelle. 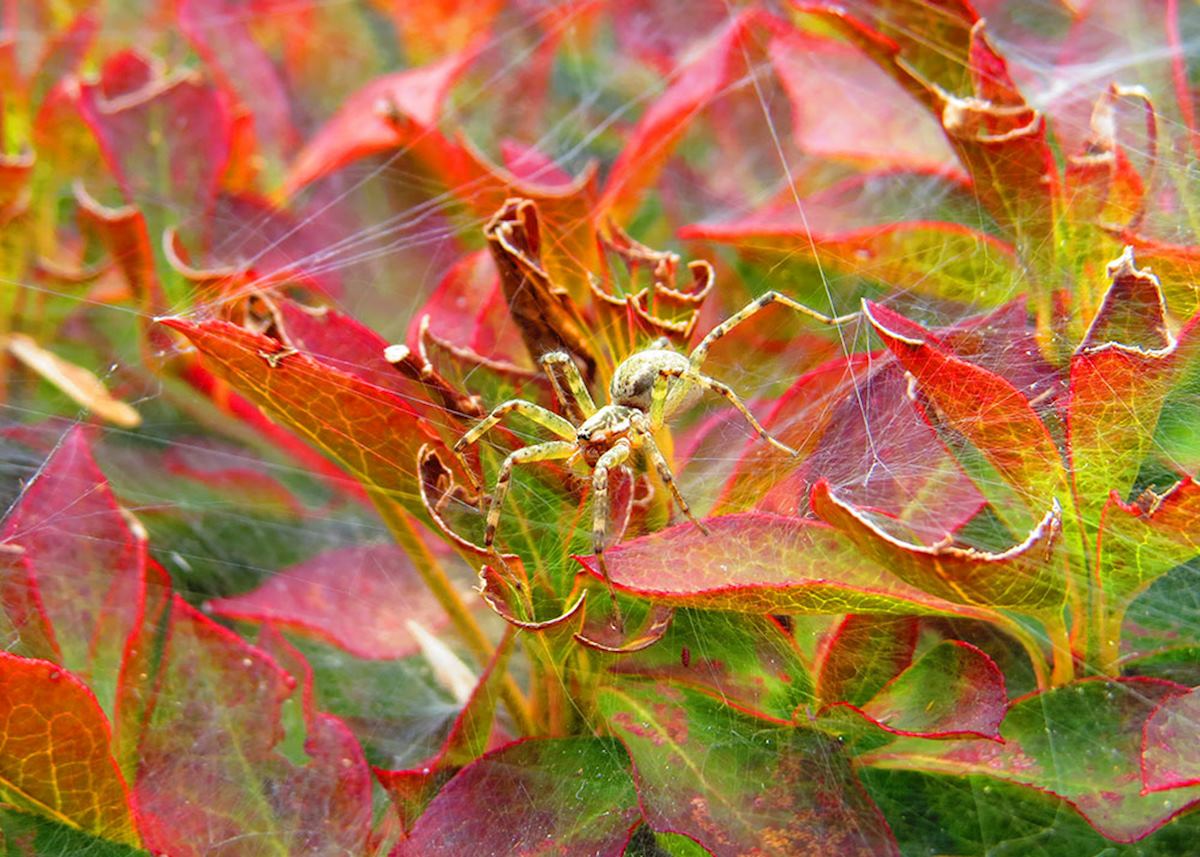 I noticed this spider in the nearby bushes outside a traditional Japanese building while I was waiting for our sake experience to start in Takayama. I spotted the webs glistening in the sunlight and moved closer to get a better look. I caught a glimpse of the unusual spider amongst the leaves and knew I had to get a shot. The bright colours of the leaves were lit perfectly, but it took me several attempts before the spider was still enough to get this detailed shot.

Surrounded by the snow-capped peaks of the northern Alps, the traditional town of Takayama possesses a charming old-world atmosphere and fine Edo-period architecture. There is a hidden charm to the streets east of the Miwagawa River, where you can uncover the traditional shops, museums, galleries and sake breweries that give the small city its significant historic importance. 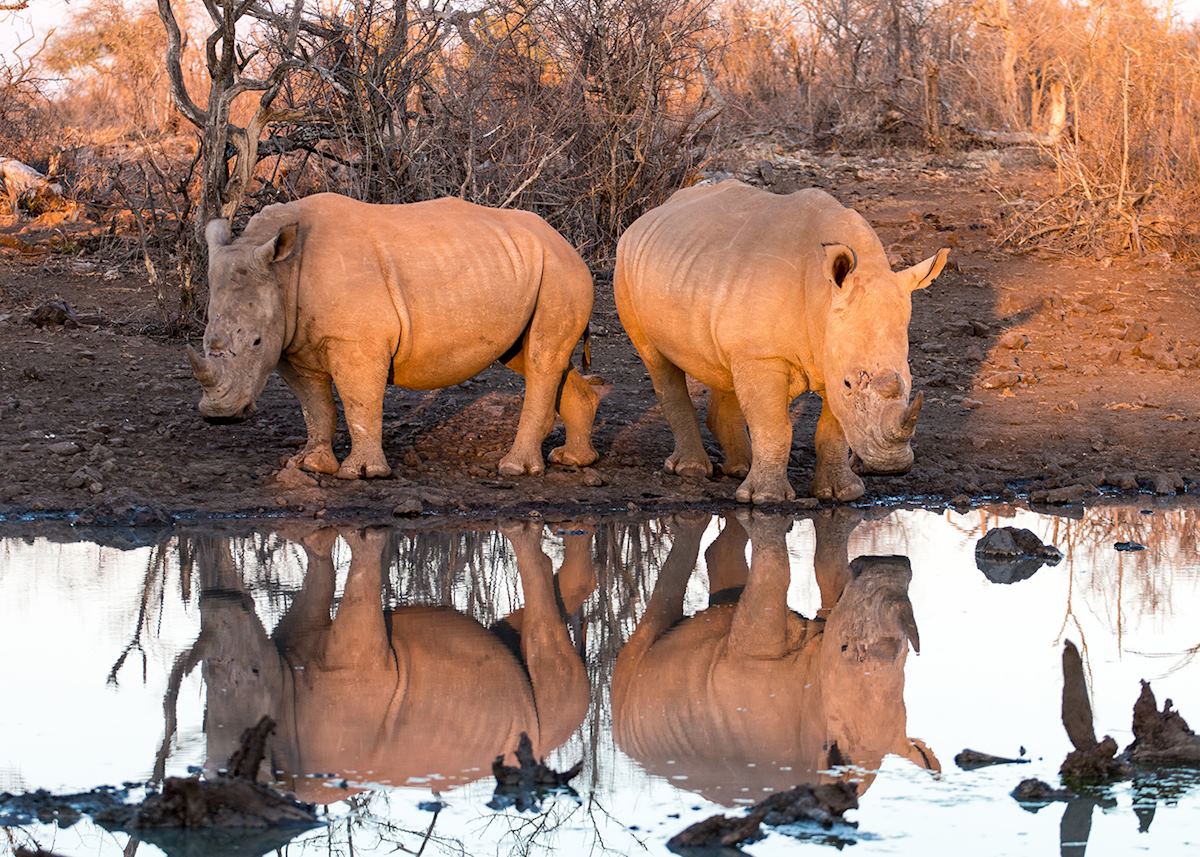 During the dry season in South Africa, the watering holes in Madikwe Game Reserve are a vital life source for much of the wildlife. You can often sit near the edge of the water and allow the animals to curiously wander towards you. We were out on an evening game drive and stopped at one of the watering holes when these two white rhino approached. The flawless light at that time of day, in combination with the flat surface of the water led to the creation of this quite magical reflection.

Located at the Botswana border near Gabarone, Madikwe Private Game Reserve is one of the most remote game parks in South Africa and a great place to see wild dog. The reserve’s great ridges and round boulders looking out over extensive plains allows you to experience what Africa must have been like 100 years ago. 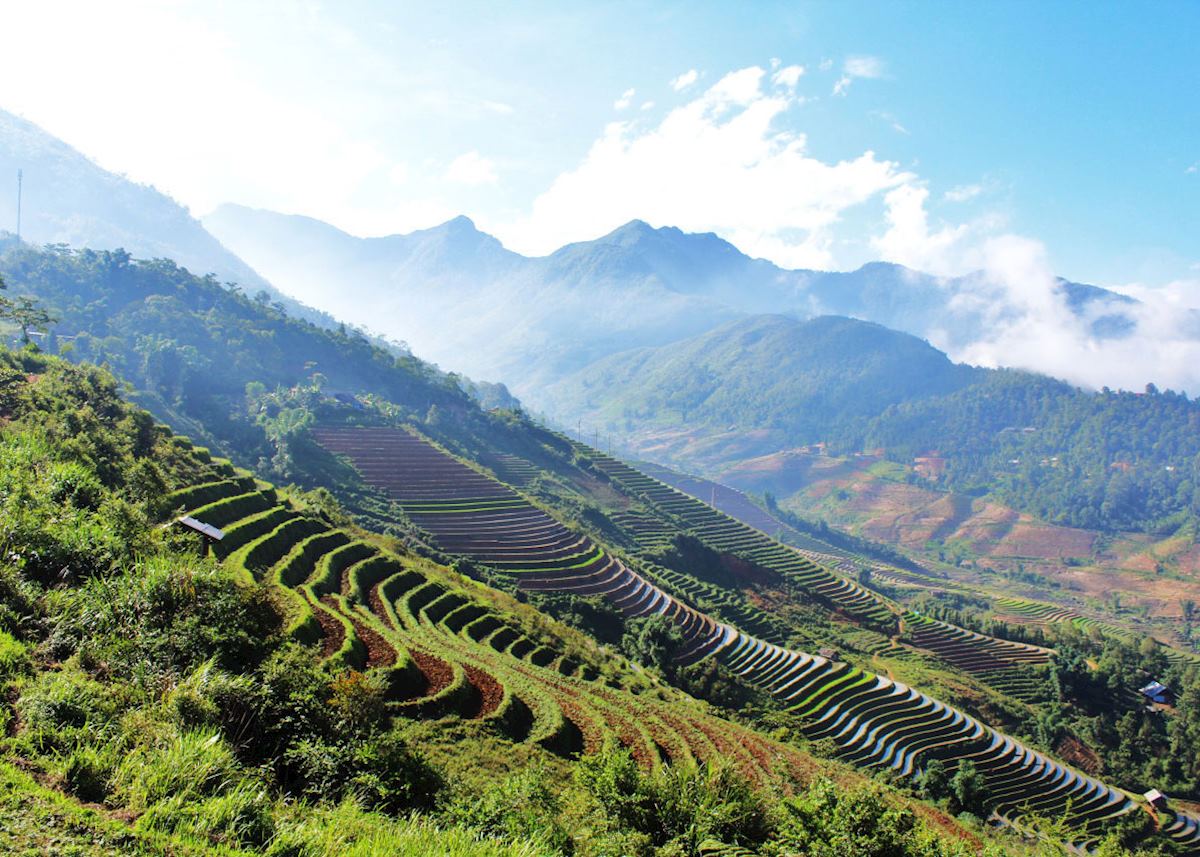 I took this photograph the morning after I arrived in Sapa in Vietnam on my way to the remote Topas Ecolodge where I was staying. It was my first time in Sapa, a small town that sits amongst the stunning scenery of the Tonkinese Alps. This breathtaking view and the striking green colour of the valleys was beautiful and unlike anything I had seen before.

The location of the Topas Ecolodge in the Tonkinese Alps makes a great base for exploring remote villages where traditional dress and ancient beliefs still prevail. It is also ideal for taking in the superb vistas on foot or even by bicycle. 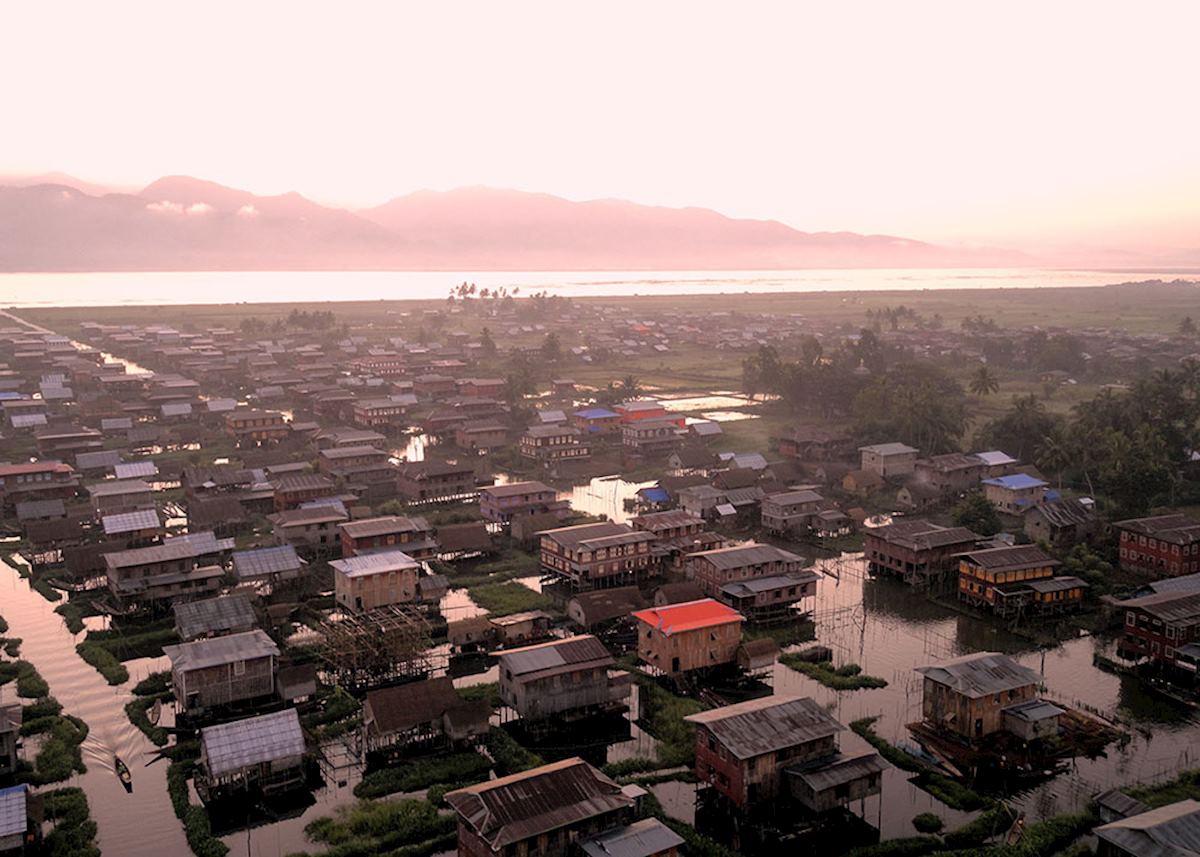 The view from the hot air balloon floating over Inle Lake, Burma

The day started at 5am with a silent row over Inle Lake in Burma to the balloon launch site. After a light breakfast we got to witness the sunrise as the hot air balloon took us on a peaceful ride over the stilted houses of the Intha people. The experience was made more unique knowing that we were only the second ever commercial balloon flight over this region.

The shallow waters of Inle Lake stretch for 35 kilometres, ringed by small fishing villages and majestic rolling hills. You can take a boat trip to explore the lake where you visit various cottage industries that thrive on the floating market such as silk weaving, cheroot rolling and water blacksmiths.

Shepherds in Ranthambhore, India, by Rosie 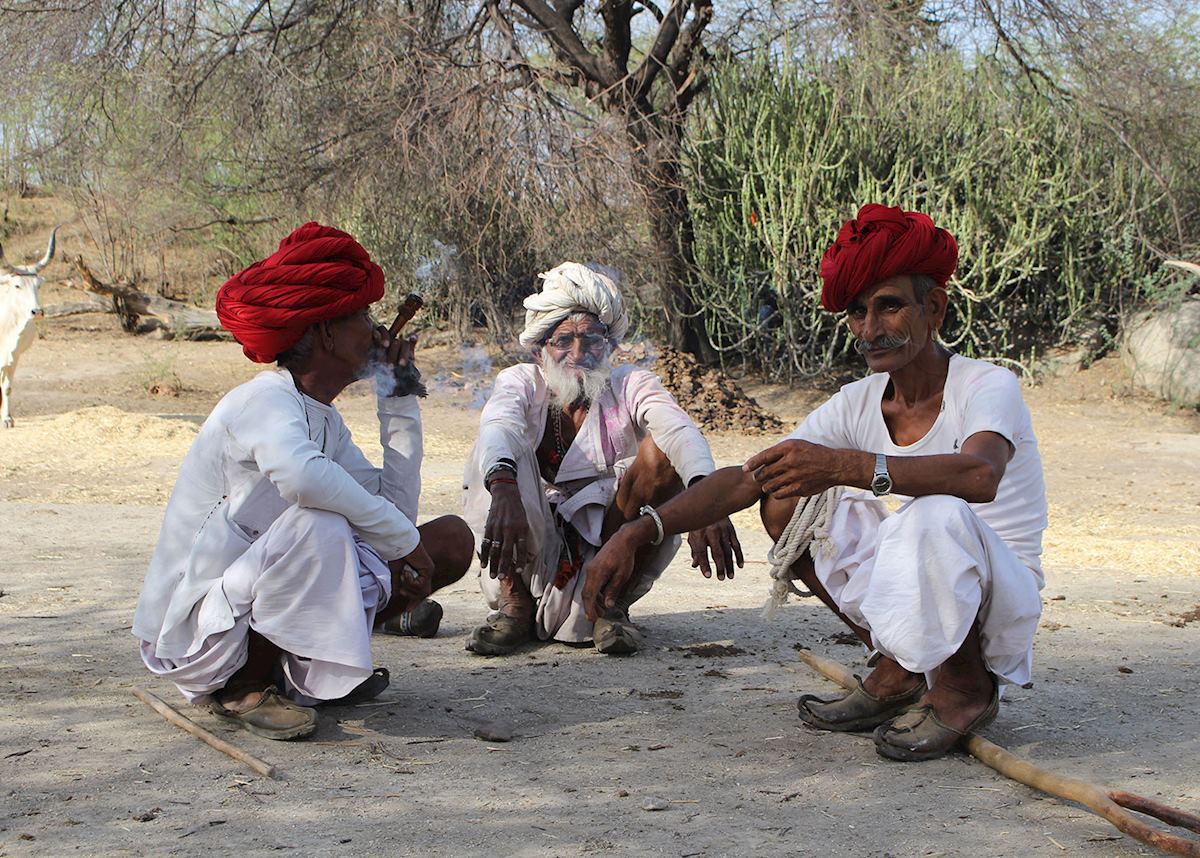 This picture of three Rajasthani shepherds was taken early in the morning while on a leopard safari in Ranthambhore National Park near a small village called Bera. The locals, who weren't used to visitors, couldn’t have been more friendly and loved looking through the pictures I took of them. We had an amazing sighting of a leopard that morning but the highlight of the safari was definitely seeing the villagers preparing for the day ahead.

Ranthambhore National Park derives its name from a 10th century fort and now remains one of the best places to view tigers in the wild. It may be small but it has a rich diversity of flora and fauna as well as various deer including spotted deer, barking deer and chinkara (Indian gazelles). 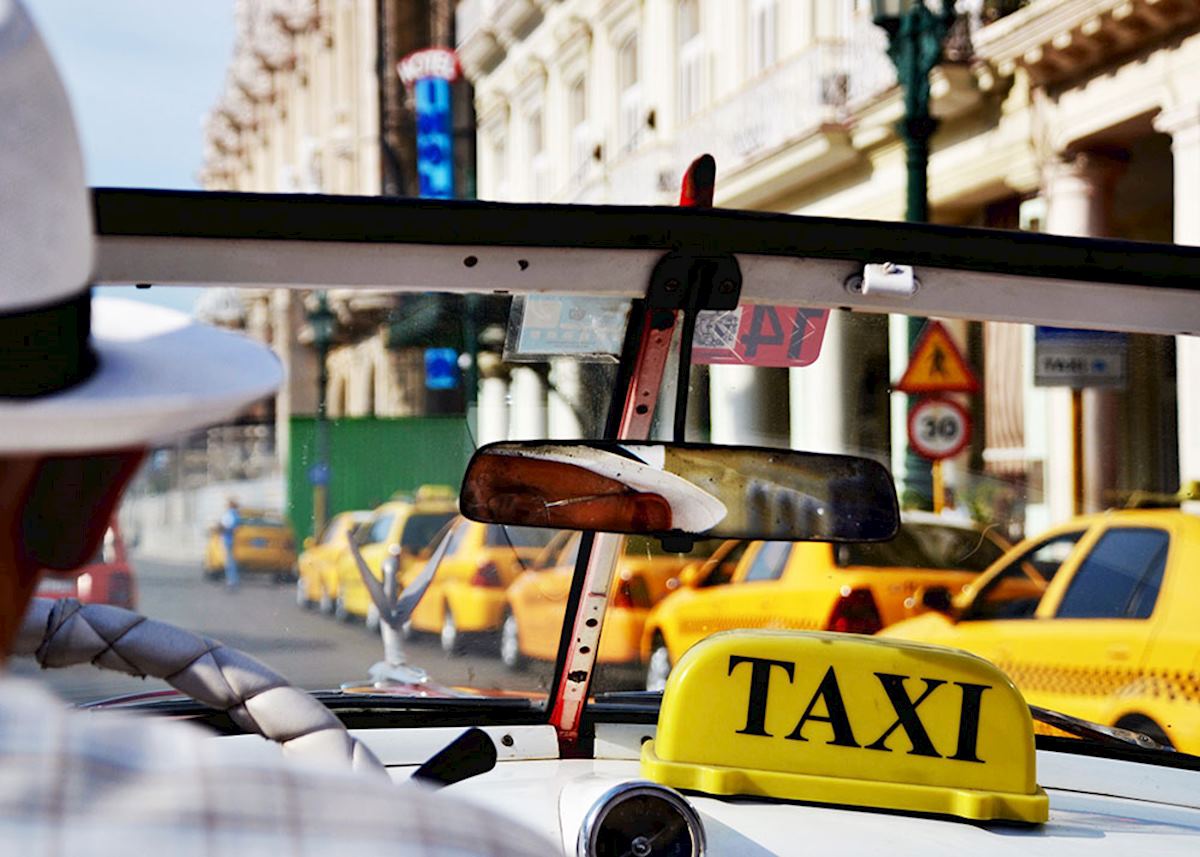 I wanted to capture the history and colour of Havana as a city in a single photograph. I took a taxi in a vintage American car from the Old Town and ventured to modern Havana. I angled my camera to catch the driver's eye in the rear view mirror just as the lines of the modern taxis to the right contrasted with the iconic Chevy statue to the front.

Havana still retains an air of nostalgia with countless vintage cars filling the streets. Although Havana has a vibrant arts scene and plenty of museums (often converted palaces) to uncover - it's also a great place to sit back and soak up the atmosphere in one of the city's many outdoor cafes.

Wildlife holidays
Get in touch