The longest, oldest and largest: 6 superlatives from around the world

From exploring part of New Zealand’s longest hiking route to journeying across the width of a continent aboard the Trans-Siberian and learning the secrets of longevity in Japan (home to the world’s oldest population), here’s how you can experience the world’s greatest, biggest and boldest.

The Trans-Siberian: the world’s longest railway 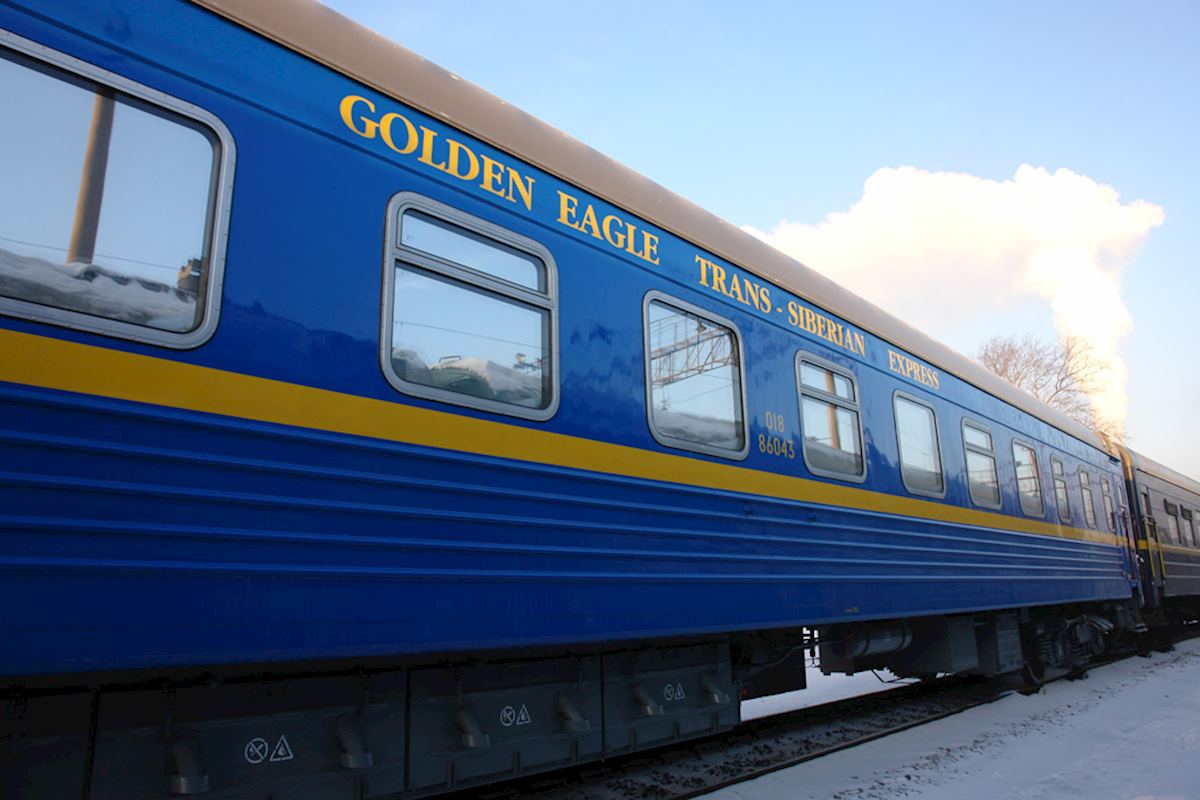 Stretching 9,289 km (5,772 miles) from Moscow to Vladivostok, the Trans-Siberian railway spans around one third of the Earth’s circumference. The railway comprises three different routes: I recommend the Trans-Mongolian route from Beijing to Moscow. While shorter at 7,621 km (4,735 miles), it offers interesting stops and varied scenery, from the dusty sands and grassy steppes of the Gobi Desert to Russia’s dense pine forests.

You can travel aboard the private Golden Eagle train, which has comfortable en suite cabins. However, some of my fondest memories are from my time aboard public trains. While basic, these give you the opportunity to mix with local people — on one overnight train I was taken under the wing of a Russian grandmother. Shocked that I hadn’t any food, she insisted on sharing her homemade cakes and pastries. 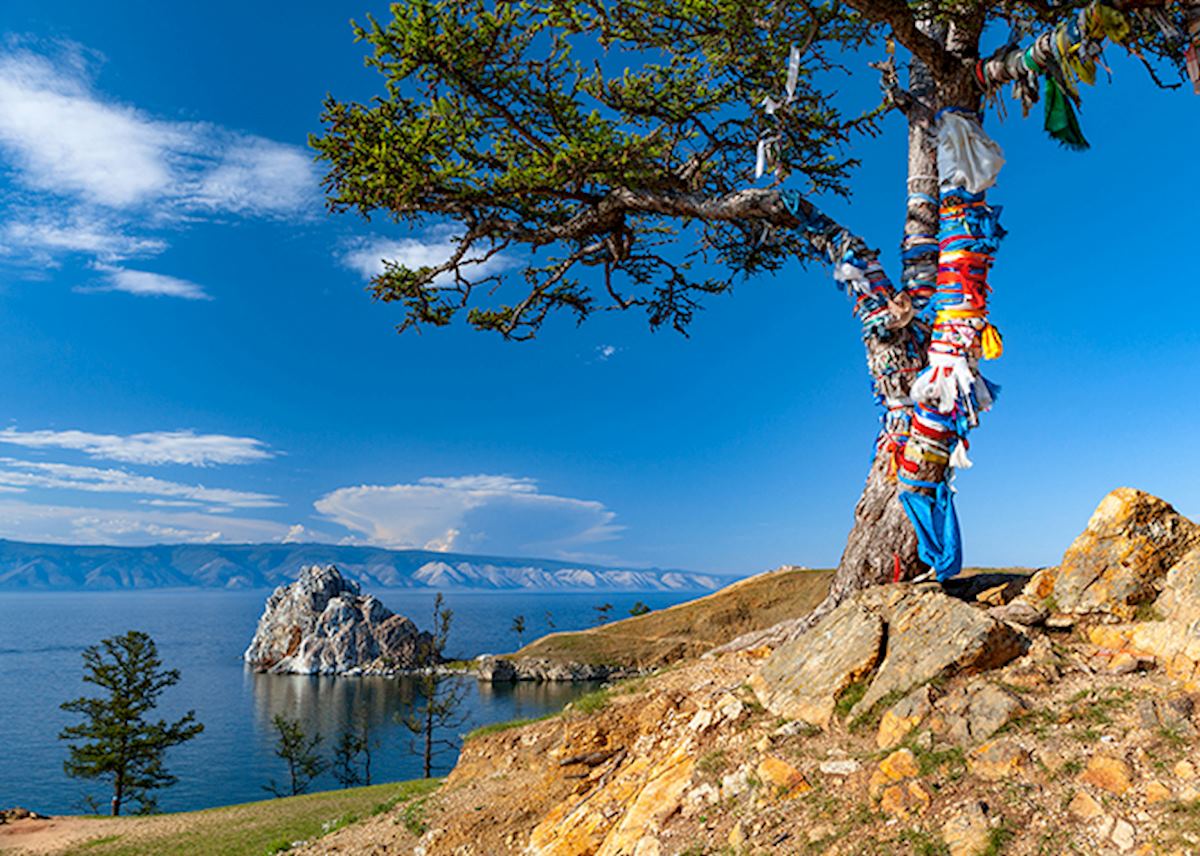 Passing through Mongolia, you could spend a couple of nights in a ger camp. Half of the country’s population still live in these round, simple tents, which easily dismantle to suit the nomadic lifestyle. Staying in one is a great way to learn about Mongolian culture and take in the open wilderness.

I also recommend stopping at Lake Baikal. Just north of the Mongolian border in southern Siberia, it’s the largest and deepest body of freshwater in the world, and has the clearest water that I’ve ever seen. You can stay on Olkhon — the lake’s largest island — where tiny villages give you a sense of what rural life is like here.

To do the route justice I’d suggest a 16-day trip, giving you plenty of time to stop and explore along the journey.

Cradle of Humankind: the site of some of the oldest human fossil discoveries 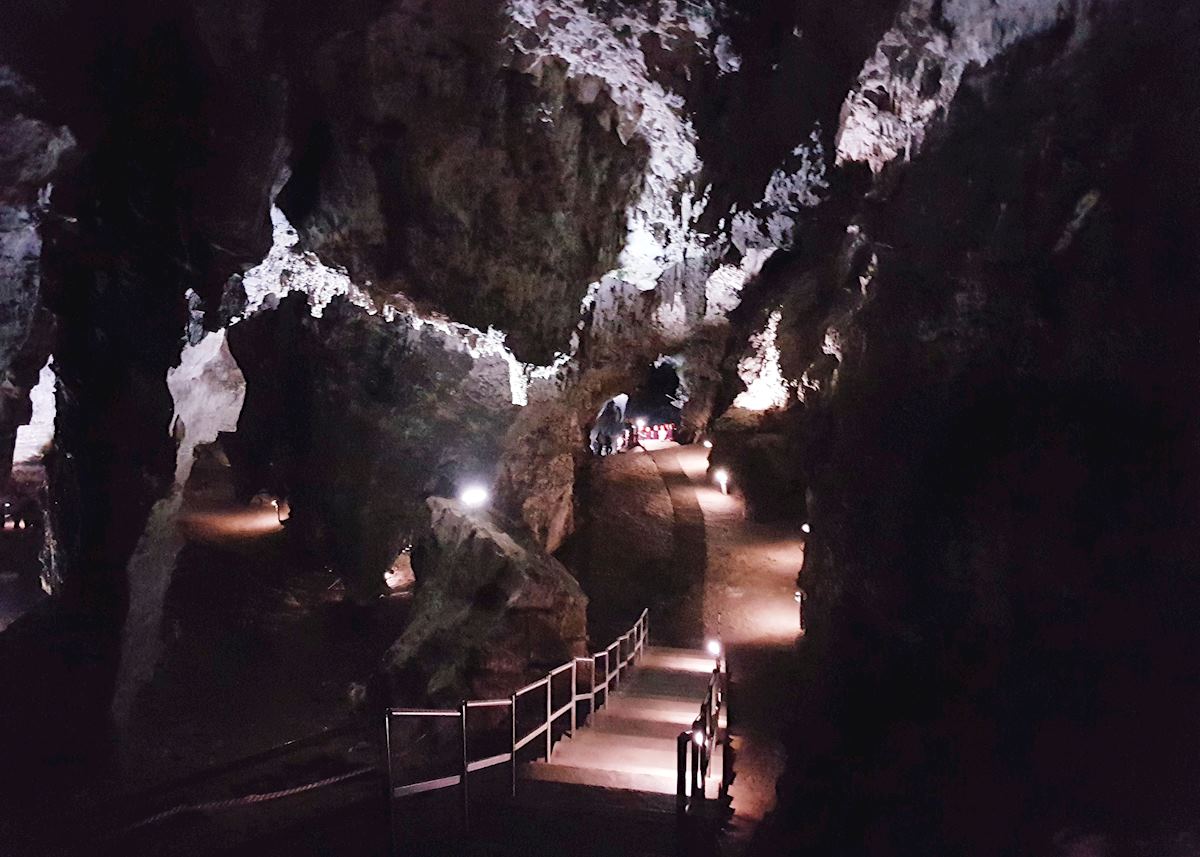 The Sterkfontein Caves within the Cradle of Humankind, South Africa

It’s widely acknowledged that human evolution began in Africa, evidenced by the finding of the world’s oldest hominid fossils across the continent. South Africa’s Cradle of Humankind, 50 km (31 miles) northwest of Johannesburg, has been the site of more than one third of such discoveries.

This UNESCO World Heritage Site contains a complex of limestone caves. I took a guided tour of the Sterkfontein Caves, heading deep underground to see some of the sites where fossils have been found. These include the 2.3 million-year-old ‘Mrs Ples’ — one of the most complete early-human skulls ever found — and ‘Little Foot’ — an almost complete skeleton dating back nearly three million years.

As I descended into the caves, markers on the floor indicated how many thousands or millions of years old that part of the network was and which species would have lived at this point. It’s difficult to comprehend just how old the caves are, and how insignificant modern human history is compared to the amount of time that passed before us.

Before venturing into the caves, I recommend a visit to the Maropeng Visitor Centre. Here, interactive exhibits and displays give you an excellent overview of the Cradle of Humankind and human evolution. Fossils are lined up in chronological order — it’s fascinating to see the subtle changes between the skulls of different hominid species, some of which would have been living at the same time. 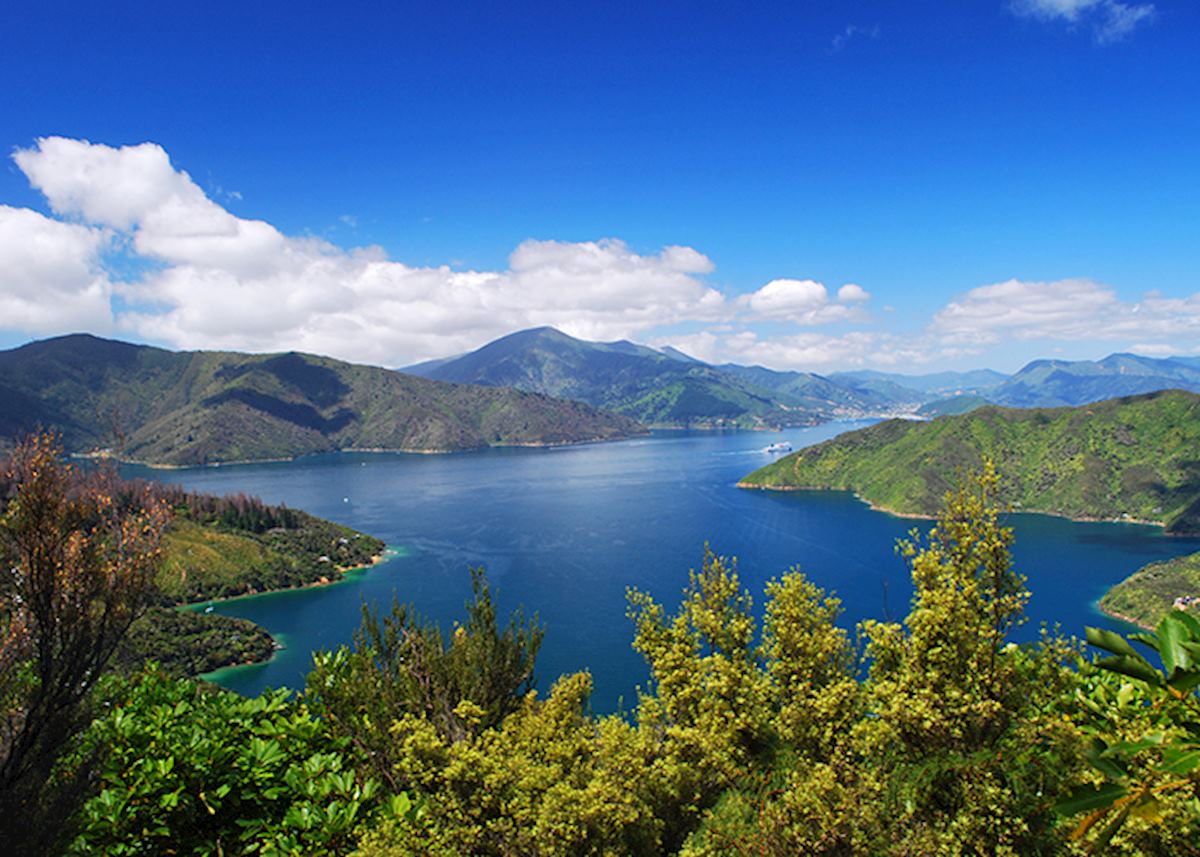 It’s easy to experience sections of the pathway without needing to take on the whole beast. You could tramp a part of Te Araroa by completing the North Island’s Tongariro Crossing, a day walk that takes you past dormant volcanoes, oxblood-red craters and hot springs.

My personal choice would be to head to the Marlborough Sounds — ancient riverbeds flooded by the Pacific at the top of the North Island. Arising from their waters are hills almost entirely carpeted in virgin native bush, which extends right down to the shoreline. 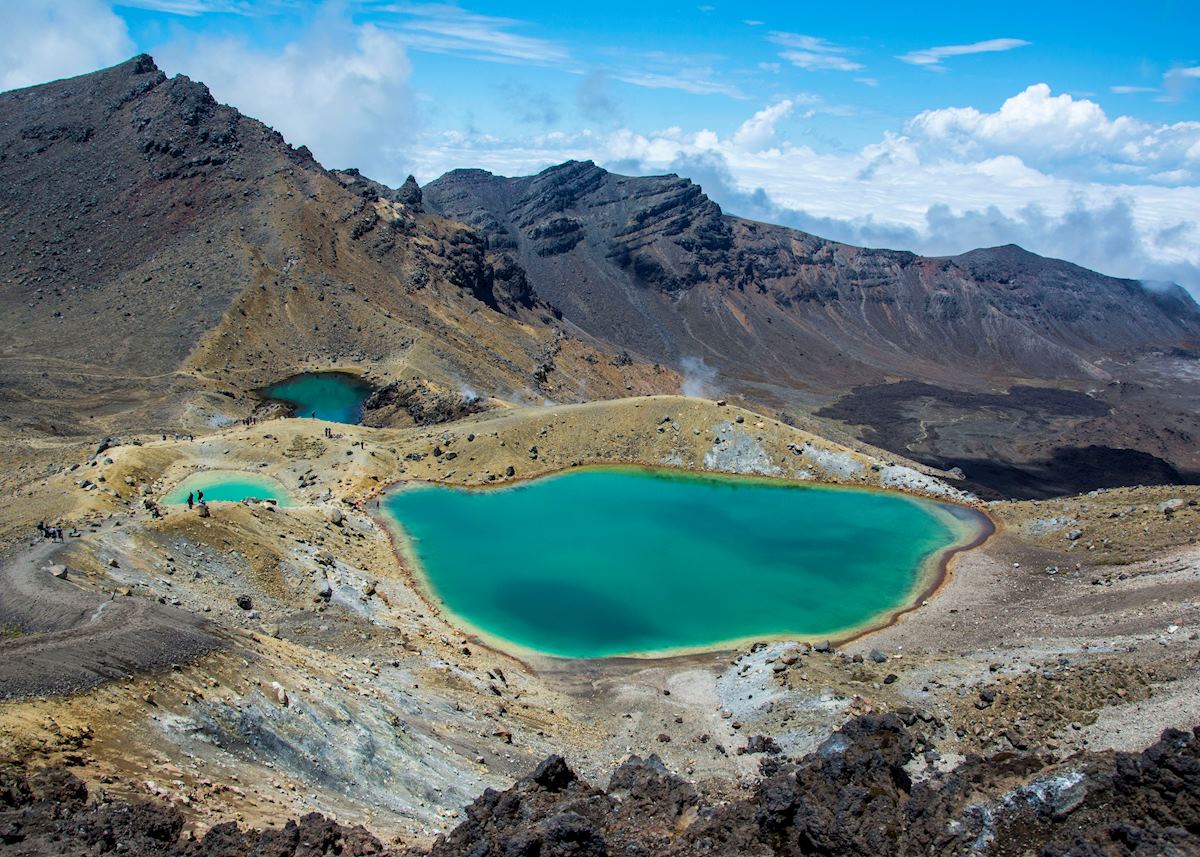 The main walking trail here is the Queen Charlotte Track. Even a day spent walking a section of it gives you a sense of the area’s pristine ecology and drama, and of Te Araroa as a whole.

The track follows ridgelines, dips into secluded inlets and sometimes disappears altogether into the bush, before bringing you back out into the open. At these points, you can look out over the turquoise seawater of the Queen Charlotte Sound. On some days, the tip of the North Island is just visible across the Cook Strait.

I always think, when out walking on the green peaks surrounded by sounds and inlets, that it feels like you’re in some far-flung, unpeopled land: the bush here is unspoiled, the waters so clear, and an unfamiliar soundscape greets you from the canopy, from the laser-like call of the tui to the melodic piping of the bellbird. In reality, the track is very accessible by water taxi.

The Salar de Uyuni: the largest salt flat in the world 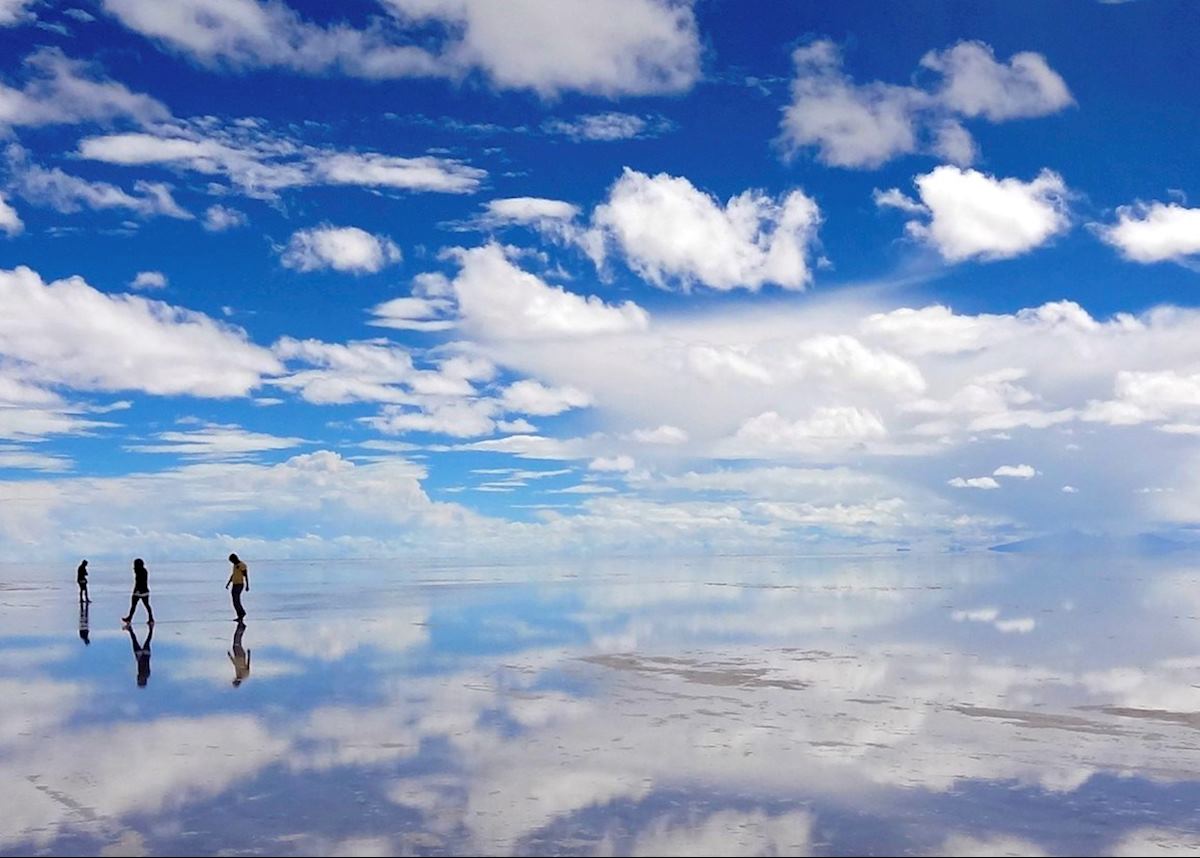 The Salar de Uyuni salt flats, located in the desolate Altiplano straddling Chile, Bolivia and Peru, form one of the most arresting (and I’d go as far to say disquieting) landscapes you’re ever likely to see.

Spanning an area roughly equivalent to the country of Belgium, they’re really one vast dry salt lake, formed from long-evaporated prehistoric bodies of water. At most times of the year, it’s like you’re looking out onto an endless-seeming, almost obliterating whiteness; up close, the crystalline salt naturally forms a series of perfectly interlocking hexagons, like a giant honeycomb. Visit in January and February, and the entire expanse is covered in a thin layer of salt water, transforming its surface into a gigantesque mirror and reflecting the cloud-scudded skies with total precision.

Visitors from all over the world clog the edges of the flats, so to really appreciate their scale and surreal beauty, you’ll need to drive out onto the pans with a guide and driver. At such extreme altitude, and with no potable water or phone reception, preparation is essential.

Once out there, you might see the odd local miner digging the salt, but an eerie sense of isolation soon sets in. The salt pans morph perspective: the mountain ranges that you can see blinking in the distance sometimes look as though they’re only a half-hour drive away, when in reality it would take several hours to reach them. Conversely, I once drove out to a small islet in the middle of the salt flats, Cactus Island, and during the whole journey, it never seemed to get any closer. You lose all ability to judge distance. There’s a touch of the sci-fi about it, or the sense that you have entered some apocalyptic unpeopled hinterland.

You’re forbidden to travel on the salt flats at night, as the temperature plummets to dangerous levels. But for a real once-in-a-lifetime experience, you can stay overnight on them in a metal campervan, with your own guide and chef. As is customary, before sipping your first drink of the evening —singani (pomace brandy) is Bolivia’s traditional tipple — you’ll pour a drop on the ground in homage to Pachamama.

Japan: the country with the longest life expectancy 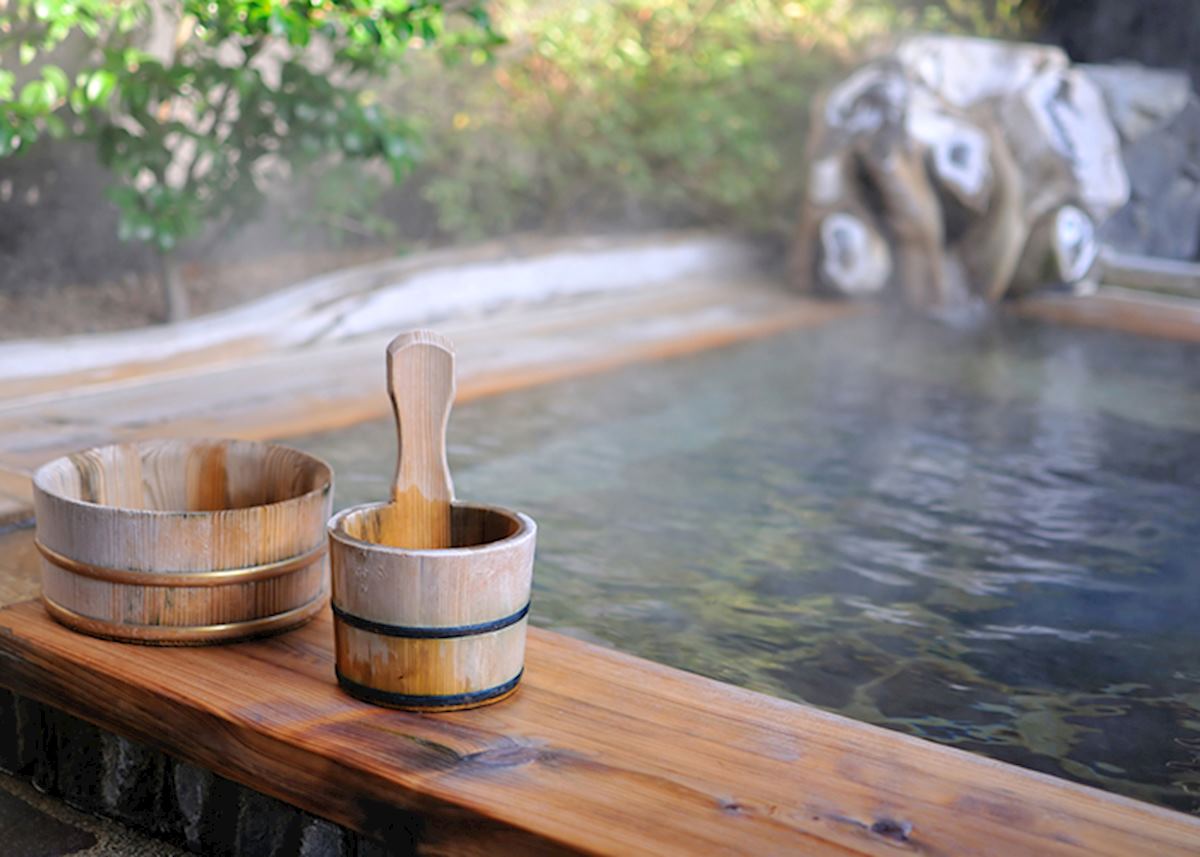 Fresh, healthy food (enjoyed in moderation) and weekends spent luxuriating in volcanic spring baths: it’s little wonder the Japanese enjoy the highest life expectancy in the world. I suggest a visit to the tiny spa town of Kurokawa, on the south island of Kyushu, (which you never know) might even increase your own longevity.

Built over volcanic springs, Kurokawa is where the Japanese come to relax. The town is a network of ryokan (traditional inns), each with its own spring bath.

On arrival at Yumotoso Ryokan, I was dressed in a traditional yukata (cotton robe) and given a map detailing Kurokawa’s selection of baths. My time in the town was spent dipping into a variety of hot springs — from a natural cave bath, to an open-air pool with views of Mount Aso — wandering between each one in my yukata.

When it’s time to eat, you can increase your wellbeing further with a tofu steak. I‘m aware tofu doesn’t strike excitement in many people, but it’s one of the best meals I’ve had in Japan. At Tofu Kissho the handmade tofu steaks have a delicious soft texture and are served with a rich miso sauce.

Vatican City: the smallest state in the world 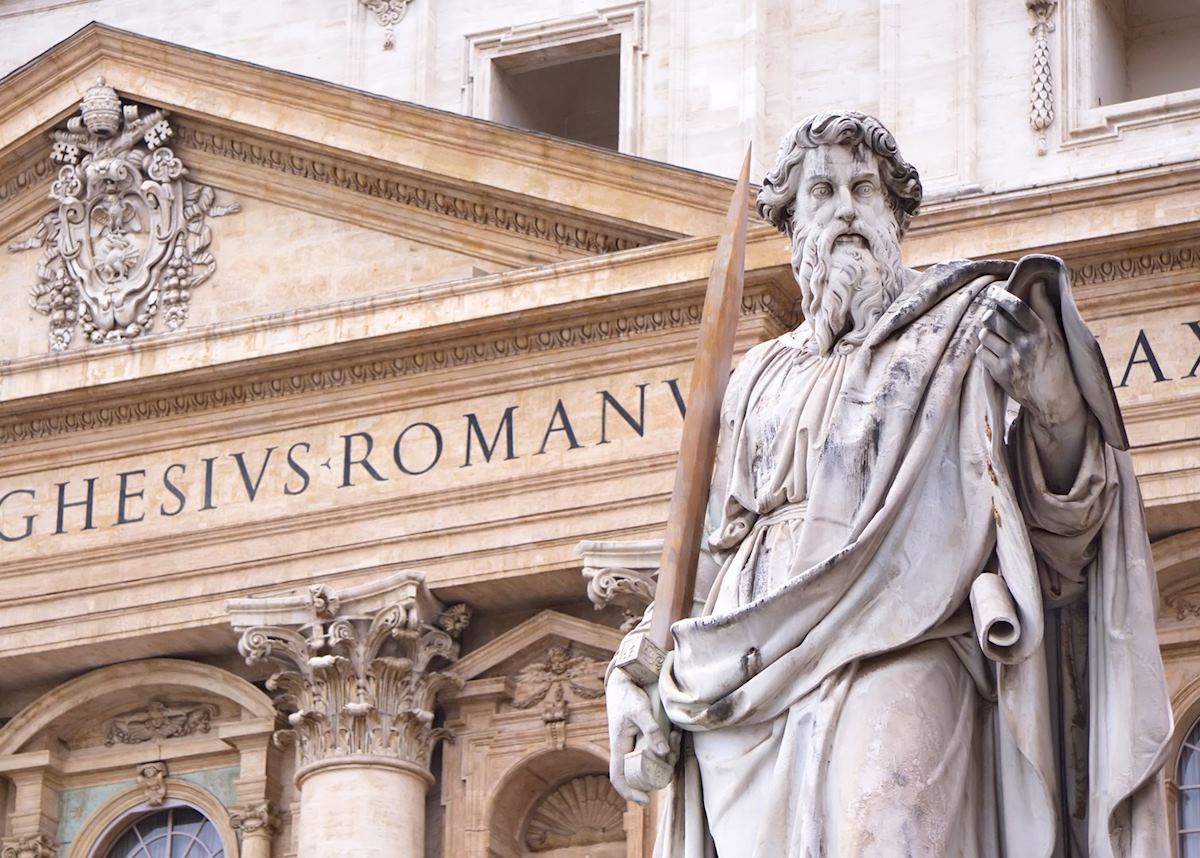 Statue of St Peter at the Vatican, Rome

Vatican City sits on a small hill by a bend in the Tiber River, sequestered from Rome by massive brick walls. It measures only 0.4 sq km (about 0.2 sq miles), which makes it the smallest state in the world. However it holds an outsized place in Western culture, boasting more art per square foot than any other country.

The Vatican Museums are made up of a sprawling complex of buildings that houses more than 70,000 works accrued by different Popes over the centuries. The collections include art from around the world and throughout history. You’ll find ancient Egyptian sarcophagi and Etruscan vases as well as paintings by modern masters and art from every period between.

The city is best-known for works by Renaissance artists like Botticelli, Ghirlandaio, Perugino, Luca Signorelli, Pinturicchio and, most prominently, Michelangelo. A listing of Michelangelo’s works featured in Vatican City would be overwhelming but of two of the most renowned are the ceiling frescoes in the Sistine Chapel and his pietà, a marble sculpture depicting the Virgin Mary cradling her son’s dead body. He did not live to see the final construction of his greatest architectural feat — the dome of St Peter's Basilica — but 400 years later, it continues to dominate the Roman skyline.

The long climb to the top of the dome repays the effort with an unparalleled view of the city, the rooftops of Rome basking in the sunlight.

The lines for the museum are notoriously long, so I suggest that you hire a private guide who can purchase tickets ahead of time to help you bypass the wait. A guide can also help you navigate the thick crowds inside the museums. The strictly enforced dress code forbids shorts, miniskirts, and bare shoulders, so be certain to dress accordingly.