Aoraki, or Mount Cook, stands at an impressive 3,754 metres tall and lies in the Southern Alps the mountain range that breaks through the length of the South Island. It is here that many visitors to the country have caught their first glimpse of the dramatic peaks that the South Island has become so renowned for.

Mount Cook has much to offer all year round.

Aoraki, or Mount Cook, stands at an impressive 3,754 metres tall and lies in the Southern Alps the mountain range that breaks through the length of the South Island. It is here that many visitors to the country have caught their first glimpse of the dramatic peaks that the South Island has become so renowned for and it is here that I, like so many others, have discovered their love of the mountains and the great outdoors.

Mount Cook and the surrounding national park are considered to be historically and culturally very important to New Zealanders. The mountain was named in 1851 to honour Captain James Cook who first surveyed and circumnavigated the islands of New Zealand in 1770. 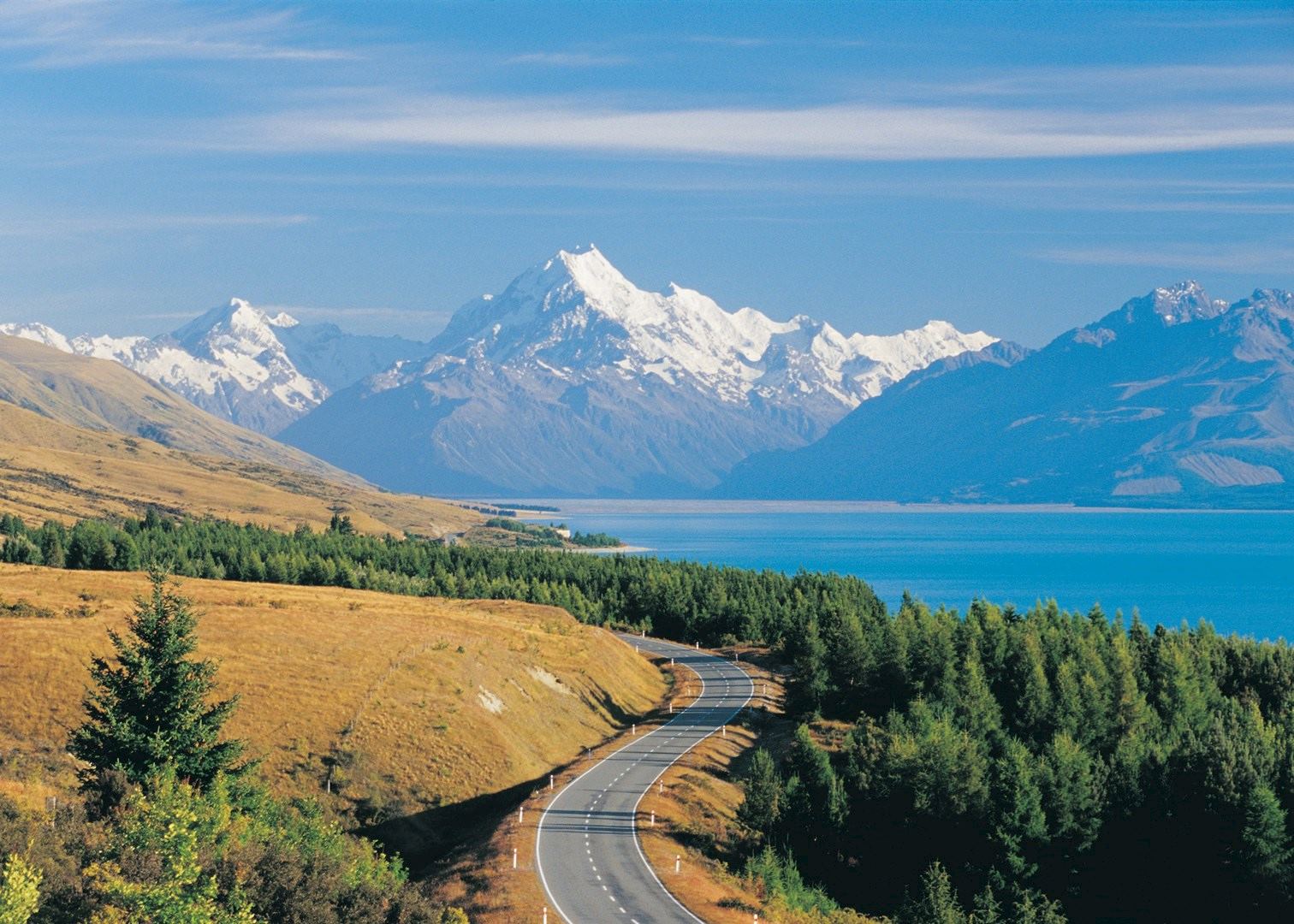 As well as the country’s highest peak, the national park has 19 smaller peaks standing over 3,000 metres high and 72 named glaciers which cover over 40 percent of the park’s 700 square kilometres. It is therefore no surprise that the national park plays host to thousands of visitors every year, some attempting to climb many of these peaks and others who simply come to marvel at what is some of the country’s finest and most dramatic mountain scenery. 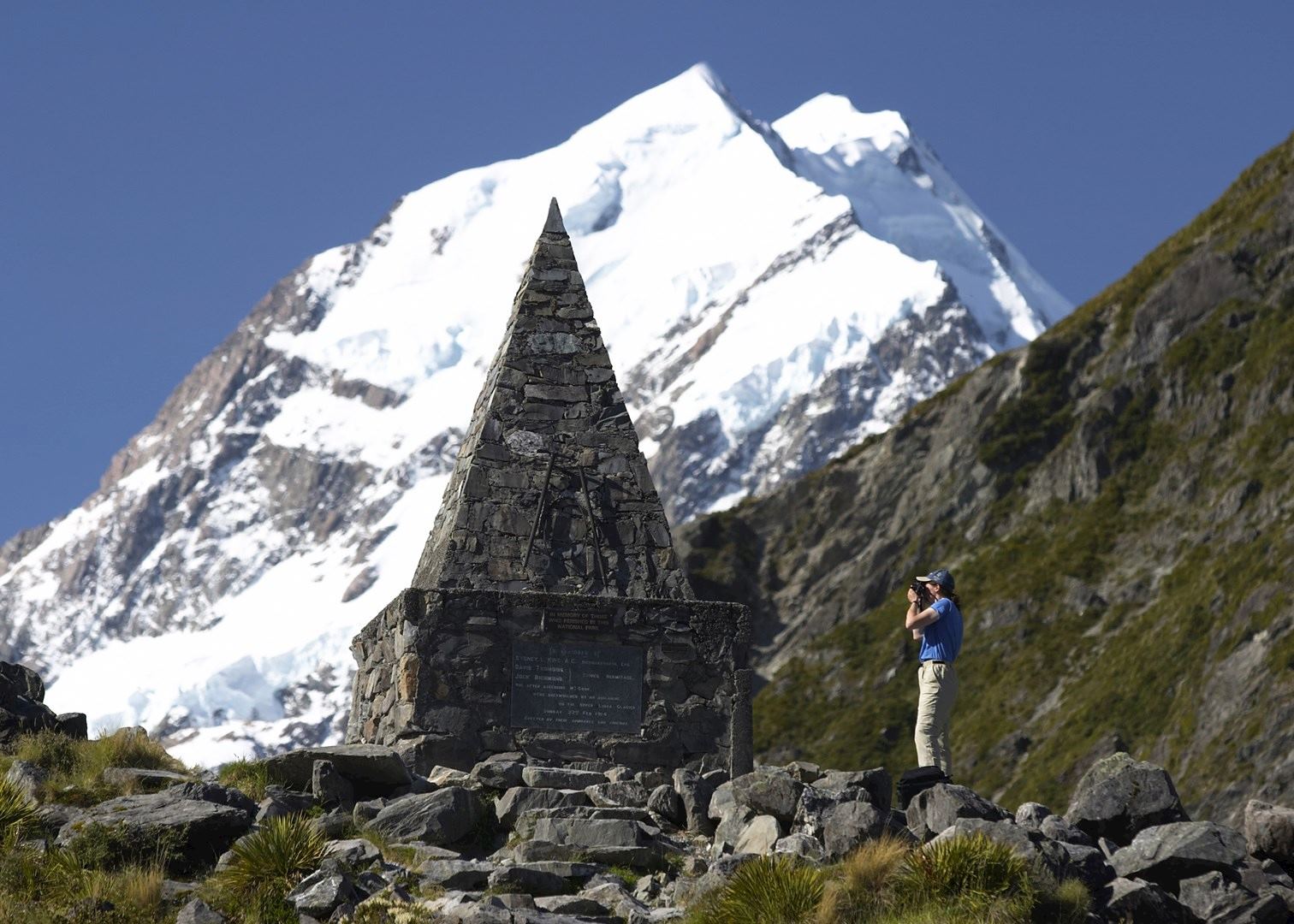 During my first visit to New Zealand I was lucky enough to have the opportunity to hike, or tramp as the Kiwi’s call it, up to Muller hut, a demanding five kilometre hike from Mount Cook village. The rewards of this climb are impressive, Mount Cook to the north, Muller Glacier to the south, Lake Pukaki to the east and the glacier-draped peaks of the main divide to the west. It was here when I looked back across this panorama that I vowed that this wouldn’t be my last visit to this spectacular country.

Although the walking and climbing in this part of the country are perhaps more challenging than in some of the other national parks, the scenery is accessible to all visitors. One of my favourite ways to explore is by taking a scenic flight or ski plane. These trips offer stunning aerial views of the mountains and some will have you land on the newly fallen snow covering the Tasman Glacier. 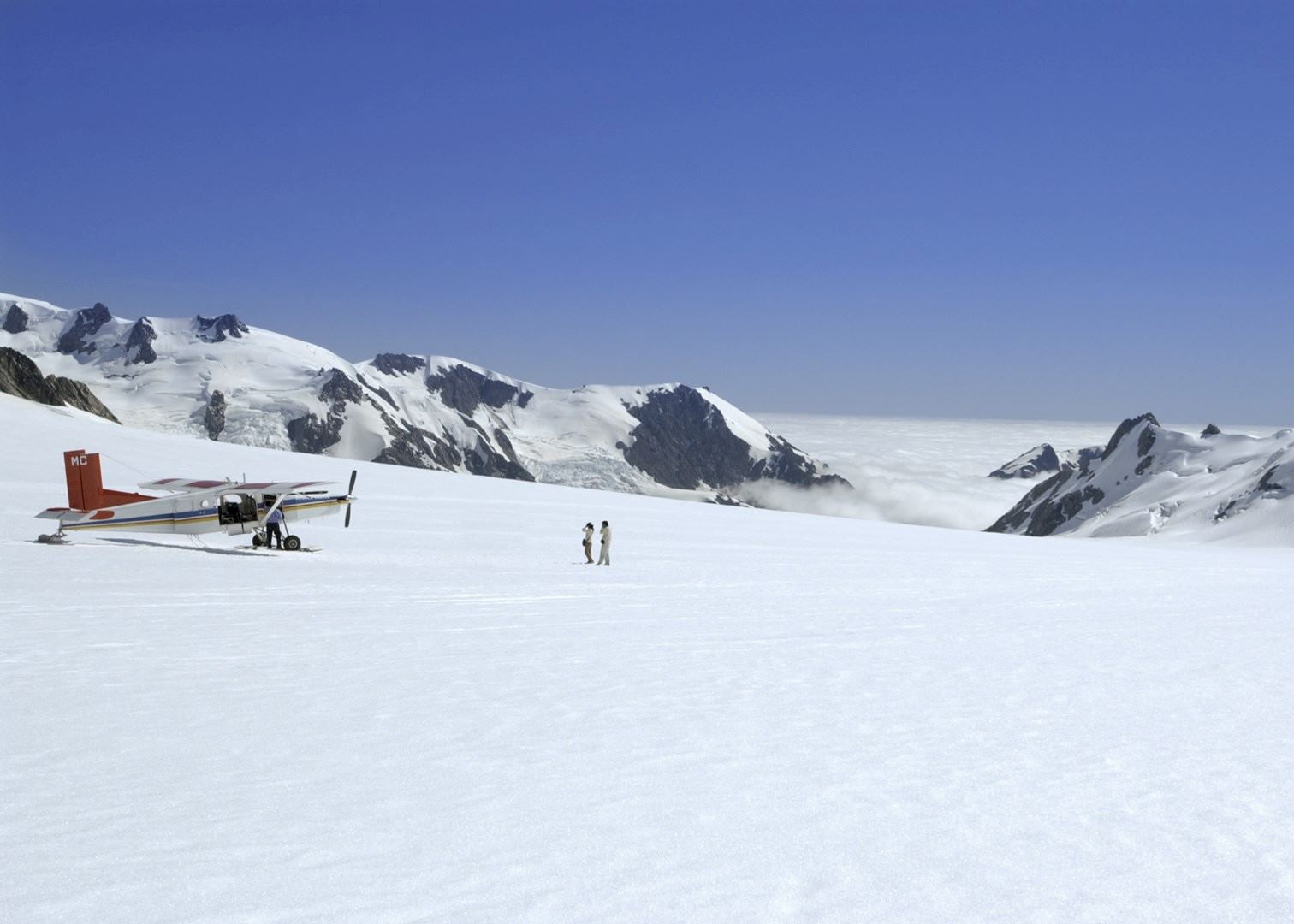 As well as admiring the scenery in this spectacular national park I would recommend a visit to the Sir Edmund Hilary Alpine Centre, established by New Zealanders as a tribute to their favourite mountaineer. It is here around Aoraki Mount Cook that the young explorer discovered his passion for the mountains. Sir Edmund Hillary was born in Auckland in 1919, but it was the mountains of South Island and particularly Mount Cook, that prepared him for his later challenges in the Alps and of course, the Himalayas. 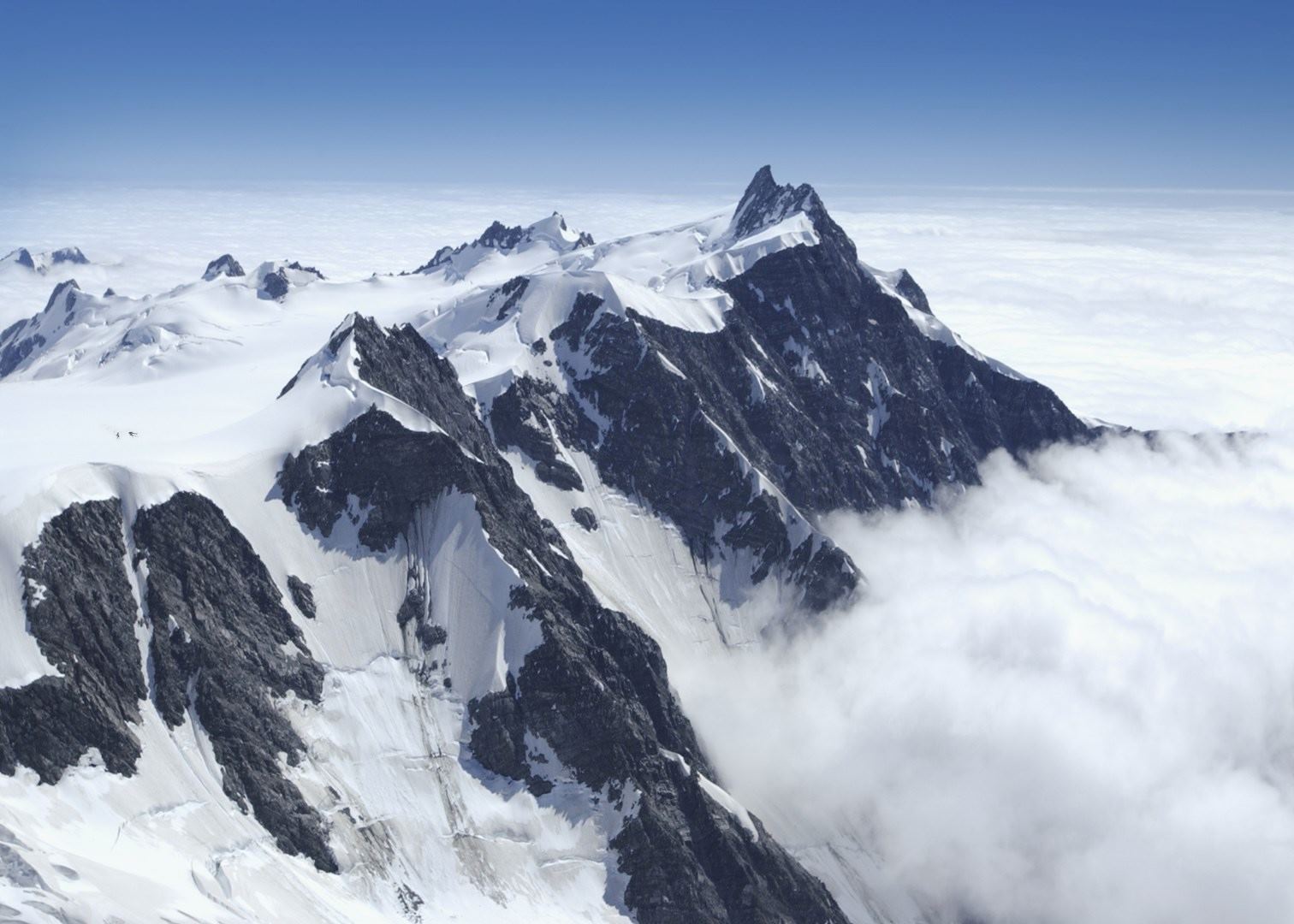 Here he climbed 11 different peaks of over 6,000 metres before attempting his ascent on the world’s highest peak. In May 1953 he became the first man to reach the summit of Mount Everest, 8,848 metres above sea level, and the highest point on earth. He is therefore understandably one of New Zealand’s most prominent figures and his story is here for all to see. If you are planning a trip to New Zealand, whether you are keen to follow in the footsteps of Sir Edmund Hilary, or if you just want to sit back and admire the dramatic scenery, then a visit to Mount Cook is a must. 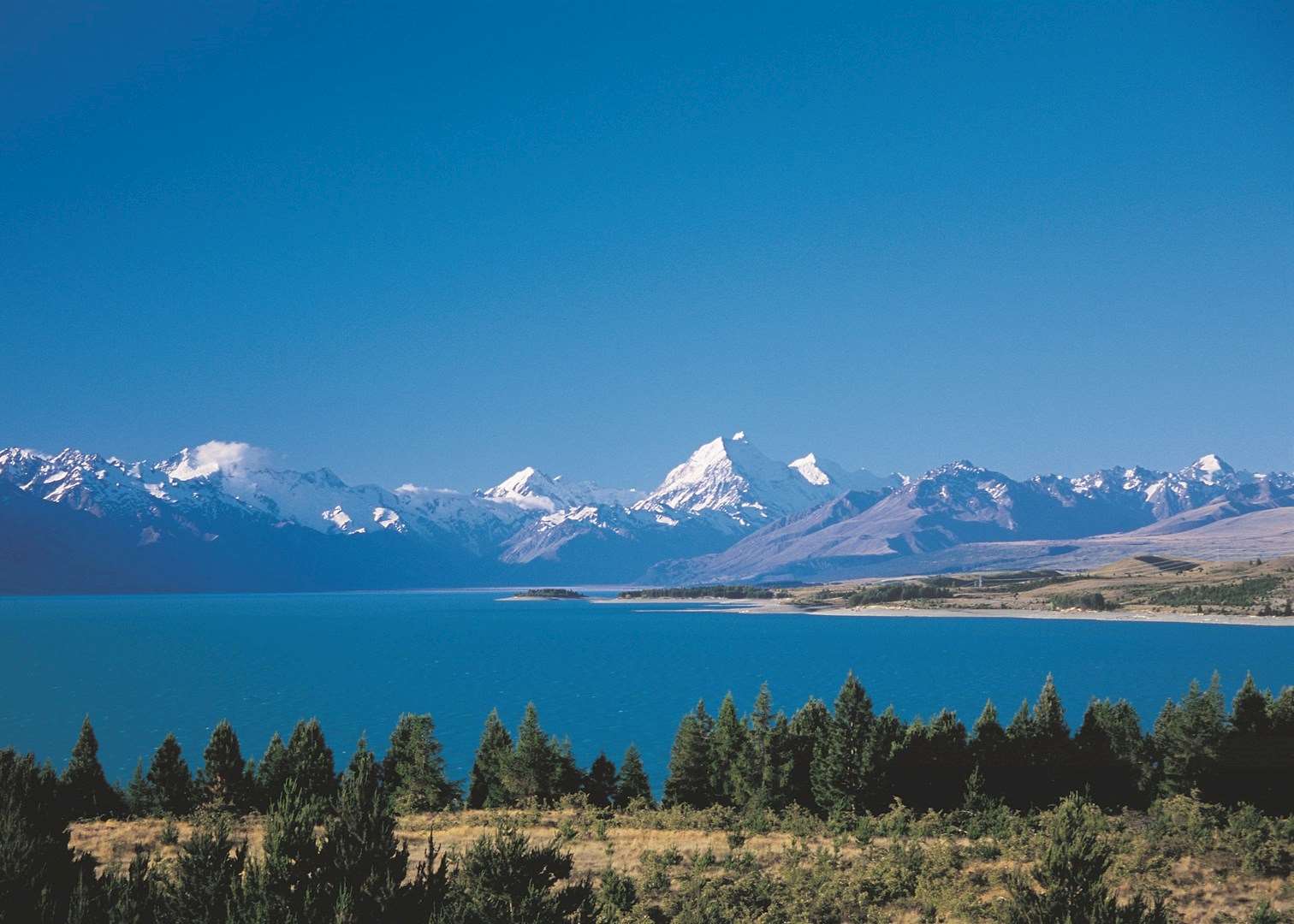 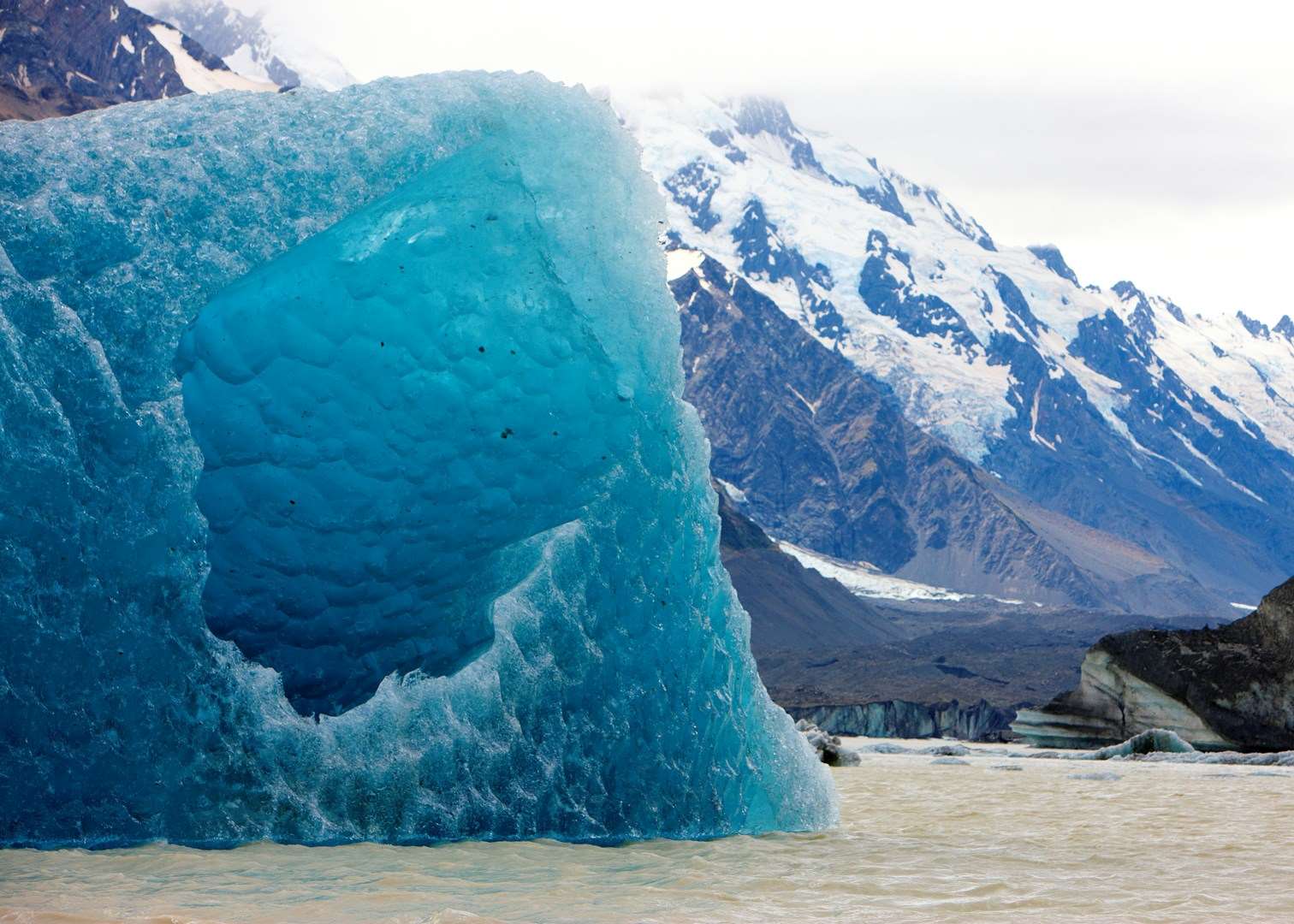 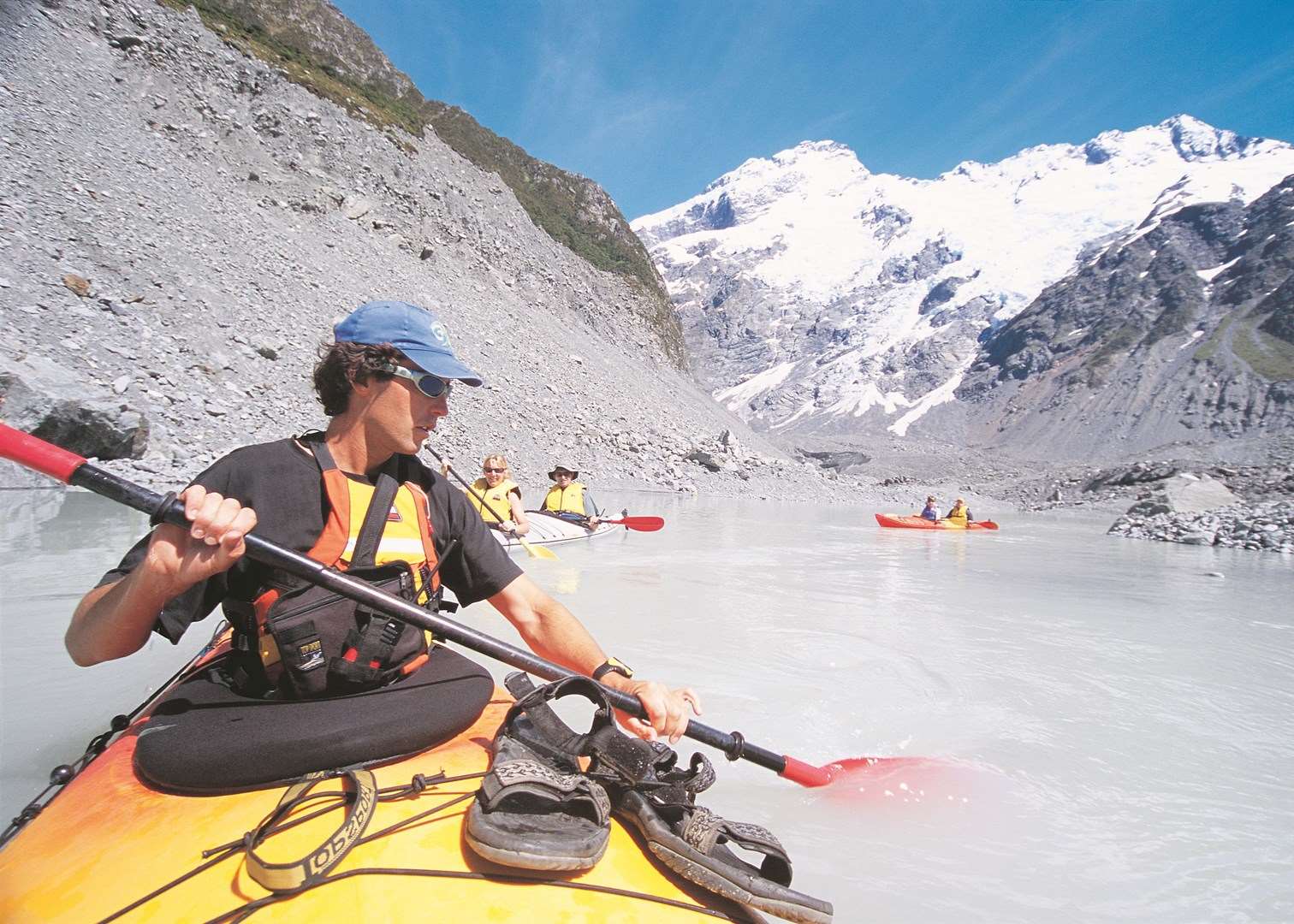 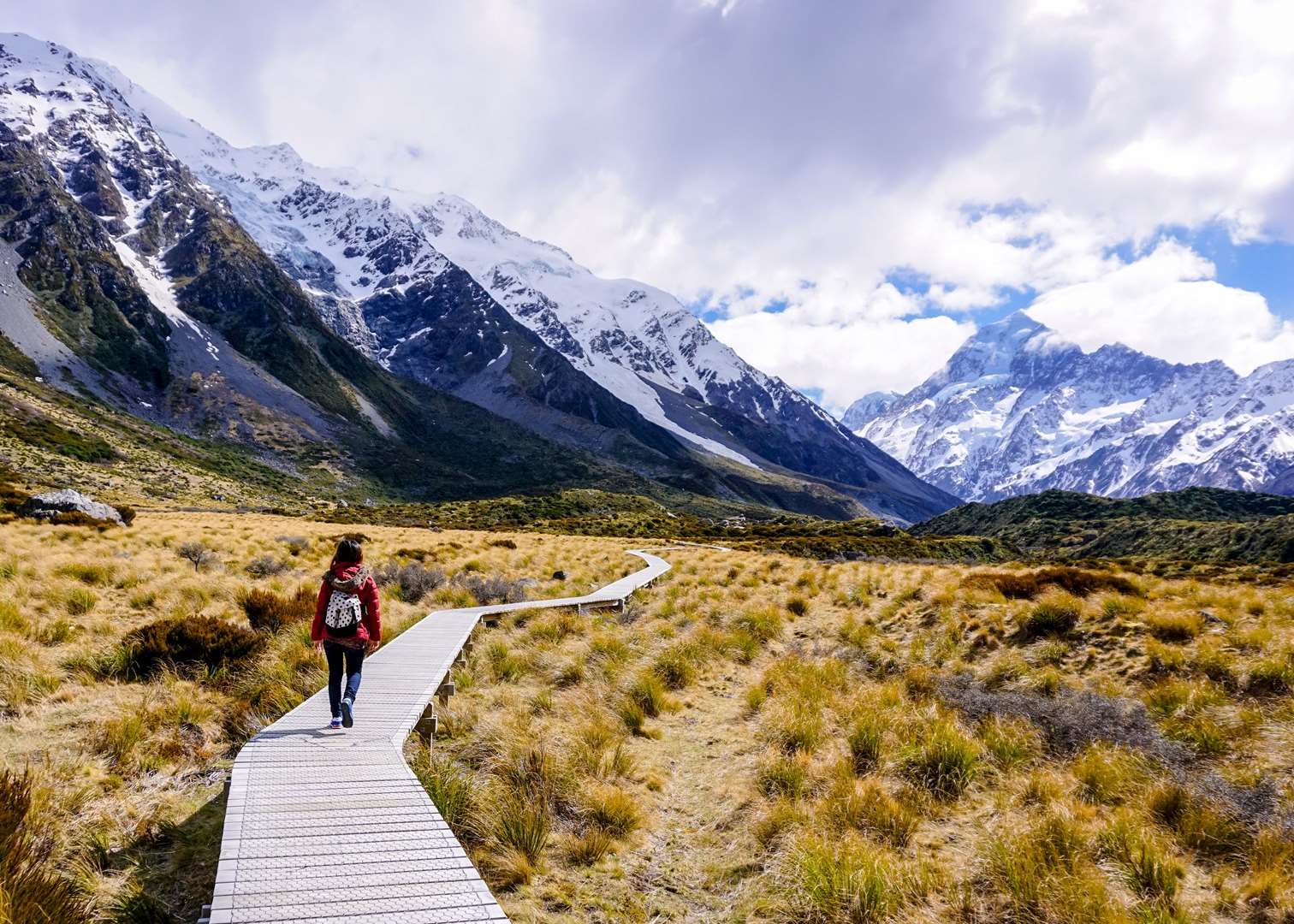 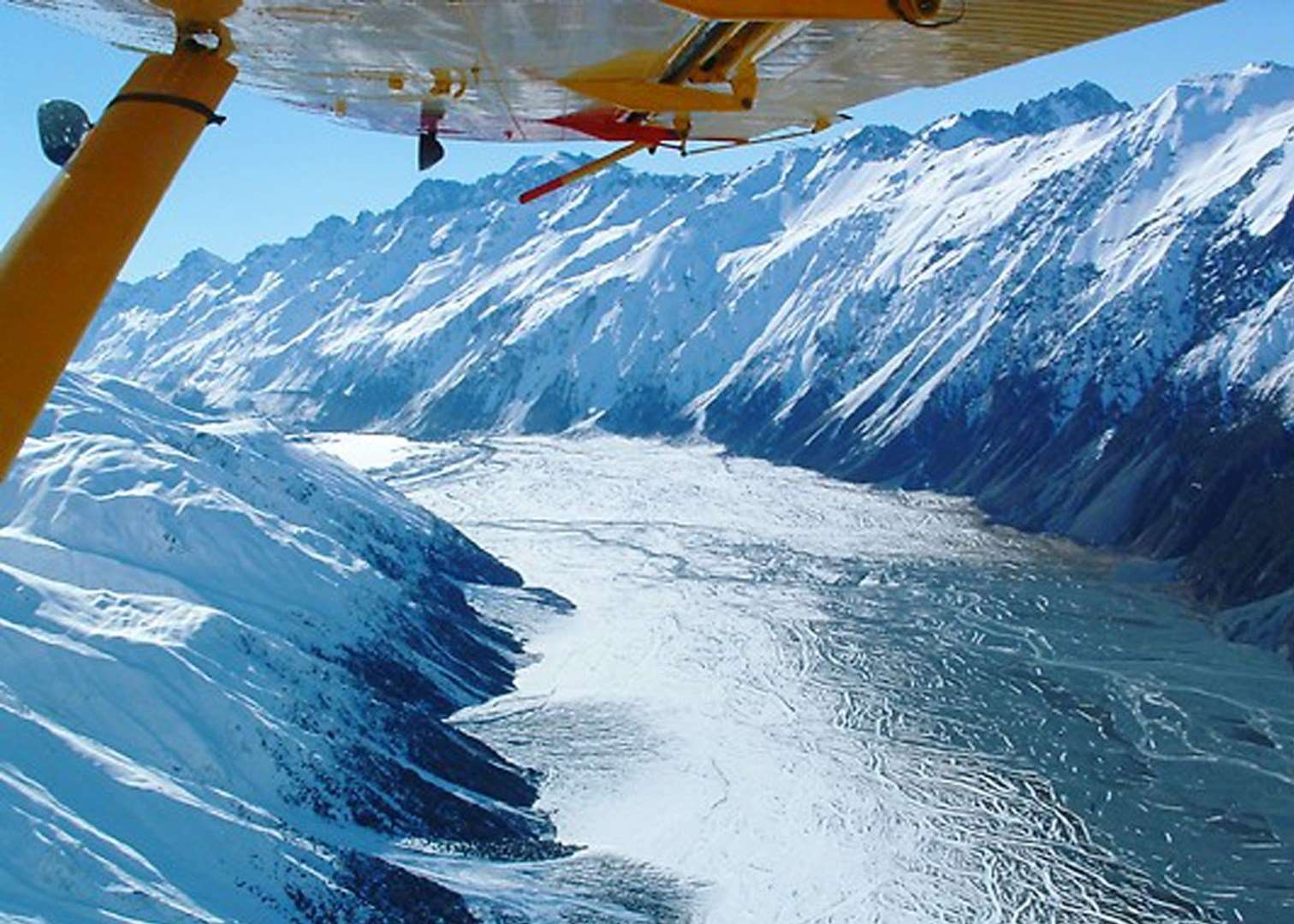 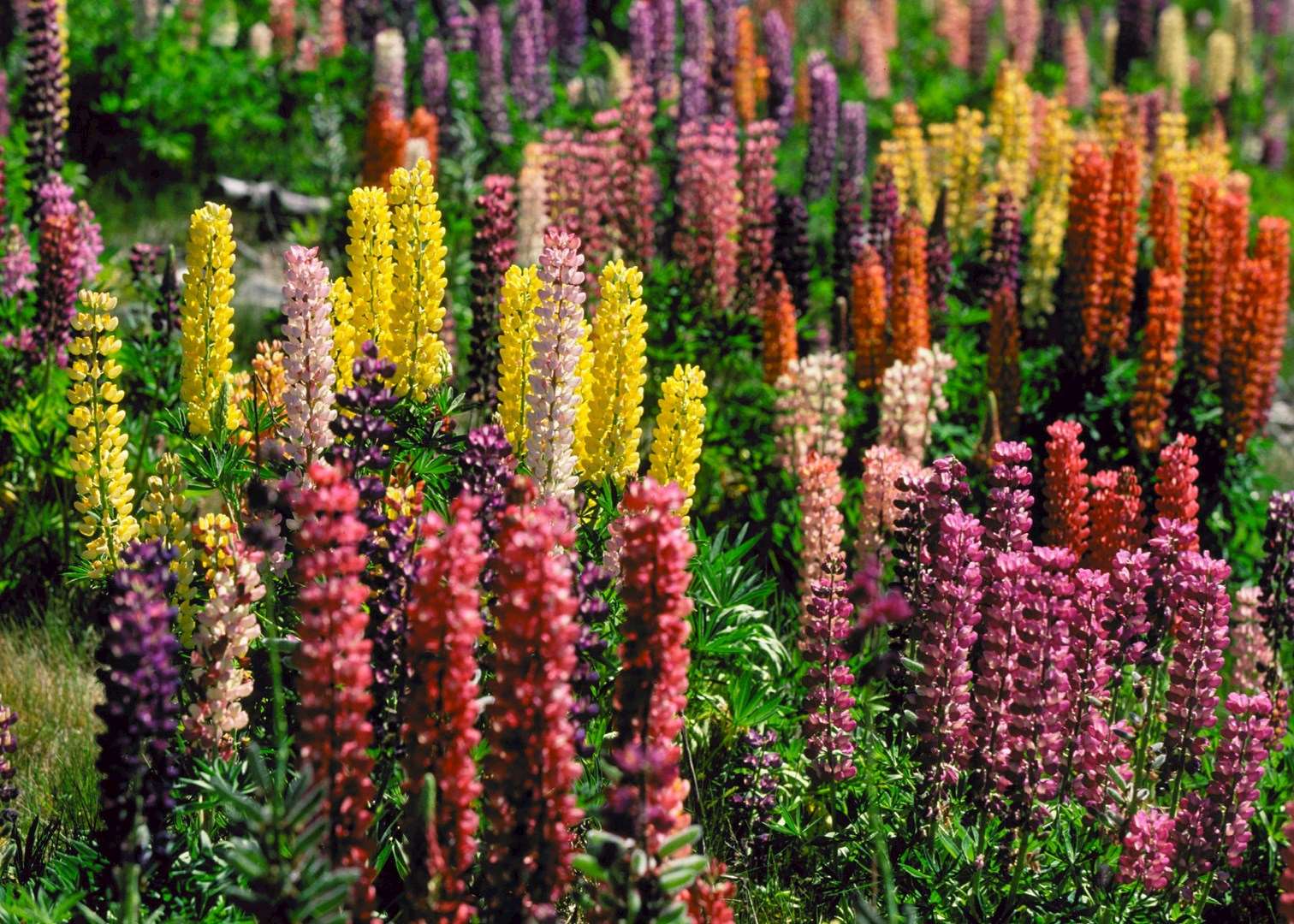