The wildlife is simply spectacular in Costa Rica. 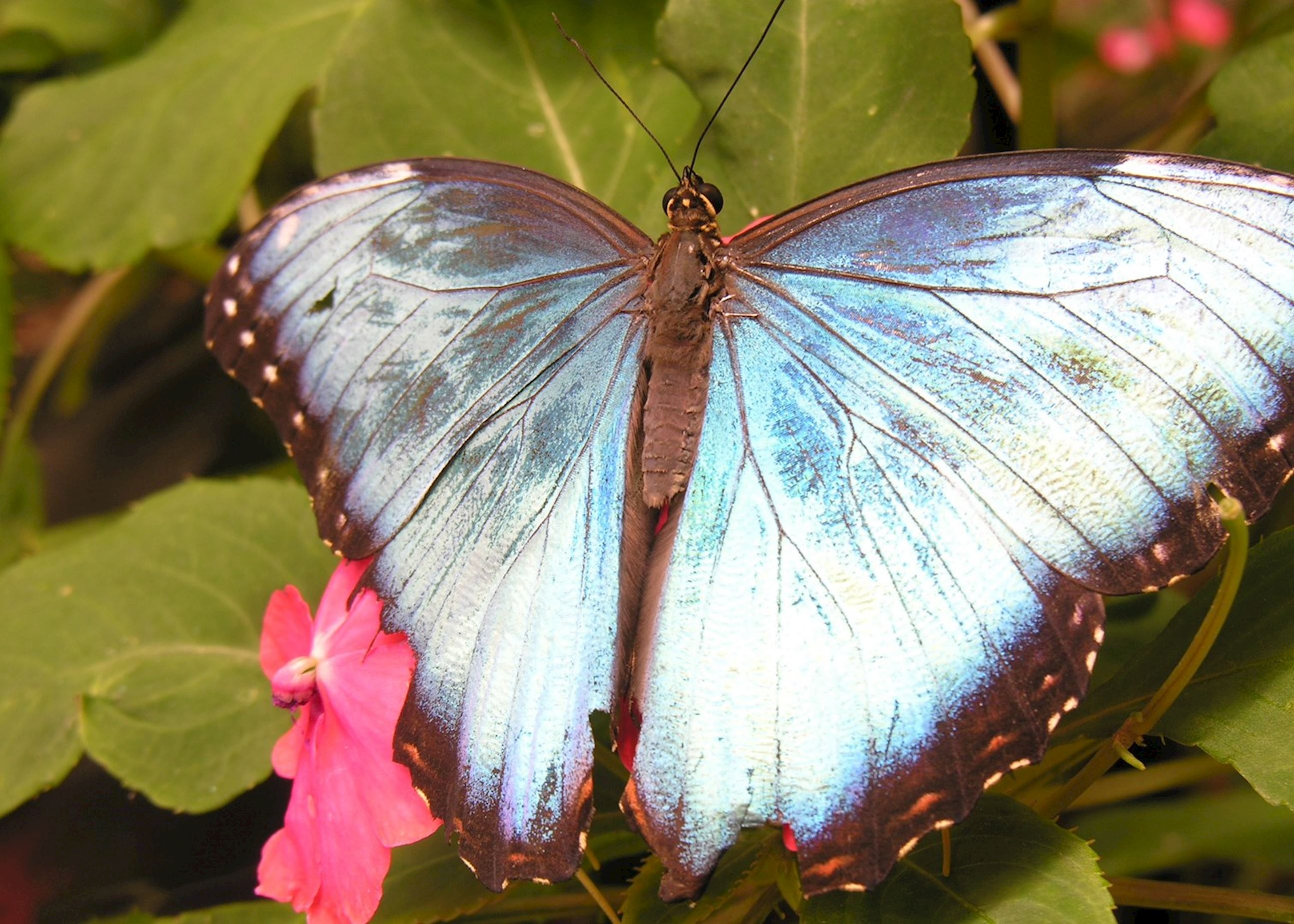 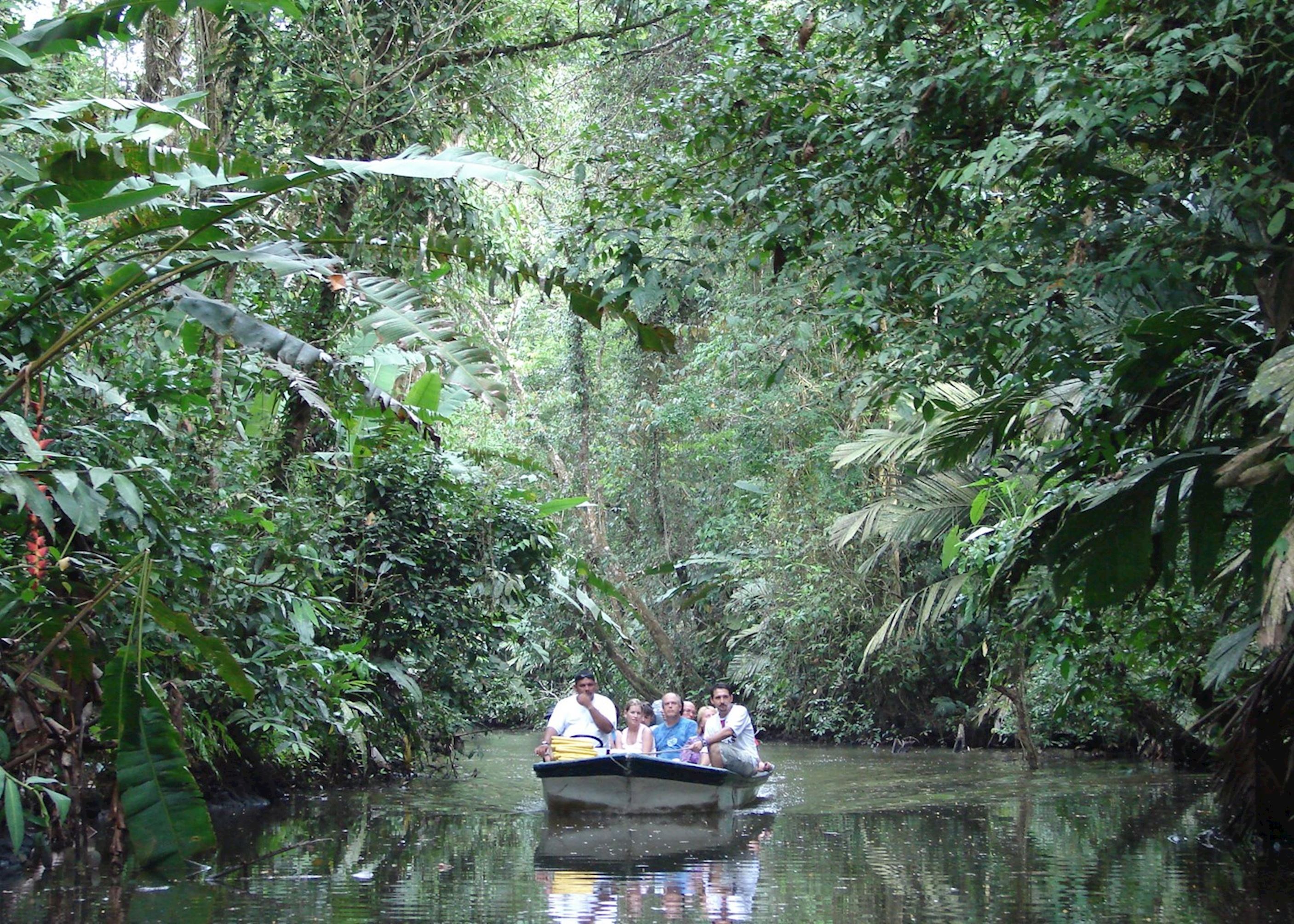 A great area for spotting a range of wildlife and water-birds, Tortuguero National Park is one of the most visited in Costa Rica. Although it is a reasonably remote area just over 250 kilometres from San Jose on the north east Caribbean coast, it is easily accessible by road and boat or by plane. The park covers 190 square kilometres and is well worth the journey, particularly between July and September when endangered green turtles make their way up to the beach to lay their eggs in the sand. 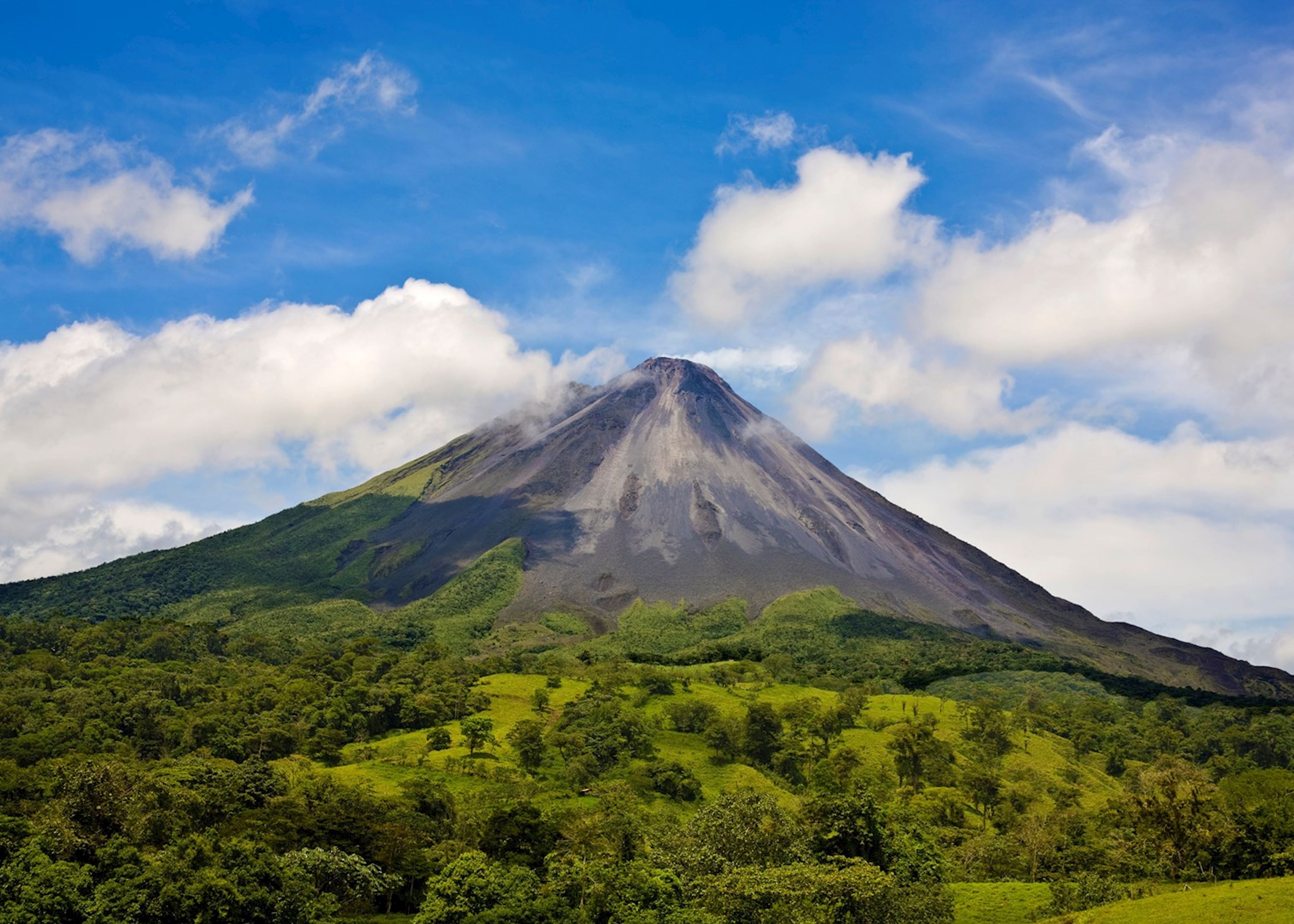 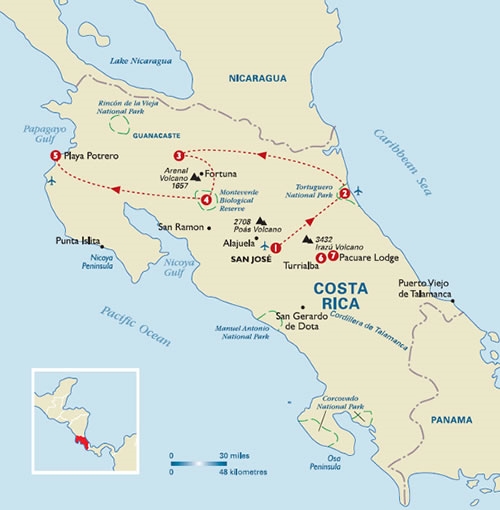 Example 14-day itinerary
A 14-day trip to Costa Rica including including San Jose (1), Tortugeuro National Park (2), Arenal (3), Montevere (4) and time on the beach in Playa Potrero (5) costs from £1,895 per person including international flights and shared transfers throughout.

Example 18-day itinerary
A more comprehensive 18-day trip that includes some of the hidden gems of Costa Rica, such as Turriabla (6) and Pacuare Lodge (7) costs, from £3,830 per person. 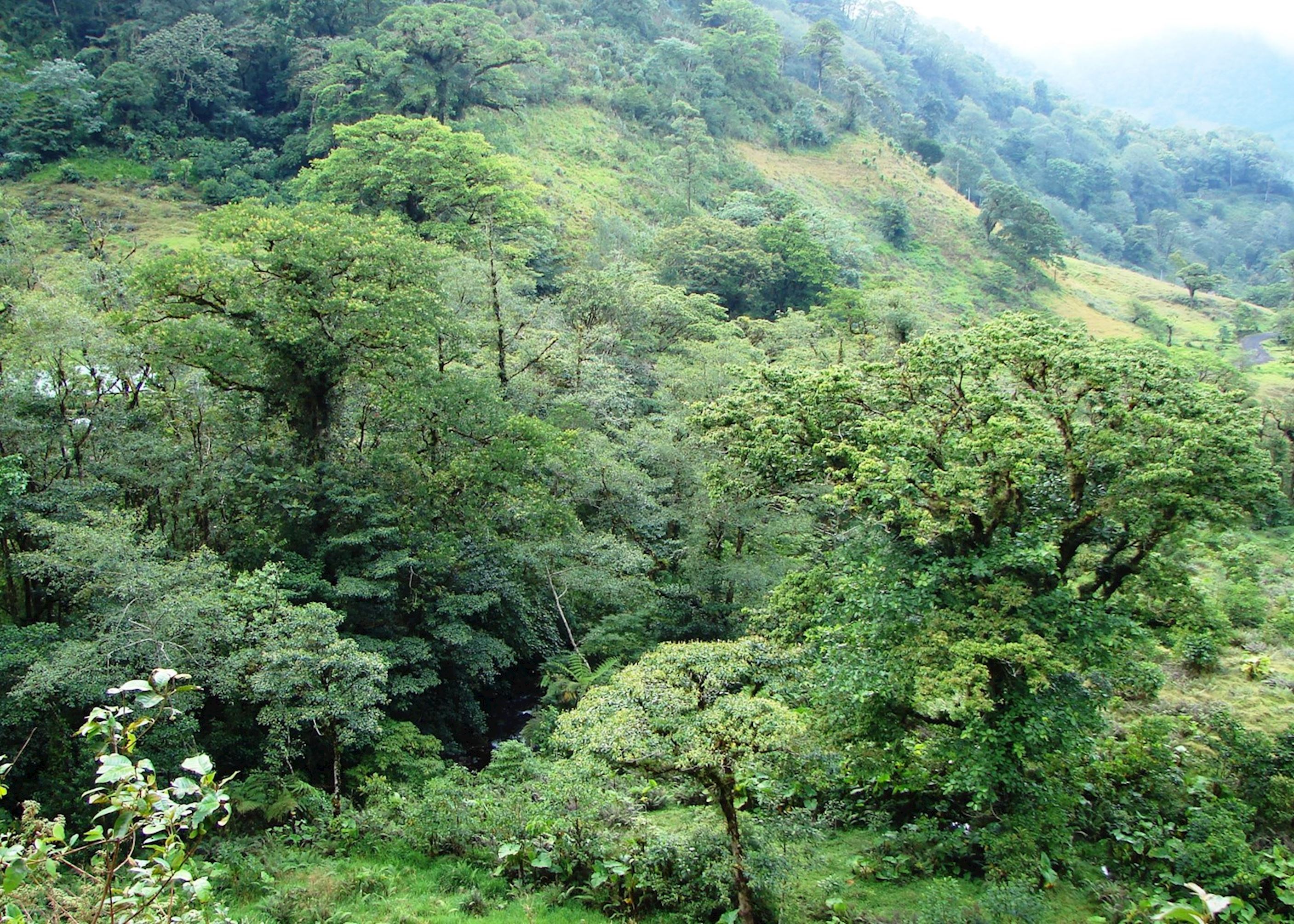 Thanks to their high altitude Costa Rica’s magical cloudforests attract different species of flora and fauna from their low-lying cousins. One of the most memorable is the beautiful resplendant quetzal, a stunning little bird of emerald green and ruby red plumage. The most well-known of the cloudforest reserves is Monteverde, which offers a variety of experiences from birdwatching to horseriding, canopy walking and zip lining. Monteverde is now quite a substantial town, so for those in search of a more peaceful ambience, the more remote San Gerardo de Dota to the south of San Jose, or the Los Angeles cloudforest reserve near San Ramon may be a better bet. 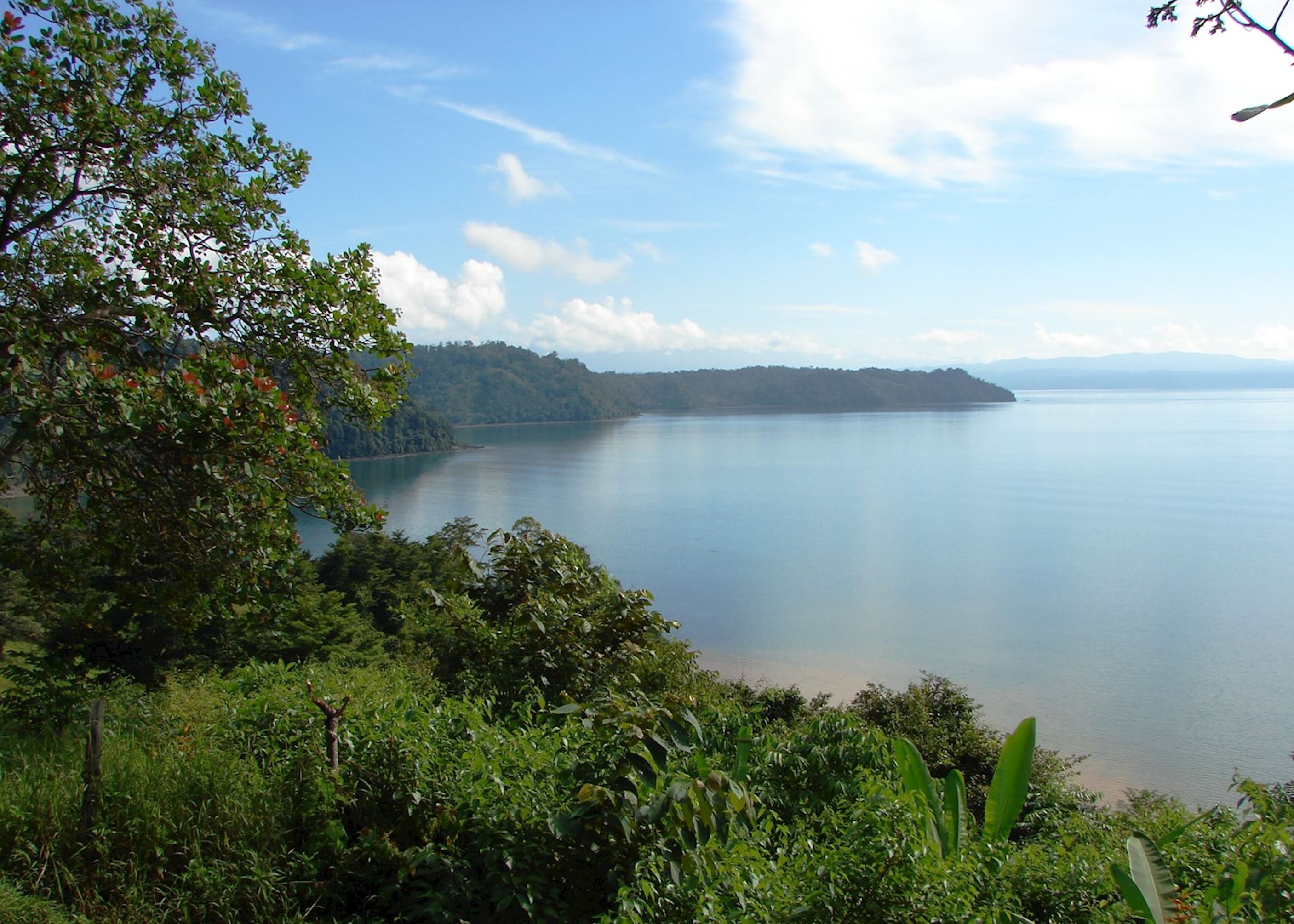 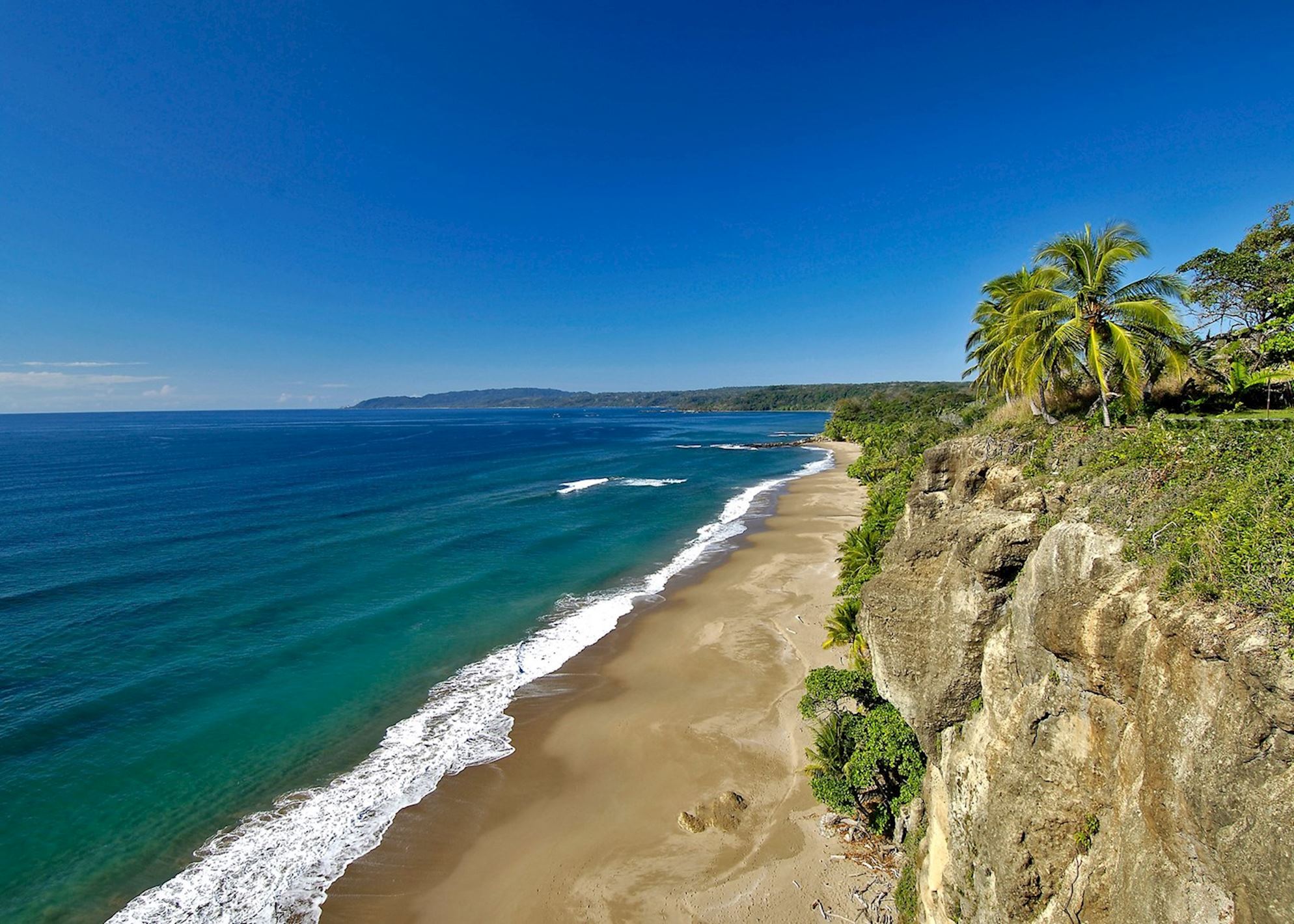 With over 1,300 kilometres of coastline, Costa Rica has a variety of beaches, from sheltered, golden sands ideal for swimming to more rugged and wild beaches with black volcanic sand and strong surf. As a general rule the Pacific coast is more developed and has a wider range of accommodation options. The Caribbean coast is a more laid-back area, with smaller, more simple hotels and virtually deserted beaches.

In Costa Rica, we have teamed up with Friends of Conservation to support VIDA, an NGO, who are working with communities to conserve threatened habitats and species. Areas demanding particular attention are the cloudforest region of Montverde and the southern coastline where research continues into whale populations.

Find out more about tailor-made holidays to Costa Rica 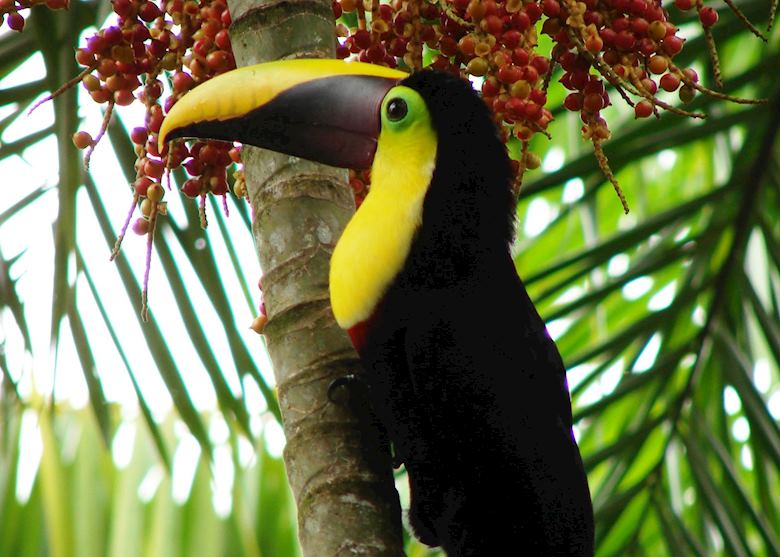 Book a holiday to experience one of Central America's more popular destinations. Enjoy whitewater rafting, volcanoes and hiking in Costa Rica, along with breathtaking wildlife in the Monteverde Cloud Forest.