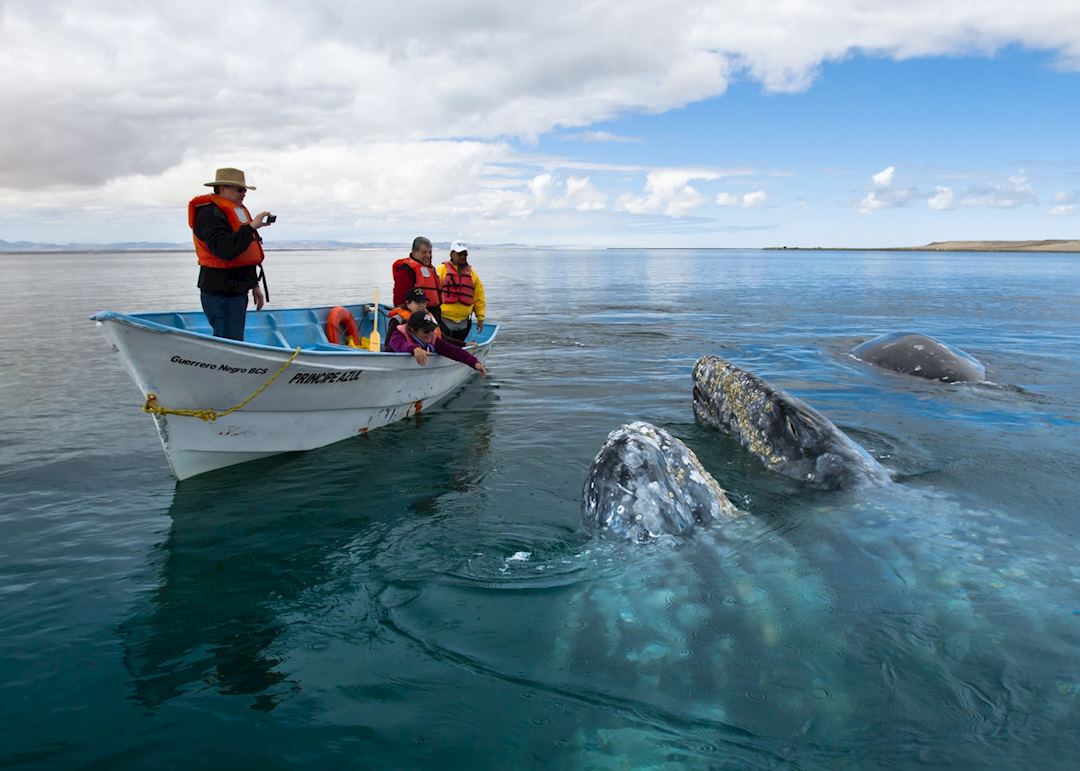 Whales were in abundance, and friendly!

I hardly expected to get up close. The tendency in other climes had been in the order of ‘minkes’ at half a mile. So, what then was so special about watching grey whales off the west coast of Baja California, Mexico? I suspect it was the fact that we were going out in small boats with skilful helmsmen into the lagoons, where mother and baby whales were in abundance, and what’s more, friendly.

They came up to the boats quite readily, perhaps attracted by the sounds of the engine, propeller and the helmsman pouring water on to the sea. They cruised nearby before diving around the boat and then coming up alongside for a stroke, or on more than one occasion, a kiss from one of the other passengers who was obviously besotted. I am not normally all that crazy about animals, but on this trip I felt like I was really connecting with these large mammals. The experience of having a whale come to the surface, look me in the eye, dive and then surface at the side of the boat to be stroked was completely new to me, and in a way quite moving. However, the fickle whale was two-timing me within minutes, on the other side of the boat.

And do they have a sense of humour? As far as I could tell, they do! Frequently they would approach our small boat, come to surface feet away from the expectant whale-watchers, and then soak them with a well-aimed blow of air and water from their spout. Hardly a scientific observation, but it certainly seemed to be deliberate at the time! Perhaps the whales perceived the cries of anguish from whale-watchers, recoiling backwards, mopping up, and cleaning camera lenses, as a valid form of communication. Who knows?