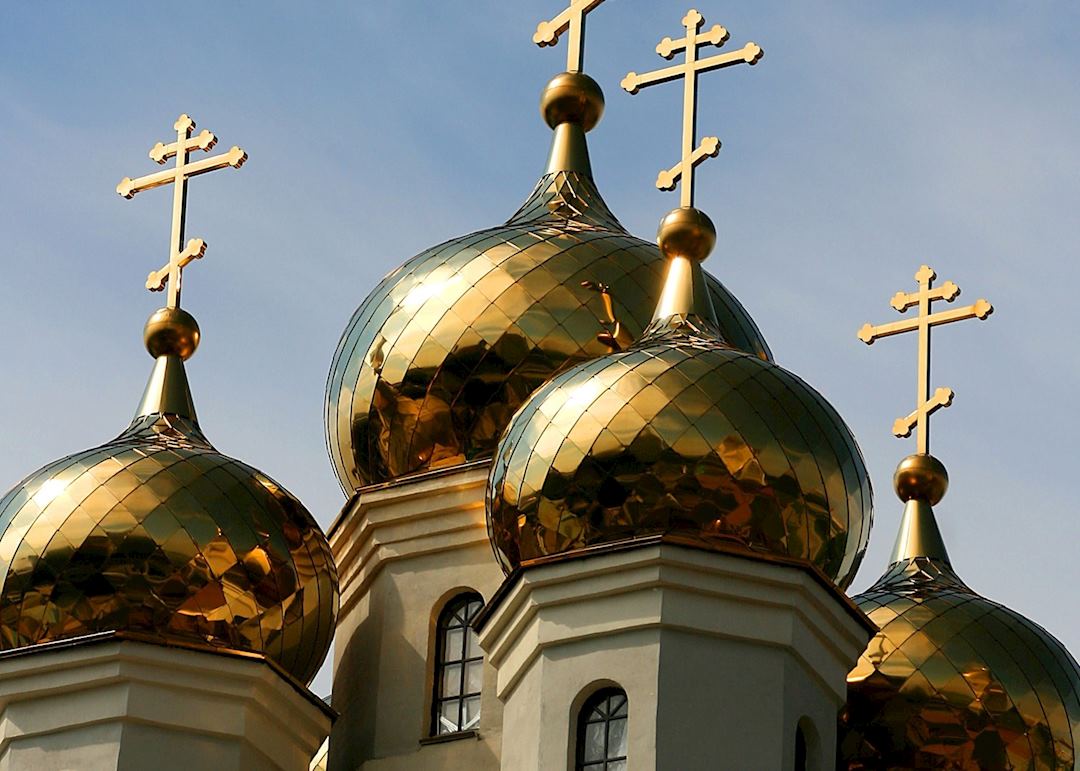 The Kremlin domes of Sergiev Posad

The local legends also date back to medieval times. My favourite is of a prince from Kiev who wanted to build a town on the banks of the Volga. The local tribe set their sacred bear on the prince, which he killed. They subsequently allowed him to build the town Yaroslavl, and bowed in fealty to him instead of their bear.

The draw of the towns is definitely their churches. These are filled with rare frescoes and icons, usually brightly coloured and richly detailed, if simply drawn. You'll be hard pushed to find a higher concentration of churches and frescoes in one area anywhere else. 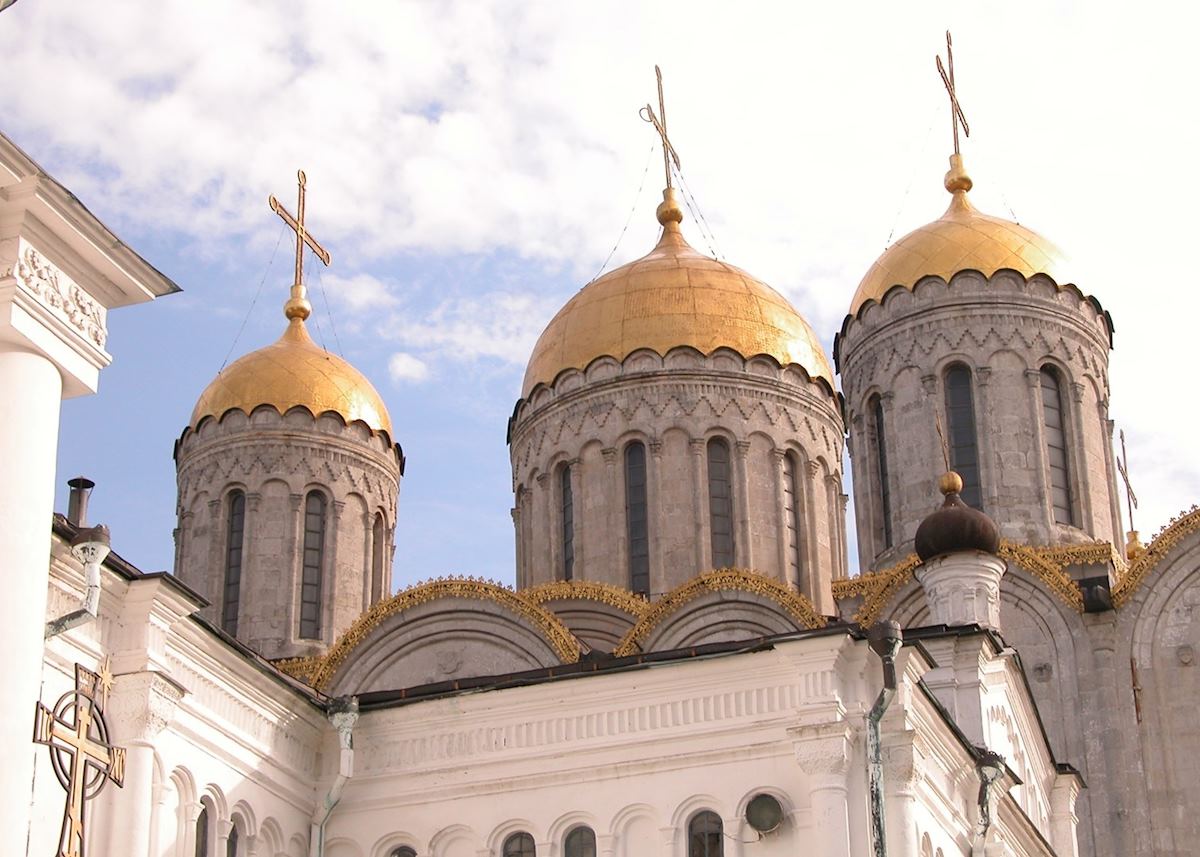 Domes of the Assumption Cathedral, Vladimir

Suggested itineraries for a holiday in Russia 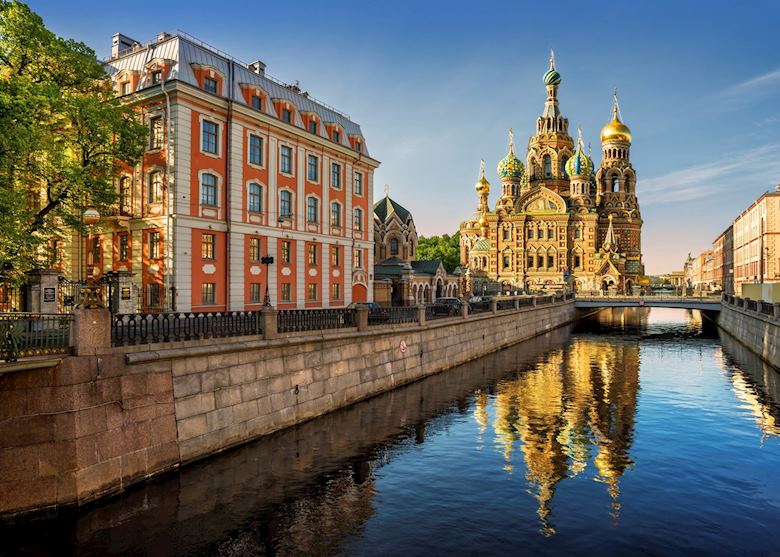 Explore Moscow and St Petersburg, travelling by day train between the two cities. 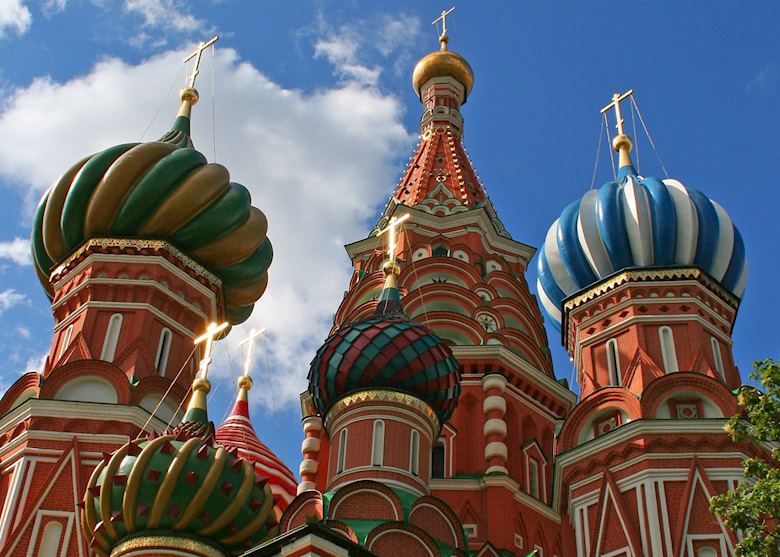 This itinerary takes in the main highlights of Moscow and St Petersburg and includes time spent in the historic Golden Ring towns of Vladimir and Suzdal. 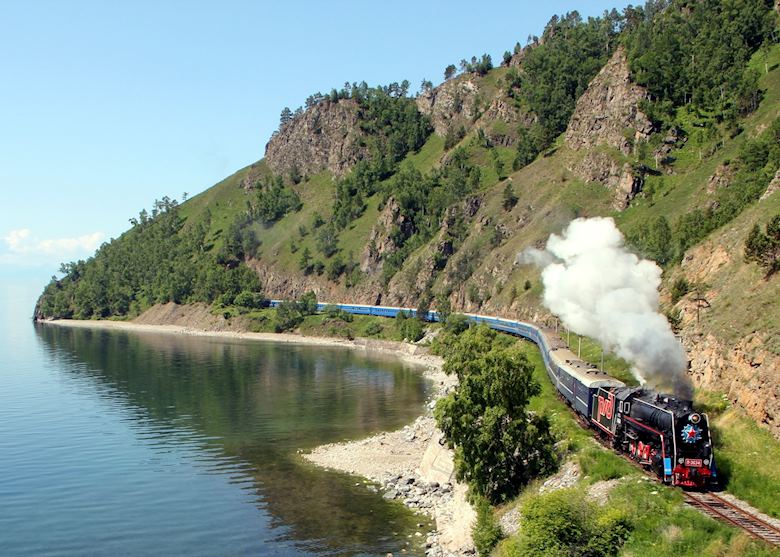 Travel along the world longest railway journey visiting some of Russia's highlights including St Petersburg, Moscow and Lake Baikal as well as Mongolia's capital, Ulaan Bataar.

John is a Russia specialist, based in the UK. Speak to him about tailor-making your holiday to Russia on 01993 838217.