Peru: a journey through time

Most people have heard of the Incan history of Peru because of the world renowned ruins of Machu Picchu and the Inca Trail. However, the history of the Andes can be traced back well before Incan rule at sites that are perhaps more impressive than the famous citadel of Machu Picchu. On my recent research trip, I explored the north of Peru beginning at a site dating back to 2500 BC. These historic sites will walk you through the history of Peru and help you discover the ancient civilizations that formed the country.

The Ventarron Temple (2500 BC - Initial to Formative Period)

Start your historical tour at the earliest known cultural site in Peru - the Ventarron Temple. Located in the city of Chiclayo and dating back to 2500 BC, the Ventarron is the site of a 4,000 year old temple, complete with many colored paintings and murals.

First discovered in 2007, the Ventarron temple wasn't open to the public until 2014. The Ventarron is located under the center of Orion's belt, which some believe suggests that this pre-civilization culture could have had astronomy beliefs as well. The site is still being excavated, so when I visited there were hardly any other visitors, giving it the feeling that I was the first explorer there.

Continue in time to the Moche civilization at the Lord of Sipan Tombs in Chiclayo. The Moche culture was a sophisticated culture in the north of Peru, and the tombs were discovered after hundreds of pieces of pottery were found while looking at the tomb.

The Moche were a very religious society, holding a belief that a person's treasure and wealth were carried into the afterlife. Because of this belief, when a king died, all of his helpers were killed with him and his jewels and pets were buried in this tomb. Much of this treasure has been recovered overtime from these tombs, a large portion of which can be seen at the Lord of Sipan Museum.

A visit to the Cajamarca region allows you a chance to see pottery from many different cultures in one place. Cajamarca had it’s own culture with unique beliefs and practices, but was then defeated by the Chavin around 900-1000 AD and was eventually conquered by the Incas.

The city of Cajamarca is one of the best examples of Incan and colonial architecture existing side by side. In addition to the Incan and colonial architecture, you can travel to the Ventillas de Otuzco for a pre-Incan cemetery. This city is a great way to connect the history of the northern Andes to the colonial and Incan history that you will find in the southern part of the country when you visit Machu Picchu. The history here will either make you extremely well prepared if you haven't been to Machu Picchu or deepen your understanding if you have.

Next, journey through history by visiting the home of The Chachapoyas culture - The Chachapoyas region. The Chachapoyas culture was born around 900 AD due to mountainization of the Andes. During this time, people moved further into the Andes in an effort to find new irrigate land. The region is the best place learn more about this ancient culture. Located in the scenic cloud forest, Chachapoya is home to a large number of historical sites, many of which are still thought to be undiscovered or inaccessible.

During my trip I learned that only about five percent of the Chachapoyas ruins have been excavated, and if you walk the length of the area you'll see many untouched sites. On top of some amazing and remote ruins, the natural surroundings here are pretty incredible with amazing Andean views at every corner and a tropical high Amazon environment.

Next, I recommend the Kuelap region, which is the largest Chachapoyas site discovered to date. At 3000 metres above sea level, this large site is full of intricate artwork, and is built atop a mountain. I was lucky to experience this site as it's currently quite difficult to get to, and those who get the chance are rewarded a much more relaxed look.

When I visited, there were only about two or three other groups on the entire site. However this is rapidly changing, and if you can, you should try to visit now. The Peruvian Government is working on a teleferico that will cut the 3 hour transfer to a 20 minute ride, likely increasing tourism and crowds.

It’s also worth visiting the community burial site of Revash in the Chachapoyas region, where families were buried in tombs made to look like tiny houses in the cliffs. A horseback ride here is exhilarating, beautiful and fascinating. For a look at more artifacts, Laguna de los Condores in Leymebamba is home to many Chachapoyas artifacts as well as several hundred mummies from the civilization, bringing new life to our understanding of the people. 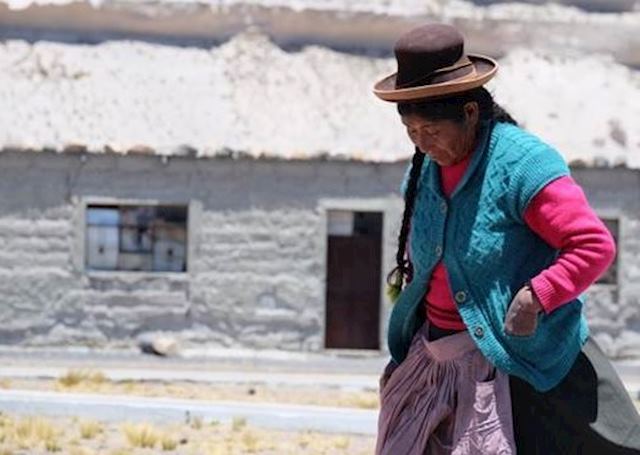