New England offers a diversity of attractions in a compact package, including sandy shores and green mountains and some of the best whale watching in the world.

To help you make the most of your visit, we’ve combed the far corners of the region to find the people who know and love it best. Here, meet some of the local innkeepers and guides we’ve worked with over the years, from a marine biologist in Boston to a British couple running a small inn in Vermont.

We caught up with David and Dora — D2 to their many guests — on the day before they jetted off to Belize for a well-earned rest after a busy season.

'We do 20 percent of our business in the fall, so we’re ready for a break,’ David explained, though his cheerful, rapid-fire speech didn’t seem at all tired. 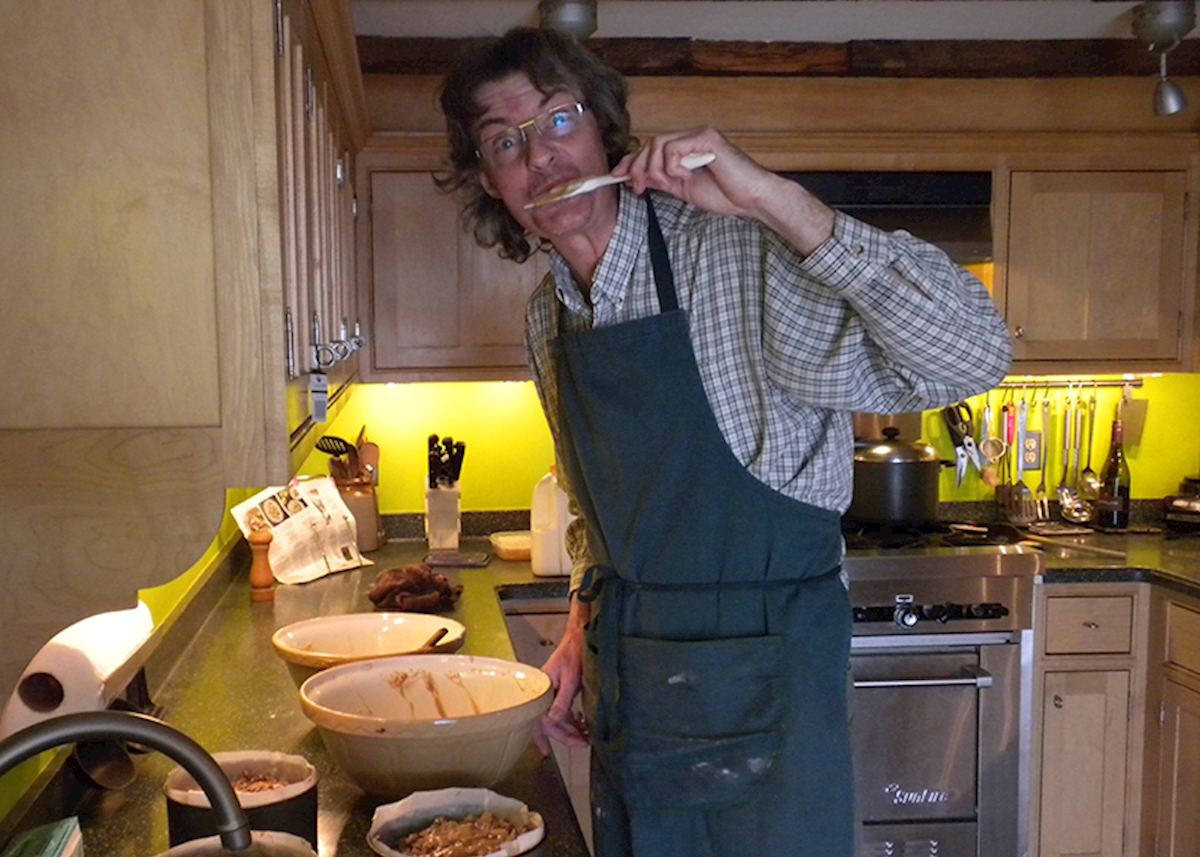 David cooking at the Woodstocker Inn 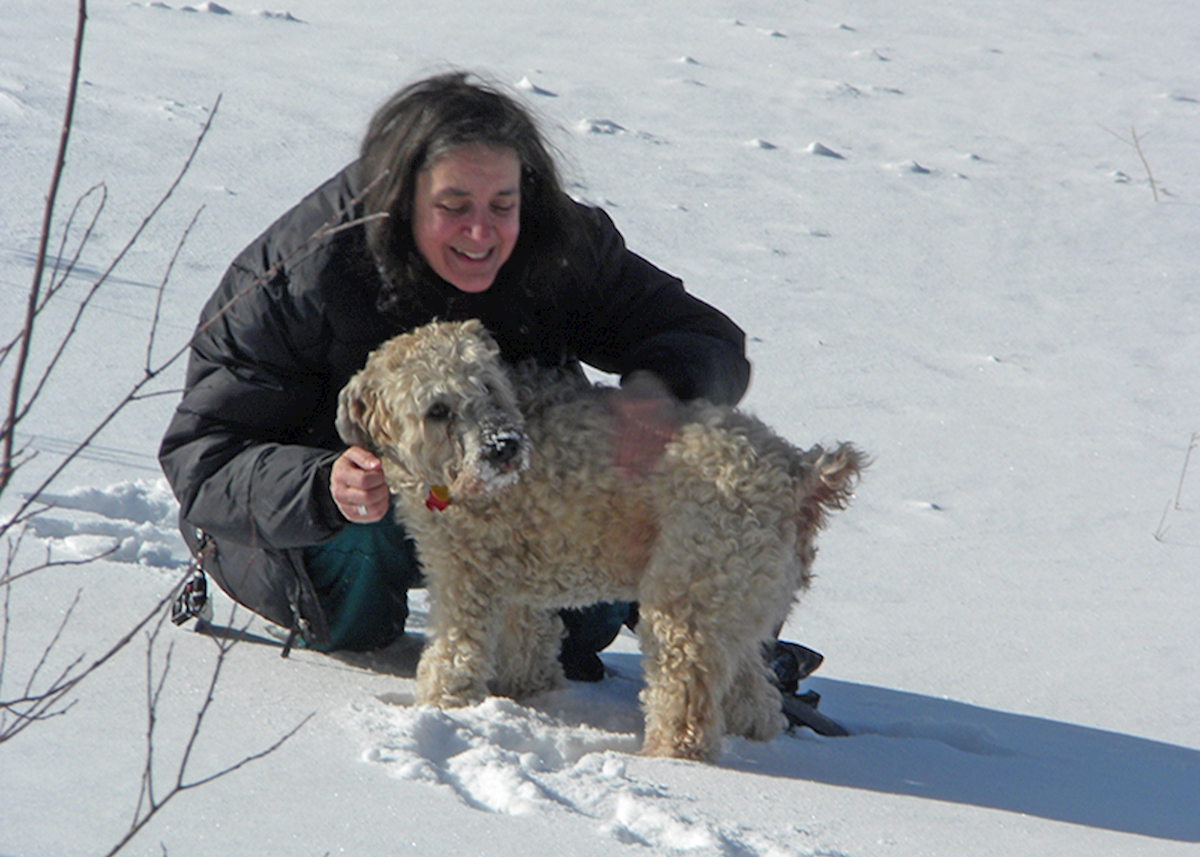 The couple runs the Woodstocker Inn, perhaps the most elegant and eclectic guesthouse in New England and one of Audley’s most beloved properties. The inn has a lot of attractions, including lavish bathrooms, a scenic location and a bold sense of design. But, in many ways, the real draw here is the hosts.

A British couple transplanted to Vermont more than a decade ago, they met in the early 1980s when working as sales reps for the same publishing house. Since then they have been lucky enough to travel around the world together. When asked how many countries they’ve visited, David says, ‘Oh, I don’t remember them all. But we’ve visited all of the continents, I know that much, and most of the U.S. states.'

That cosmopolitan aesthetic is apparent in every aspect of the inn. In an area known for traditional bed and breakfasts filled with cabbage roses and ruffles, the Woodstocker is a sophisticated breath of fresh air.

When they first bought the building in 2005, D2 gave themselves three rules: ‘No pink or beige. No doilies or lace. And all the flowers must be fresh!’ Those rules are reflected throughout the inn. All of the rooms are painted in bold hues — Shaftesbury is buttercup yellow with cobalt blue curtains and trim. Additionally, the rooms all have playful details — the Chelsea room includes a bright red, semi-translucent tub and a bathroom sink that lights up.

They did break their own rule, a bit, in the Dog House Suite, where one of the rooms is a bracing shade of bubble-gum pink. Guests can bring their dog to stay here, a rare privilege in the States, but D2 are very fond of dogs.

Sadly, Daisy Doo died earlier this year. The couple misses her presence deeply and they plan to rescue two more terriers after another trip they have planned for spring. ‘We always fed her the ends of the sausages, but we have to throw them out now that she’s gone.'

When asked about the difference between Britain and America, David talks thoughtfully about the cultural divide. But when asked about American tea-making habits, he’s somewhat more forceful. ‘You just can’t make a decent cup of tea in the microwave. You just cannot… The country that put a man on the moon should be able to understand how to work an electric kettle!'

Laura grew up in Chicago, far from any ocean. Being land-locked didn’t stop her from developing a lifelong love of marine biology, however. ‘I recently found some artwork I made back in the first grade and it was all whales and dolphins.'

She nurtured her passion first by visiting the city’s renowned Shedd Aquarium and then by moving to the East Coast to study marine biology. Now, she’s the Director of Marine Education and Conservation at Boston Harbor Cruises, where she continues to study marine sea life. She’s also working on a master’s degree at the University of Massachusetts.

'There’s a lot we need to learn about these animals,’ she says, when talking about the many different species of whales that frequent the Stellwagen Bank National Marine Sanctuary. 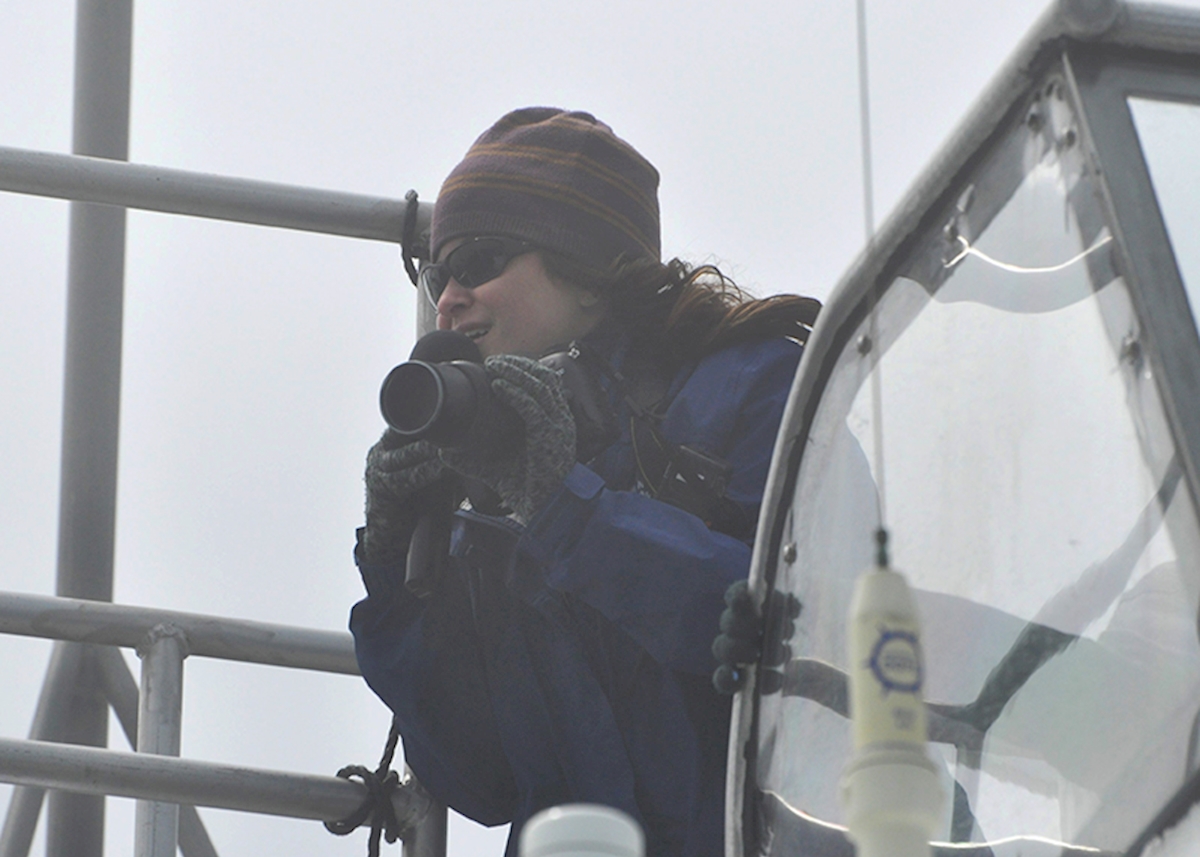 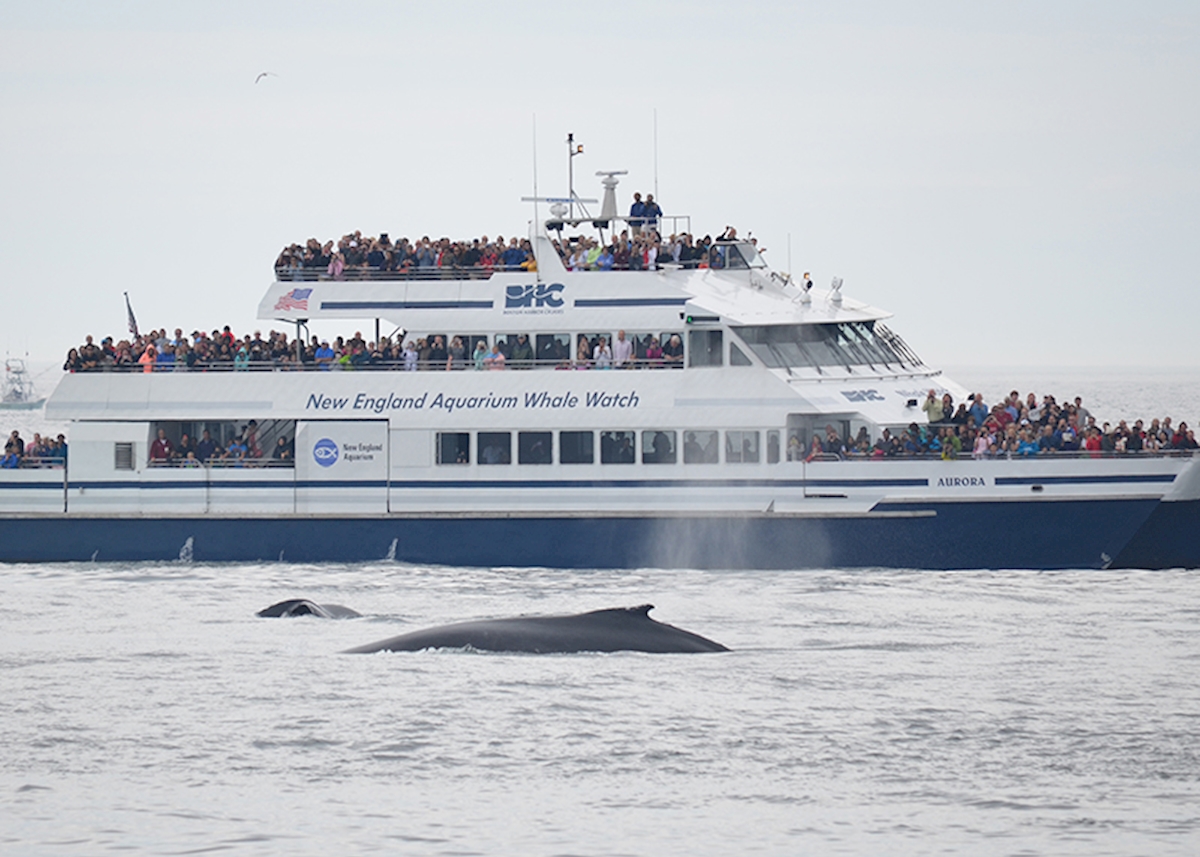 Located at the mouth of Massachusetts Bay, the sanctuary is one of the best places in the world to see whales. The vast underwater shelf boasts a particular abundance of sand lances (small, fatty fish sometimes called sand eels), which helps support the area’s rich ecosystem.

‘We see whales from March to November, but the best time is during the fall, September and October. It’s not so hot and it’s a great time to be out on the water.'

Additionally, autumn is when she gets to see old friends. Humpbacks have distinctive markings and researchers quickly learn to identify individuals. During the fall migration, she keeps an eye out for the animals that she got to know during her university days at the College of the Atlantic. This year she says she was lucky to see ‘an old female humpback named Spoon and two others named Churn and Canine.'

Laura’s job encompasses many facets. She works to educate the people who come on the Boston Harbor whale watches and supervises the other naturalists who do the same. ‘I know people come on the cruises to see a whale but I want them to really care about the ocean and conservation efforts.' 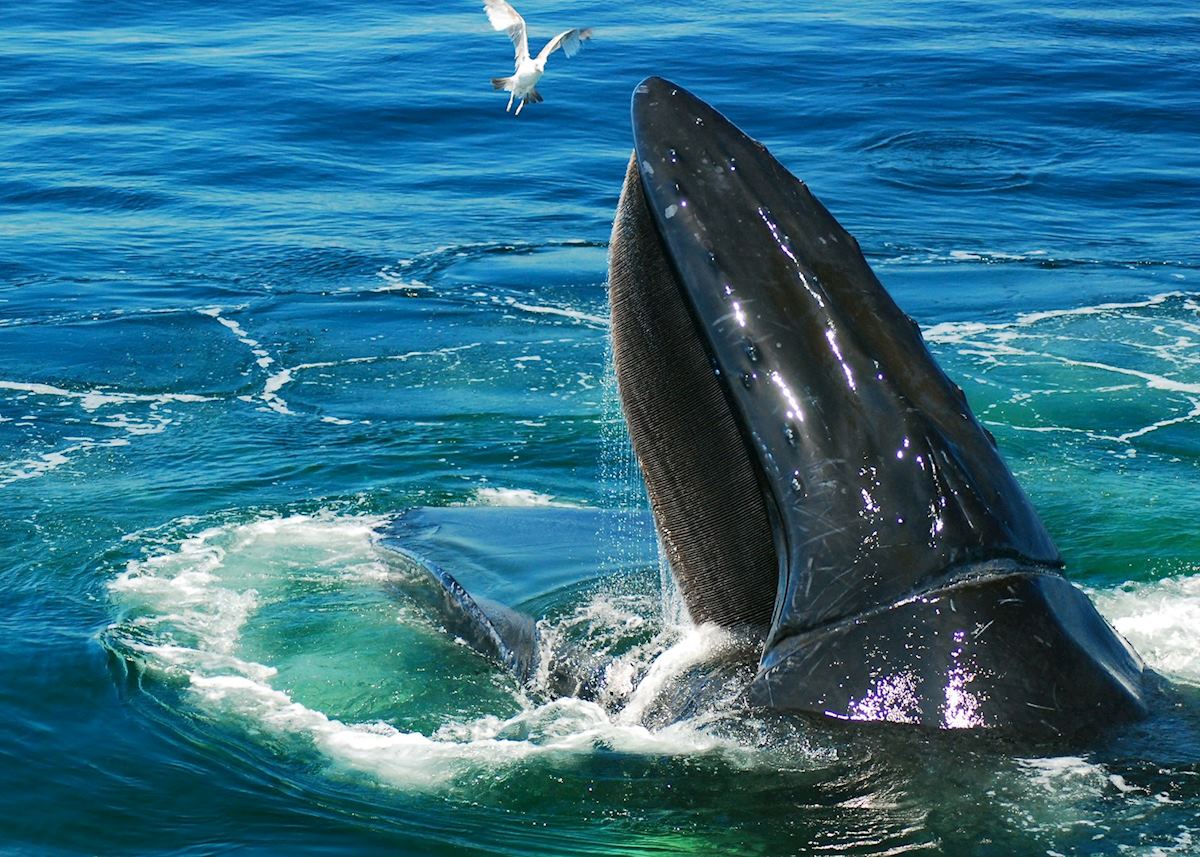 She also coordinates data-collection and collaboration with a number of small non-profit research groups in the area. ‘It can be expensive to get time out on the water and we’re out there every day,’ she says, her words speeding up as she warmed to her subject. ‘So I work hard to make sure that we’re helping with the science and research that is necessary to conserve the ocean and learn more.'

'For example, we’re figuring out that whales can teach each other. There’s a behavior called ‘kick feeding’ and about one-third of the whales at Stellwagen do it now. They have been learning it from each other, all of the whales, not just in family groups. By some definitions, that’s culture!'

Even when she’s not out on the water or working with other scientists, Laura still spends her time in nature. She likes to hike, take photos and travel. Her most recent trip for fun was to Iceland, where she (what else?) took a whale-watching cruise.

With his warm Southern drawl, it’s apparent from the moment you start speaking with Mike that he didn’t grow up on Cape Cod. That doesn’t mean he hasn’t any roots there, though.

'When I was a kid, my family would visit the Cape in summers. But we stopped going when I was about eight and I didn’t go back until I was an adult on a father-son trip.’ That’s when he fell in love with Cape Cod’s tight-knit community and slowed-down vibe. He and his wife, Stefanie, returned nine months later on an anniversary trip and decided this was the perfect place to open the inn of their dreams.

After much searching, they wound up purchasing the Platinum Pebble Boutique Inn. Located in the shore town of West Harwich in the Middle Cape, the Platinum Pebble seemed to be closest to their personal style — a sophisticated inn in an area known best for conventional bed and breakfasts. 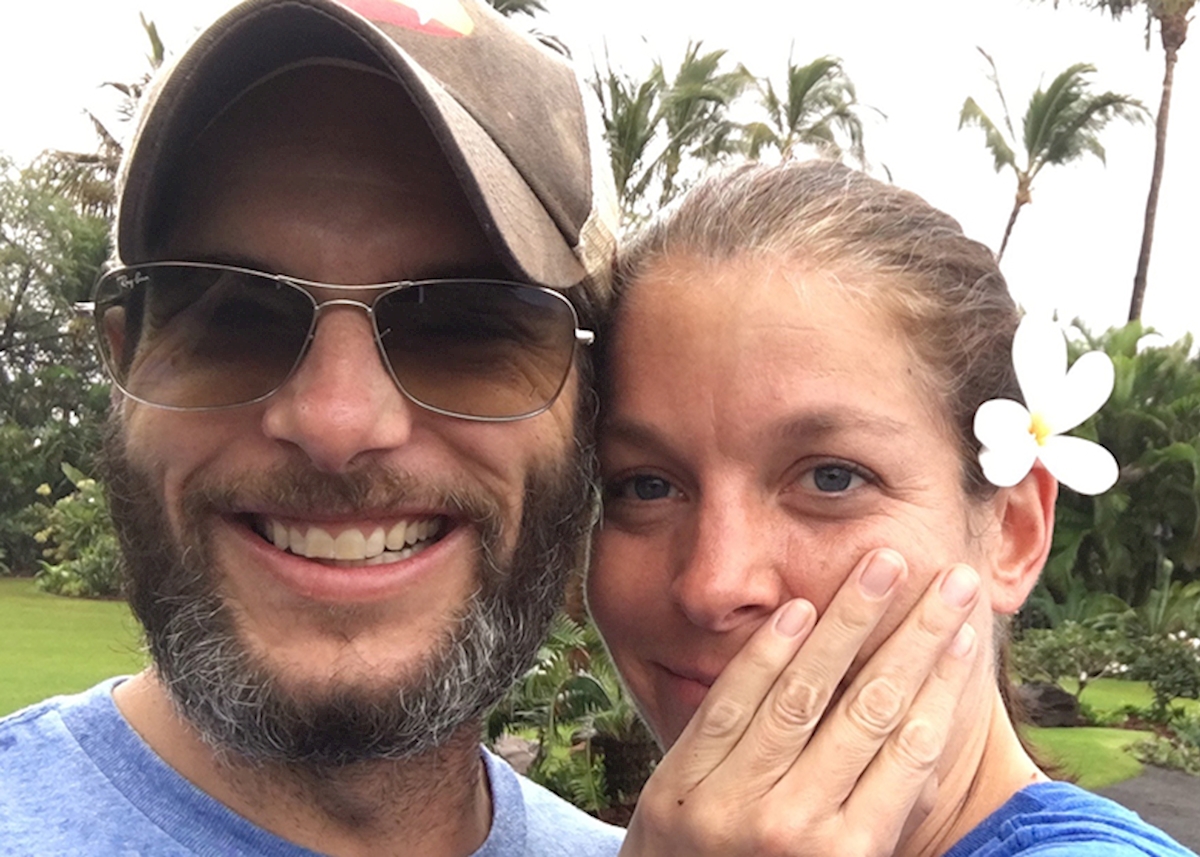 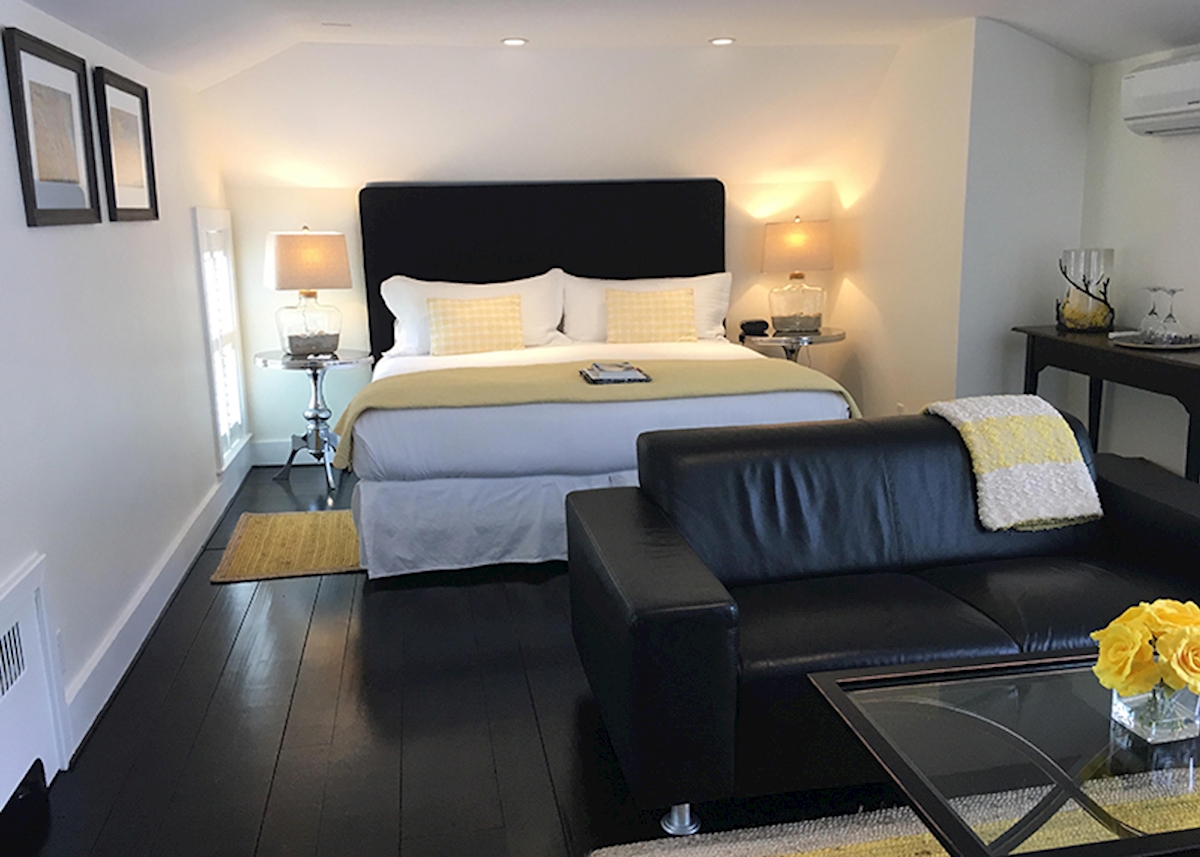 It wasn’t until after the couple had made the decision that they discovered Mike’s grandparents had ties to the same town where they’d purchased their inn. In fact, not only had his grandparents met and fallen in love when they were visiting the Cape, they’d actually got married right there in Harwichport.

And, as they were packing up their home in Dallas, they discovered yet another connection to the area. ‘We found my Nana’s index cards, where she kept addresses. Turns out my grandfather’s cousins lived right down the street, not four minutes away!'

Mike’s affection for Cape Cod may be fairly recent, but it clearly runs deep. When we spoke to him, he’d just got back from a trip. ‘I was doing some solo camping at a few of the parks around here, to get to know them better. ‘We live like permanent tourists around here, always trying to find somewhere new, different, off the beaten path.' 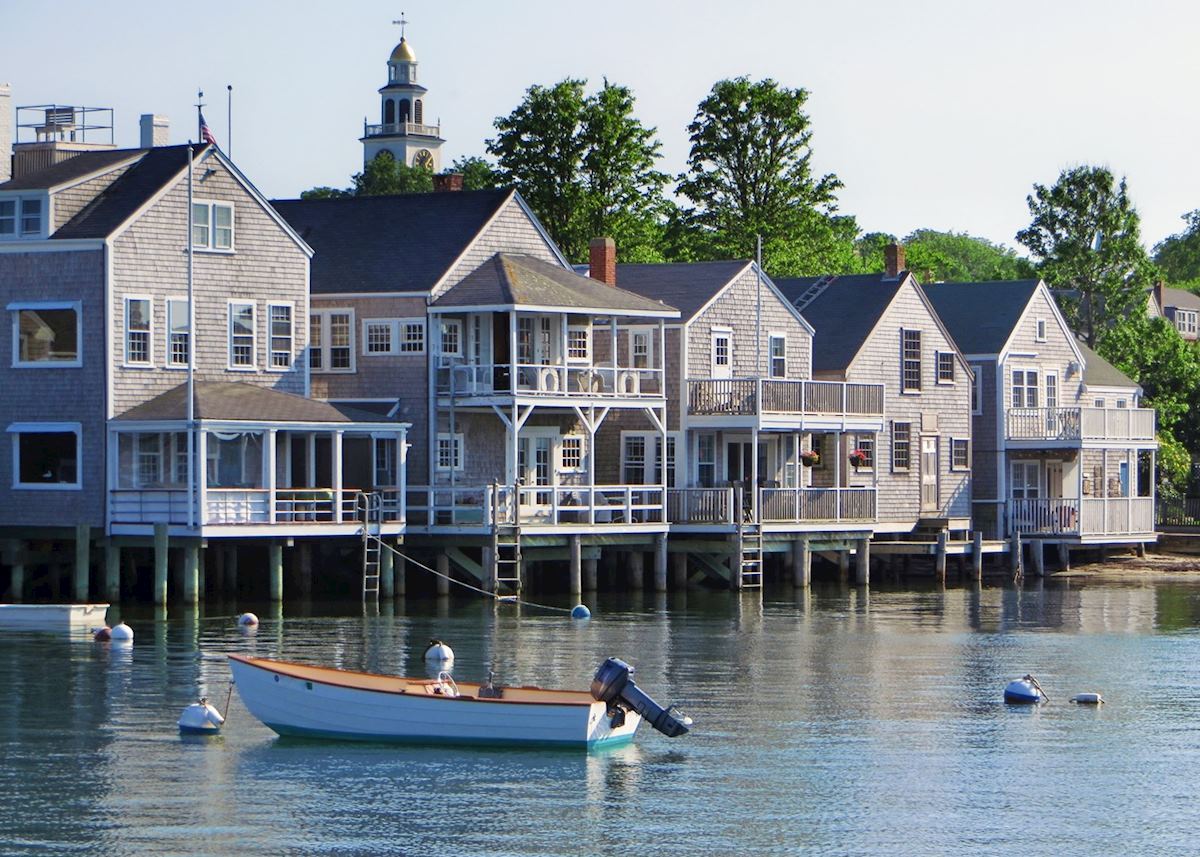 Mike and Stefanie then impart that local knowledge to their guests, who range from locals on a weekend break to international visitors exploring the USA for the first time.

‘I like to send them out to the Dune Shacks Trail out near P-Town’ (the local nickname for Provincetown, on the very tip of the Cape). ‘You see these huge rolling dunes and shacks built from shipwrecks where all these great writers and artists have spent time.'

He’s also willing to venture an opinion about a controversial subject that’s close to most New Englanders’ hearts — the best place to buy a lobster roll. ‘Sesuit Harbor Café. You get a lot of claw meat and you’re right on the bay so the sunsets are spectacular.

‘I like history and I like driving and I love Boston, so this seemed like a natural fit,’ says Tim. After a bit, he adds, ‘Though the driving is the hardest part, you know?'

Indeed, in a city notorious for its aggressive drivers and irrational street plan, he provides an invaluable service to those who visit Boston — he drives so you don’t have to. Tim narrates tours on Old Town Trolley Tours. The hop-on, hop-off trolleys are a common sight in Boston, their bright orange-and-green bulk navigating the narrow streets with careful precision. They’re a convenient way to get around Boston and, as you ride, the drivers narrate the historic significance of each of the sites.

Trolley drivers are given a basic script to follow, but Tim likes to do his own research. ‘You’ve got to do your fact checking, though, and get three or four sources that agree. Sometimes you get history teachers who seem like they’re giving you a test, almost, and ask really detailed questions.' 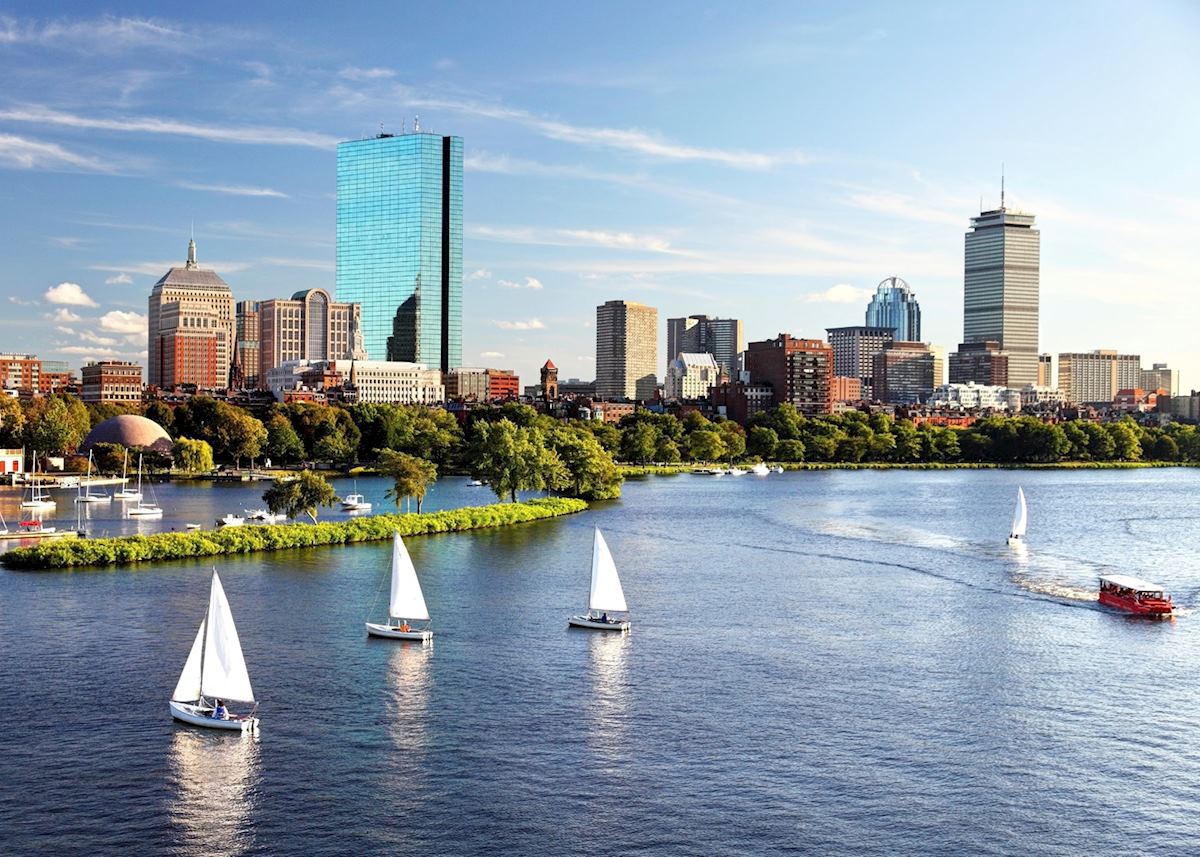 Of course, sometimes he’s challenged by members of his audience with ‘novel’ interpretations of history. ‘One day, I was telling this, I thought, really well-crafted story about the Boston Tea Party,’ (a precipitating event of the American Revolution). ‘And I had this guy stand up and declare that there couldn't have been any natives at the Boston Tea Party — I hadn't said there were, of course — because Native Americans didn't exist! That was a new one by me.'

We asked him what was the most interesting fact he knew about Boston and he offered this gruesome little tale from the earliest days of the country. ‘The first time we know of a body being identified by its teeth was in Boston. It was Dr Joseph Warren, who died at the Battle of Bunker Hill (which took place up on Breed’s Hill). He was identified by none other than Paul Revere, who had a part-time job as a dentist during the Revolution.' 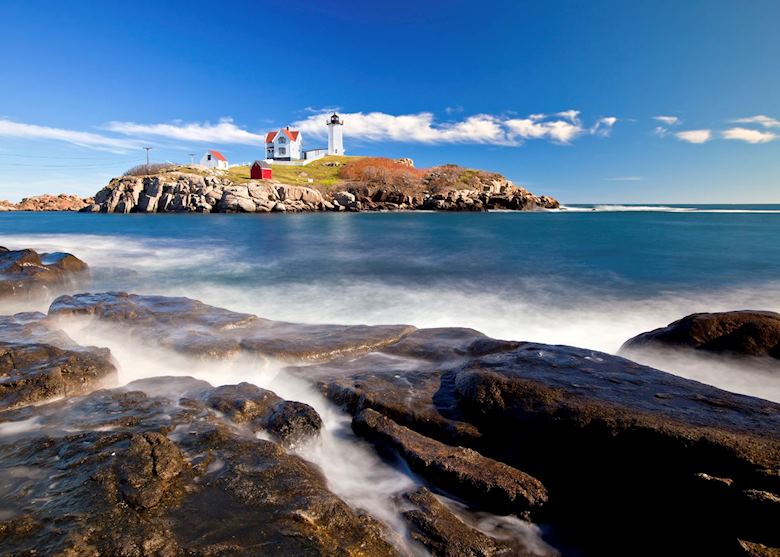 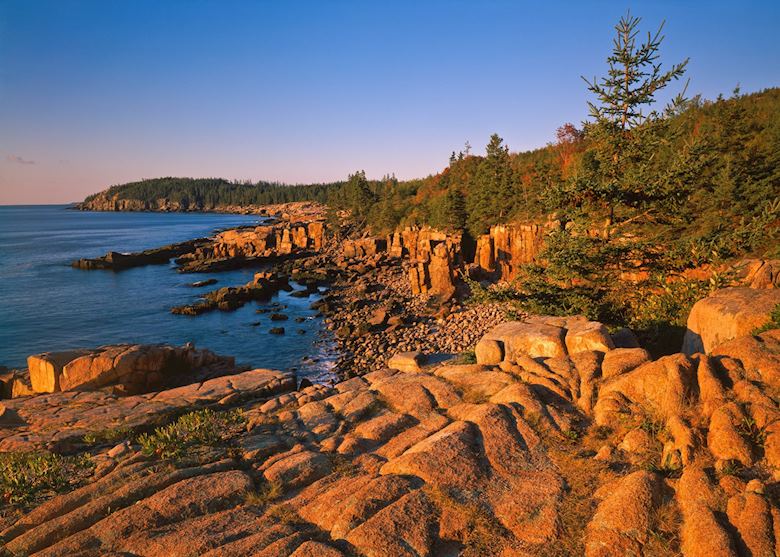 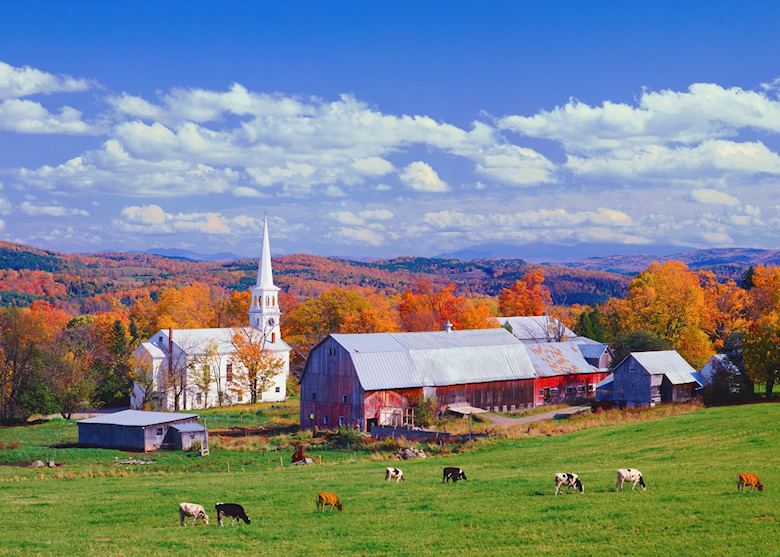