We have been sending people to Southeast Asia for more than 20 years, collectively banking a selection of the best sites and experiences from their journeys. We’ve heard about hotels that have gone the extra mile, cruises that immerse passengers into the culture and scenery of a place, restaurants where visitors have enjoyed some of their most memorable meals, and journeys that are experiences in themselves.

Below, our Southeast Asia specialists offer their opinion on the best hotels, cruises, transfers, restaurants and experiences as ranked by our discerning travellers, and explain why they continue to be so well-loved. 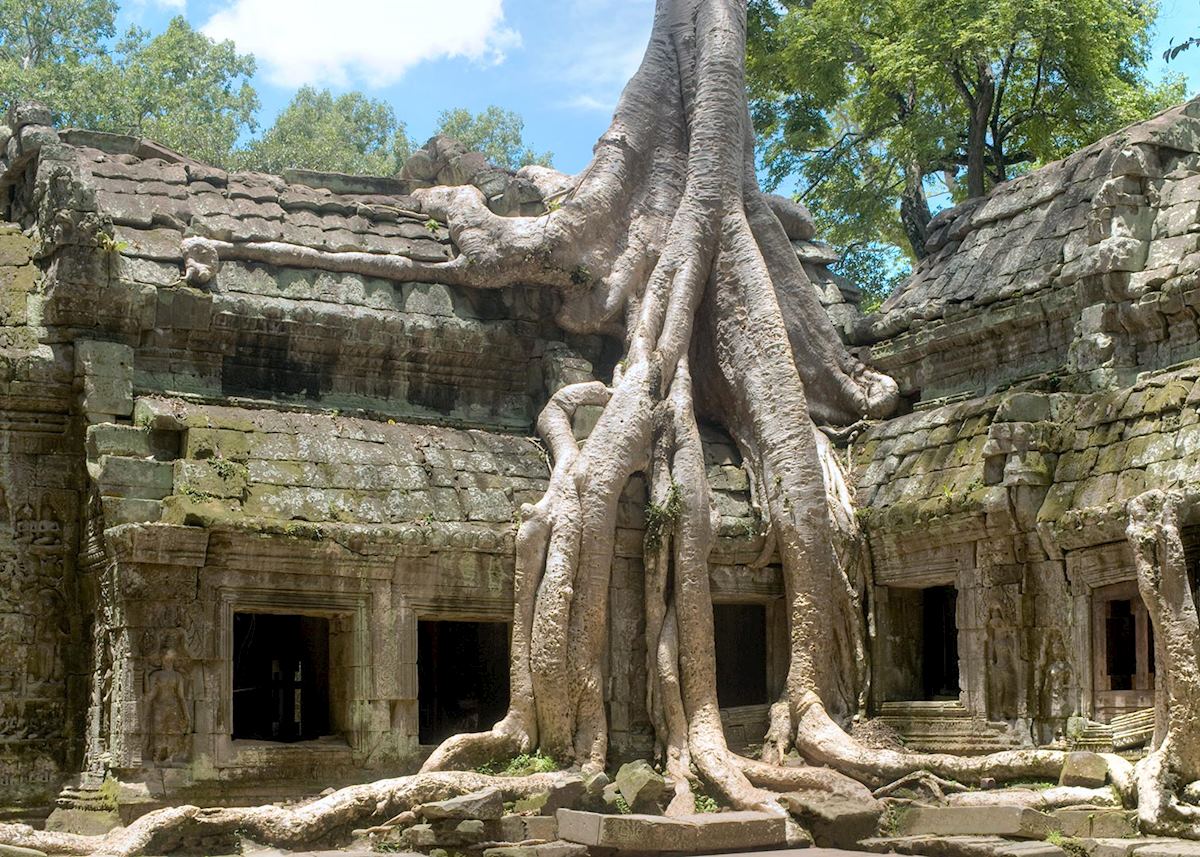 This is so much more than a cooking class, it’s an invitation into the home of Chiang Mai resident Pat and his family. A member of the family will show you around their family’s traditional compound — where they sleep, cook and live. They also guide you through their family’s herb garden and explain the plants’ various medicinal uses: ginger for stomach aches, turmeric for arthritis and aloe for burns.

On my latest visit, Pat, his cousins and his nonagenarian mother helped me make six northern Thai dishes — simple recipes that layer sweet, sour, spicy and salty tastes. As we ate our creations, sitting around the table, passing food and sharing stories, I felt less like a visitor and more like a family friend.

You can also learn local basket-weaving methods and take home your creations.

Commandeering a bicycle, you can visit much of the Angkor complex, from the familiar pinecone towers of Angkor Wat to the crumbling outlying temples, in one day. I suggest rising early to cycle along the jungle paths between temples, winding toward the North Gate of Ta Prohm to see the thick tetrameles tree roots that have forced their way between the hulks of stone.

I’d also take time to visit tiny Ta Nei, which can only be accessed by crossing an old French dam over the Siem Reap River. Because few visitors make it this far, you’ll have the pleasure of wandering a temple in peace.

My guide suggested we escape the midday heat with lunch at Sala Kdei, a traditional wooden building overlooking the royal bathing pools, which now serves fresh Khmer noodle soups and salads. In the afternoon we continued our explorations, passing the serene stone faces of the Bayon and the Victory Gate of Angkor Thom (through which the Khmer army marched to battle). 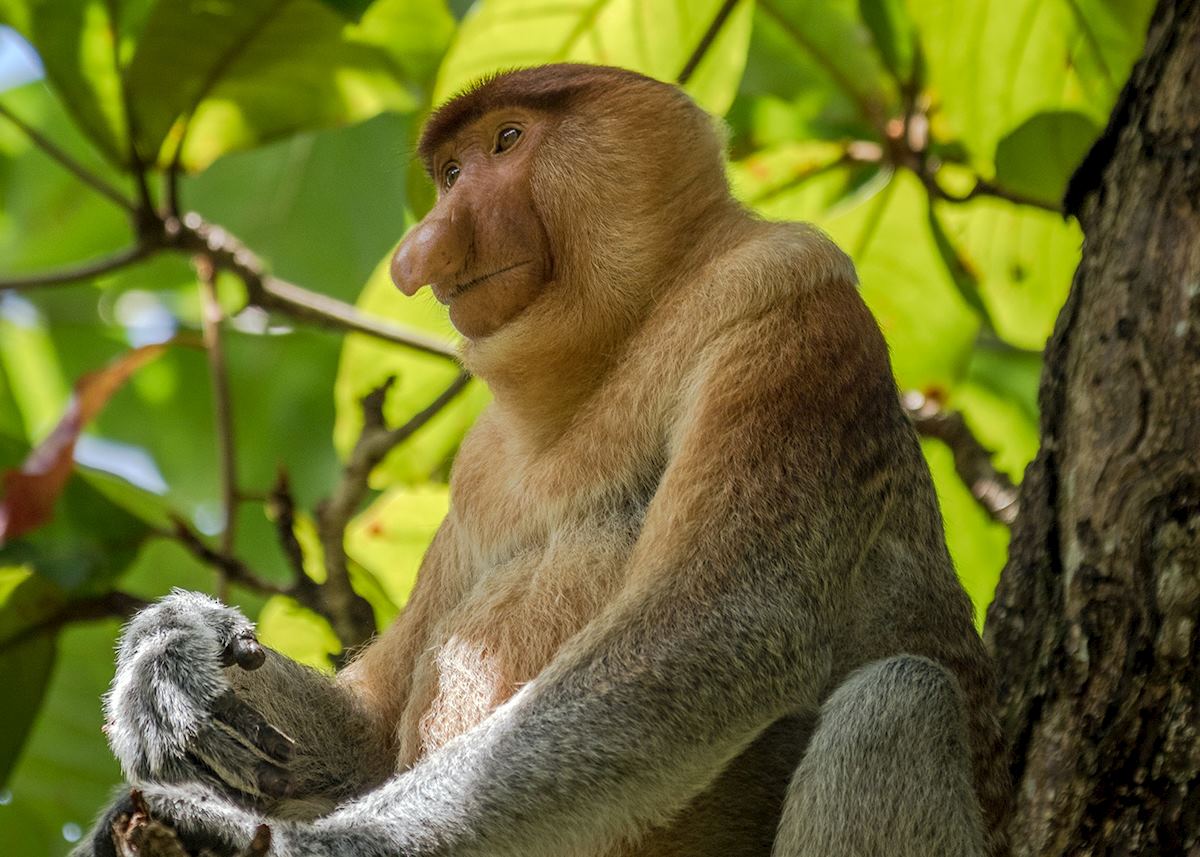 Malaysian Borneo: A day on the Kinabatangan River, Sabah

With the highest concentration of wildlife in Borneo, the Kinabatangan River gives you the opportunity to see the island’s ‘big five’. Bulbous-nosed proboscis monkeys chase each other through the riverine forests while rhinoceros hornbills soar above. I saw an adult orangutan swing between trees, her tiny baby effortlessly mimicking her moves.

The day cruise starts from Abai Jungle Lodge. On board, my naturalist guide soon pointed out the serrated spines of a crocodile sticking out of the water. As it slowly swung its tail as it swam, I noticed the reptile was almost as long as the boat. The fifth of ‘the five’, the rare pygmy elephant, proved elusive, but the clouds of fireflies that lit up the riverside at night made up for it.

Built in the late-19th century, 137 Pillars House was once linked to Anna Leonowens, whose life inspired the 1951 musical The King and I. The house’s 137 pillars would have indicated great wealth.

There’s a fascinating history behind this property, but aside from that what really stood out for me was the food in its Dining Room restaurant. I sat down for a seven-course meal of fragrant, beautifully presented Thai dishes that I didn’t want to end. The tam khanun salad, made from young jackfruit (a large and spiky fruit), was a particular highlight.

The garden, dotted with lanterns and seating areas draped in netting, makes it easy to forget you’re in central Chiang Mai. And, with just 30 suites, there’s an air of exclusivity about the place.

The best things about this boutique property are its excellent value for money and its central location in Hanoi’s Old Quarter, close to the city’s shops, bars and restaurants. Despite being in the heart of Hanoi, the hotel feels peaceful, combining a colonial style with traditional Vietnamese touches such as dark-wood furnishings and hanging lanterns in your room.

Staff deliver a personal service, the rooms and suites are all generously sized and come with an excellent range of amenities, and there’s a spa and sauna where you can relax after exploring Hanoi. 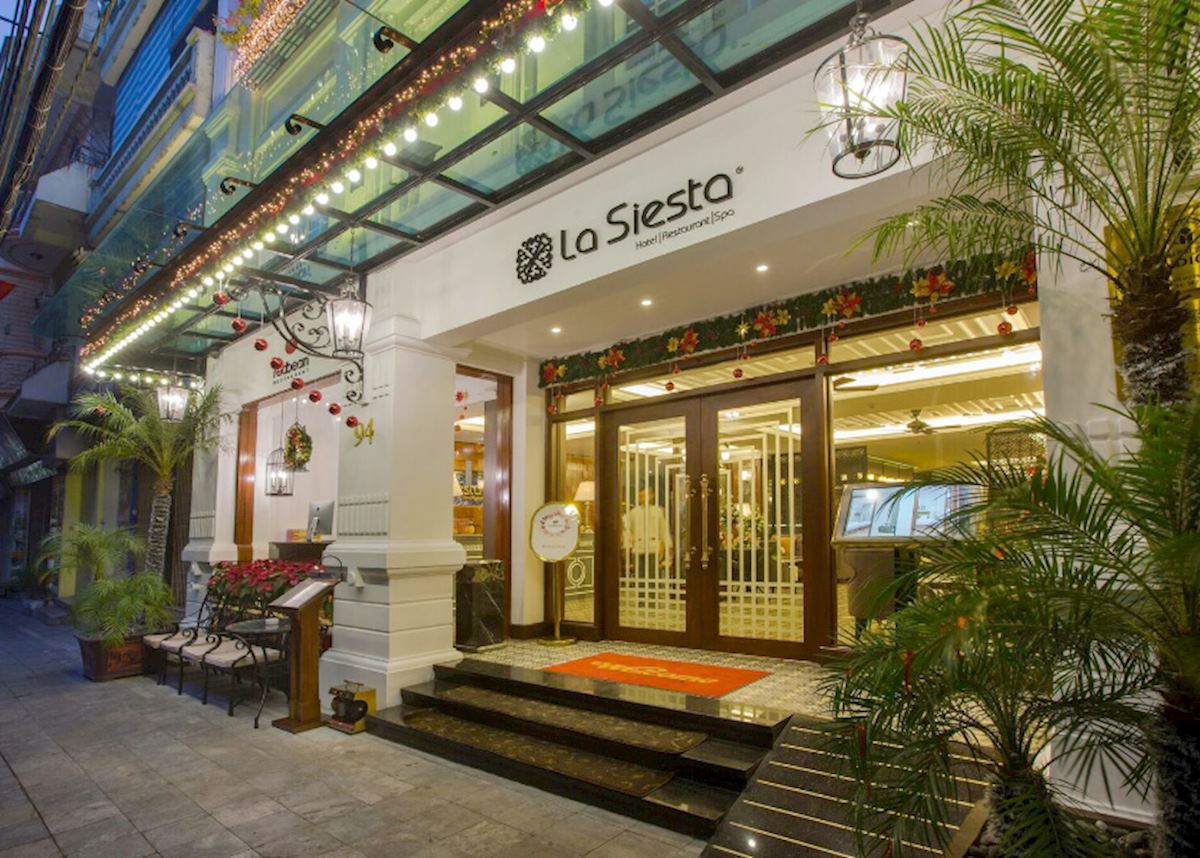 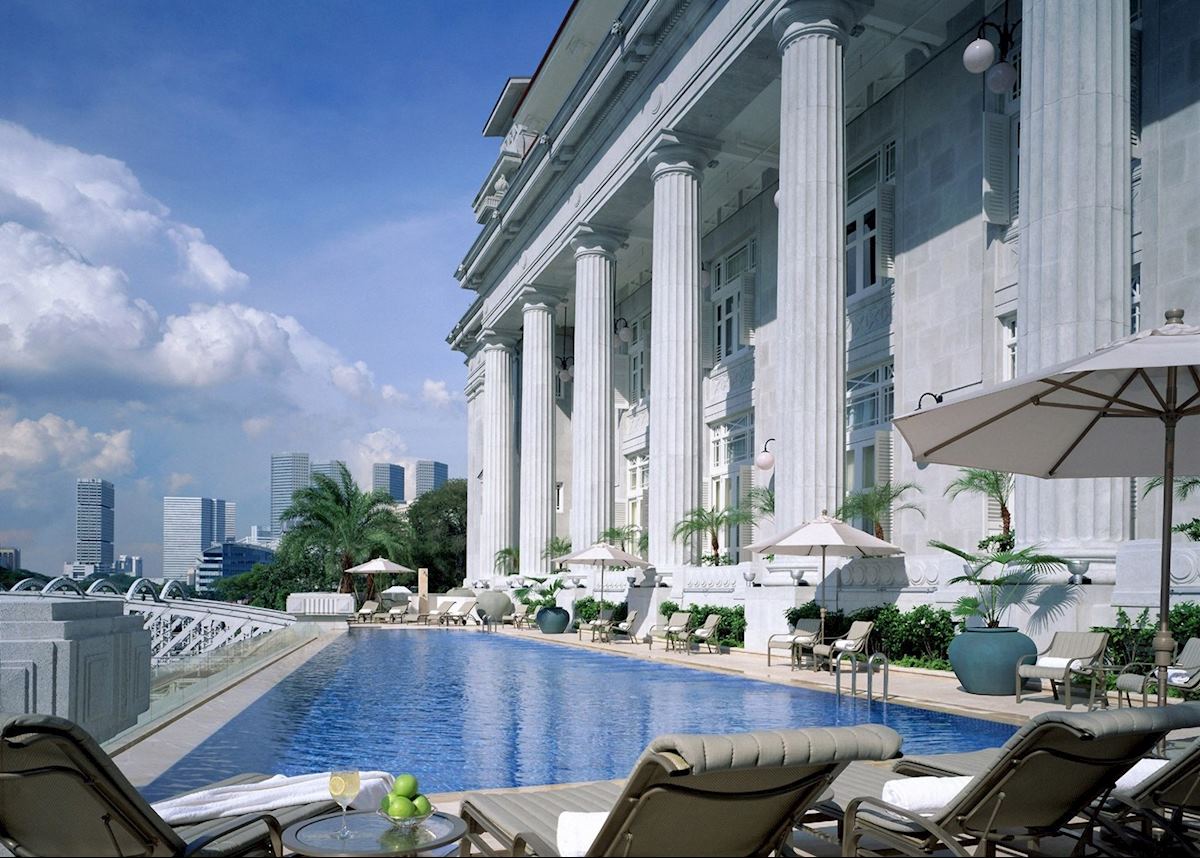 The Fullerton Building was built in grand civic, neoclassical style as part of Singapore’s centennial celebrations in 1928. Originally, it housed the General Post Office (you’ll still find a red pillar box in reception), a library, and a lighthouse to guide ships into the original marina. It’s now a heritage hotel and many of the original pillars and coffered ceilings have been carefully restored.

I’d argue you can’t be better located in the city. A short walk north of the hotel, you’ll find the galleries, parliament buildings and the Victoria Theatre of colonial Singapore. But heading south throws you into the contemporary city. The night skyline is illuminated by the ultramodern Supertrees of the Gardens by the Bay, and the Marina Bay Sands Hotel, which resembles a spaceship coming in to land. 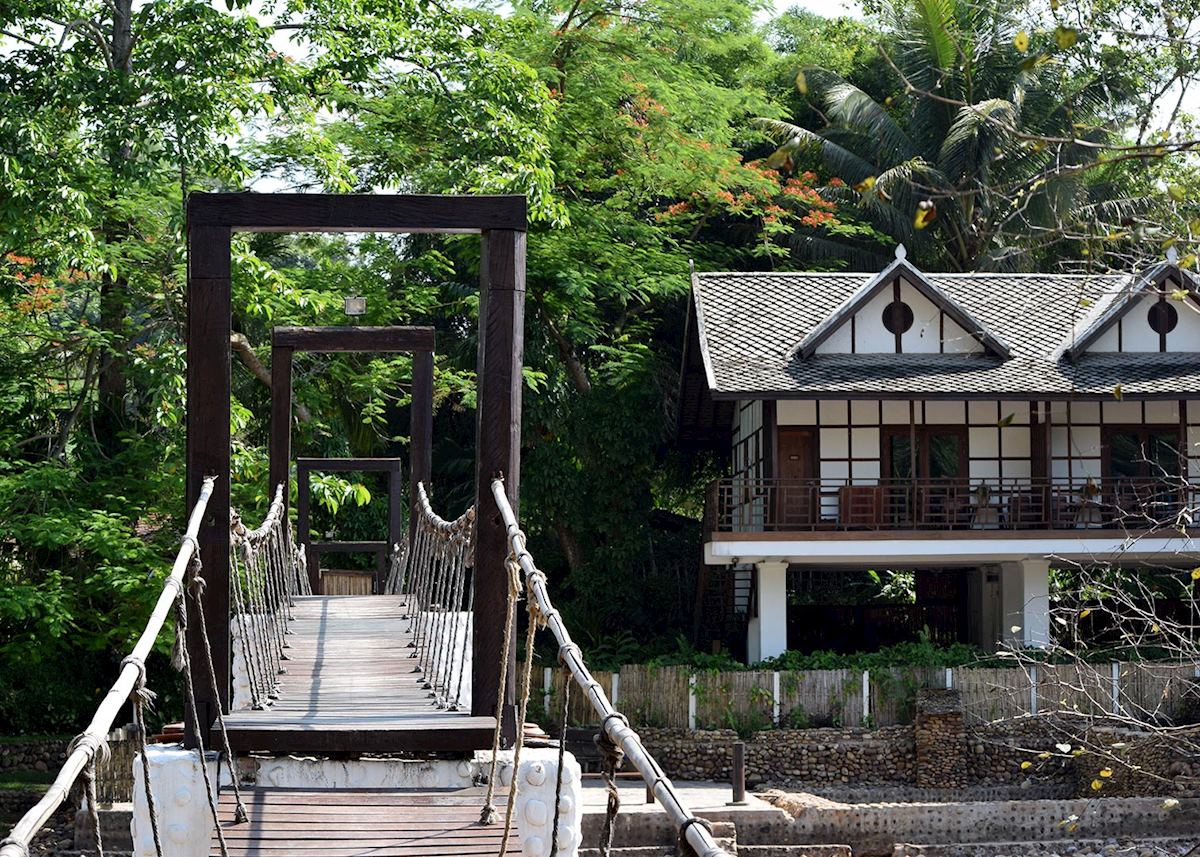 Nestled in the hills of northern Laos, Muang La Lodge takes its name from the local village and is staffed entirely by people from the area (you can join a tour to explore the nearby communities, where three different hill tribes live). The traditional half-timbered bungalows overlook the Nam Phak River — I loved early mornings on my balcony, sipping coffee and watching the morning mist move over the water.

The kitchen uses local ingredients to produce Laotian dishes. Even the salt is local, extracted from the river and purified over a fire. I spent my evenings soaking in the elevated hot tub’s steaming waters, which are fed by natural hot springs. 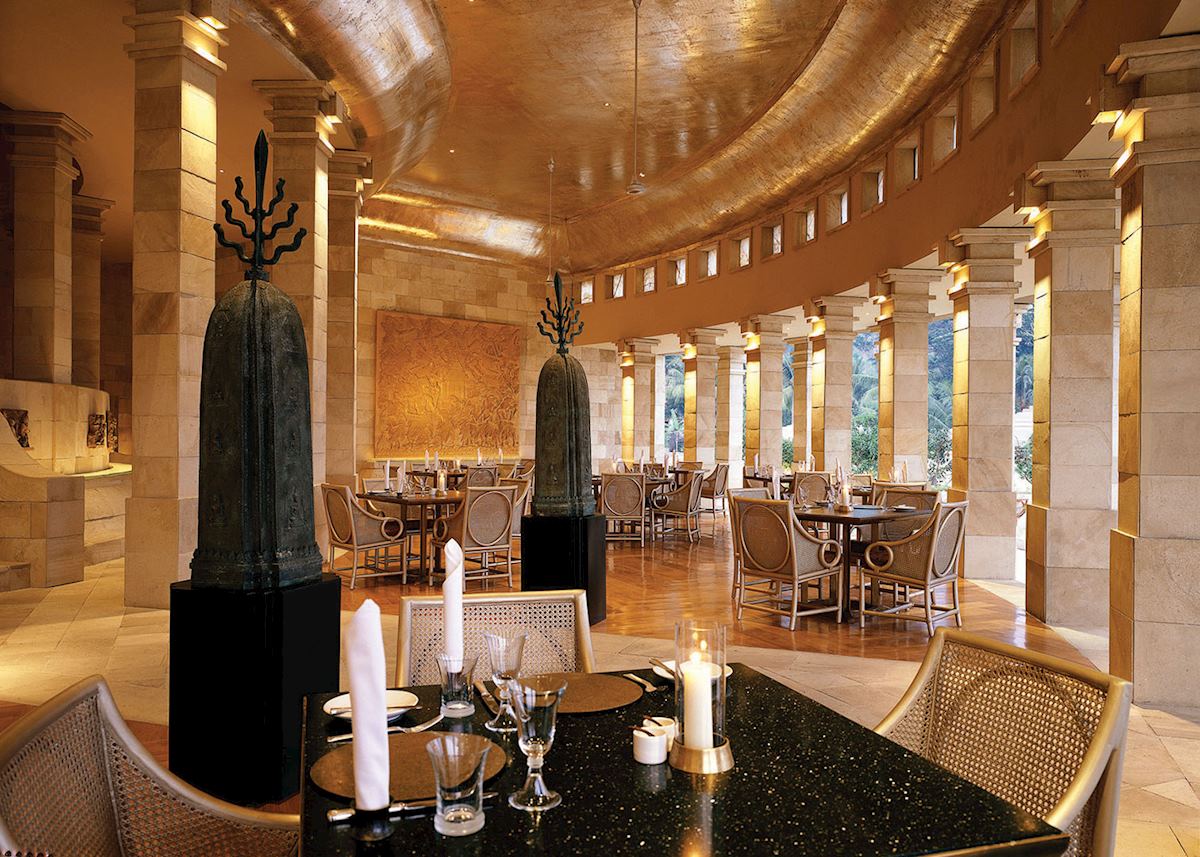 Dining at the Amanjiwo, Borobudur 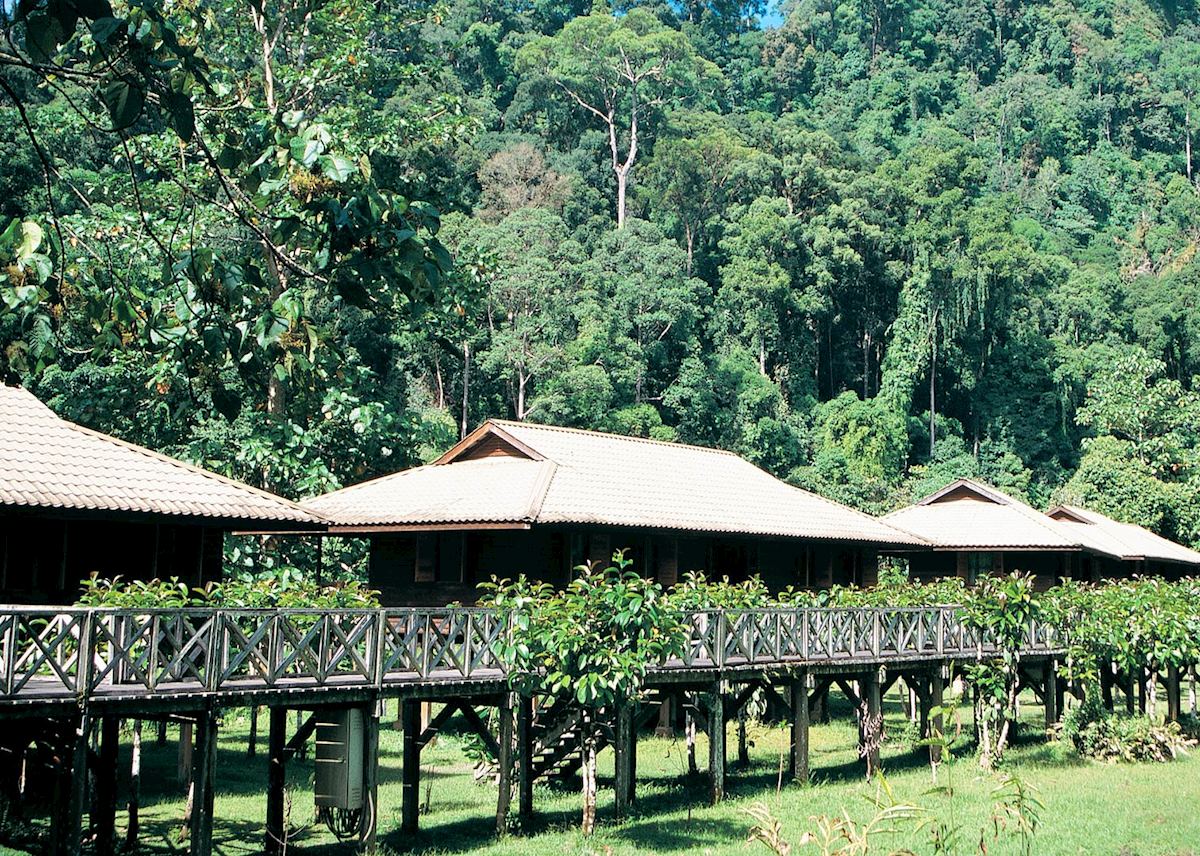 One of Java's most luxurious hotels, the Amanjiwo is located in the countryside close to the Borobudur Temple, which inspired the design of the hotel with its limestone pillars and graceful curves.

The private villas boast garden lounges and beds that are elevated on stone platforms and framed by more pillars. The hotel serves a mix of Western and traditional Indonesian cuisines, all created from local produce.

Set under a silver-leafed dome, the main dining area overlooks not only the nearby temple but also vast rice fields and hazy volcanoes looming on the horizon.

Checking in at Borneo Rainforest Lodge, you’re warned against leaving food out on the balcony: there’s quite a cast of wildlife keen to pilfer available snacks. The lodge is set alone in the Danum Valley Conservation Area, and you often wake to the screech of gibbon song and fall asleep to the click of cicadas. Visiting the lodge’s canopy walkway in the early morning, I was watched by a nonchalant orangutan sitting on one of the viewing platforms.

Days are best spent here walking the surrounding jungle trails with a naturalist, ‘tubing’ down the Danum River and taking night drives to spot nocturnal wildlife.

This sea plane flight is more than just a means to an end. Soaring above the water, you can see the whole bay stretching below you, the distinctive lumps of limestone rock appearing much greener than they would when viewed sideways on.

While the flight is 45 minutes in total, a third of it takes place over the bay itself — I was glued to the window (all passengers have a window seat for this flight) as I tried to make out boats weaving between the karsts, reduced to tiny specks on the water’s surface.

Your luggage is driven over to Halong Bay, so checking into your flight is quick and easy, and the whole experience left me feeling like a VIP. 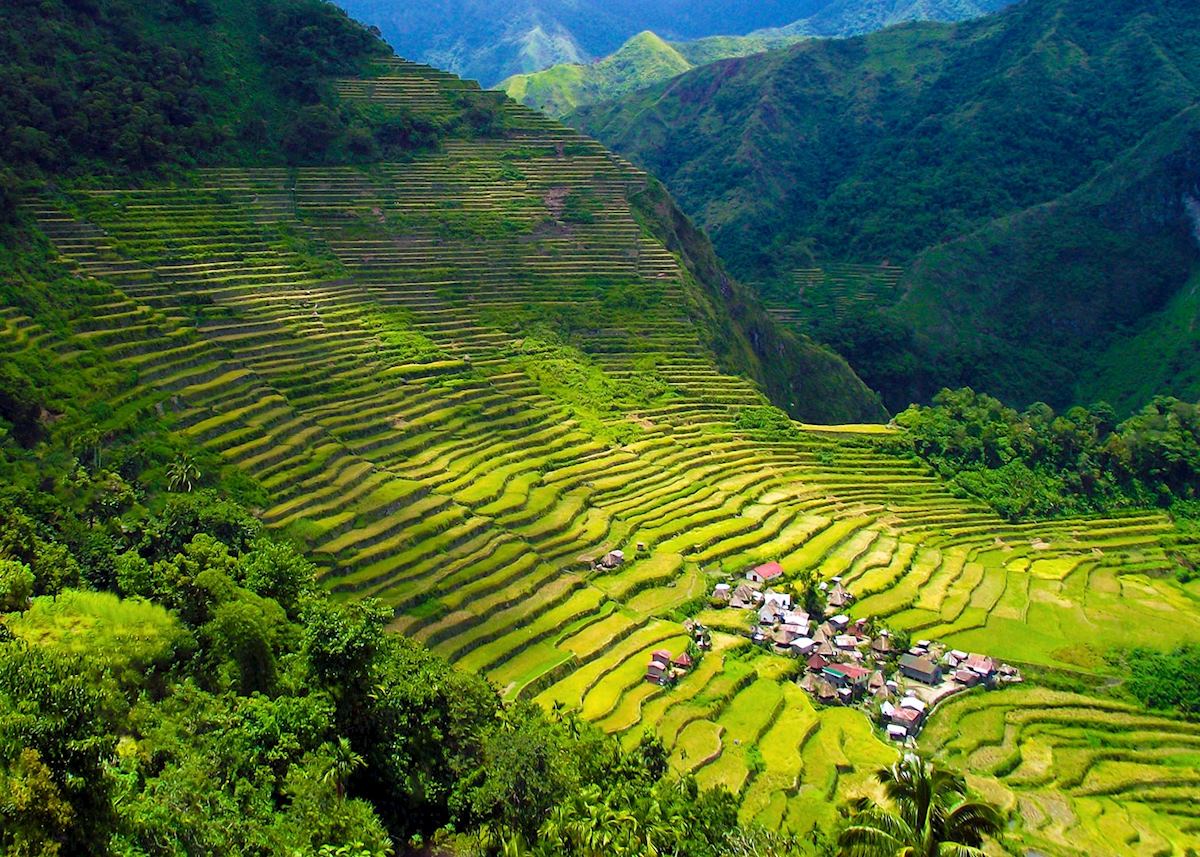 For me, the best view in the Philippines is from a jeepney as you bounce along the rain-roughened road between Banaue and Batad. (Jeepneys are a common conveyance in the region — once-abandoned, now-converted US Army Jeeps that are usually graced with psychedelic paint jobs).

The route hugs the bottom of the slopes, and sitting on the truck’s roof gives you an unhindered view of the sinuous rice terraces lining the other side of the valley. Meticulously maintained for more than 1,000 years, these enormous green steps are carved into the mountainsides. Whenever I see them, I’m amazed at the precision of the ridges and the effort that must have gone into making them.

Vietnam: The Mekong aboard the Bassac, Cai Be to Can Tho

This overnight cruise between the town of Cai Be and the city of Can Tho in southern Vietnam is ideal if you’re interested in experiencing Vietnamese culture along the Mekong. Three vessels make up the Bassac fleet: mine had 12 small but comfortable cabins, and staff who’d go above and beyond to ensure guests enjoyed their experience.

After lunch on board, you can walk to a riverside village as your guide points out the jackfruit, watermelons, mangoes and pineapples that all thrive here. I shared some fresh fruit with a local family before we re-embarked for a sunset dinner on deck.

Next morning, you visit the Cai Rang floating markets, where people from all over buy and sell their wares. 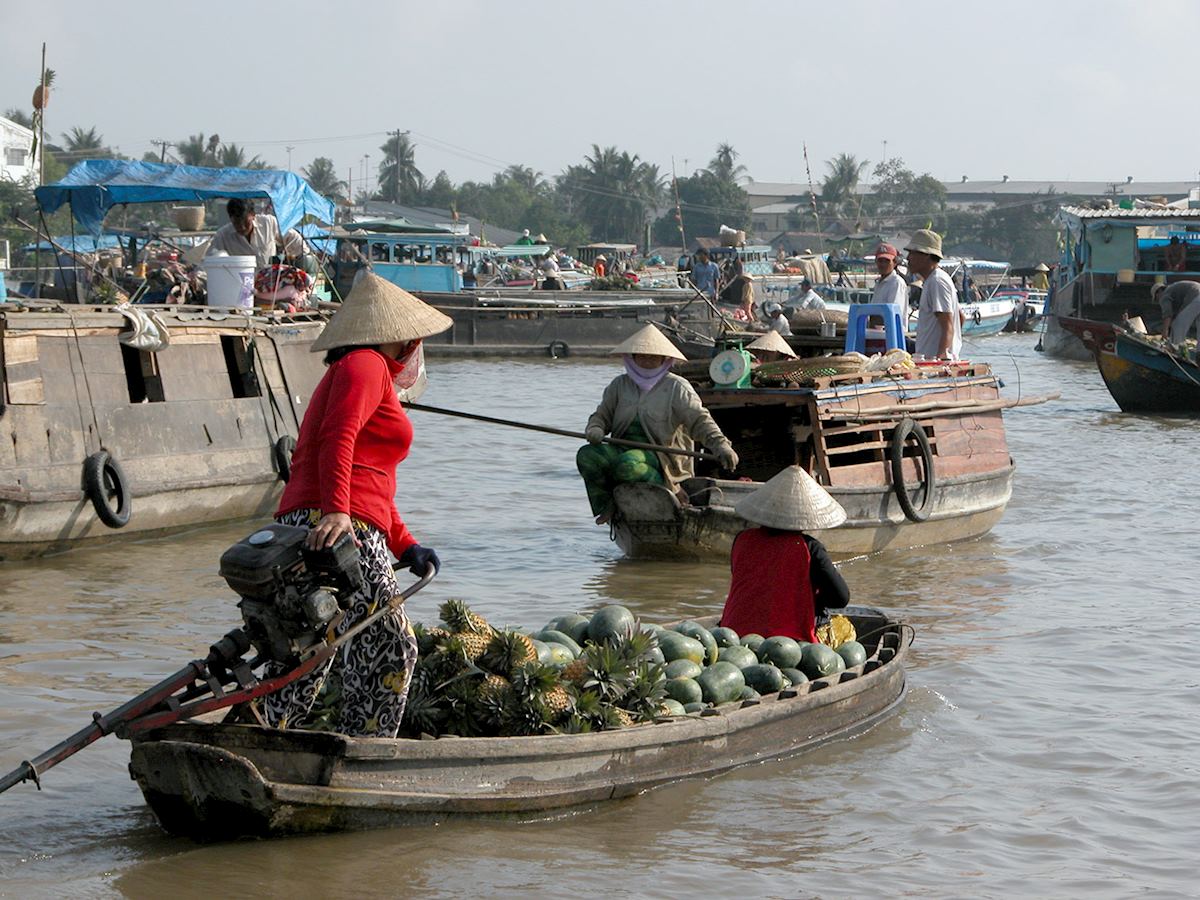 Burma: Mandalay to Bagan via the Chindwin River aboard the Belmond Orcaella

A converted steamboat, the Belmond Orcaella’s shallow draught allows it to access remote areas of the Ayeyarwady and Chindwin rivers. On this 12-night route, I passed by traditional farming villages and monasteries with delicate tiered roofs. Almost every mountain top was crowned with a gleaming pagoda.

The Orcaella visits towns cut off except by the river. Here, you can explore markets, take a rickshaw ride or pause at the Moktaw Monastery to see monks ceremoniously complete their novice initiation. Awaking early as we arrived in Bagan, I headed to the Orcaella’s observation deck. As the sun rose over Bagan’s temples, the sky became dotted with the silhouettes of slowly ascending hot air balloons.

The name of this restaurant translates as ‘above the river’: tables are set out on decking overlooking a river as it flows into the South China Sea. Housed within the Tanjong Jara Resort on Malaysia’s east coast, it serves local cuisine — using a variety of meat and seafood — beside a sweep of golden sand.

I sat down for dinner to find there was no menu. Instead, chefs Ann and Maz come over to discuss your preferences before creating dishes to suit. I particularly recommend the buttermilk prawns and the Malaysian special fried rice, followed by a generous portion of chocolate lava cake. 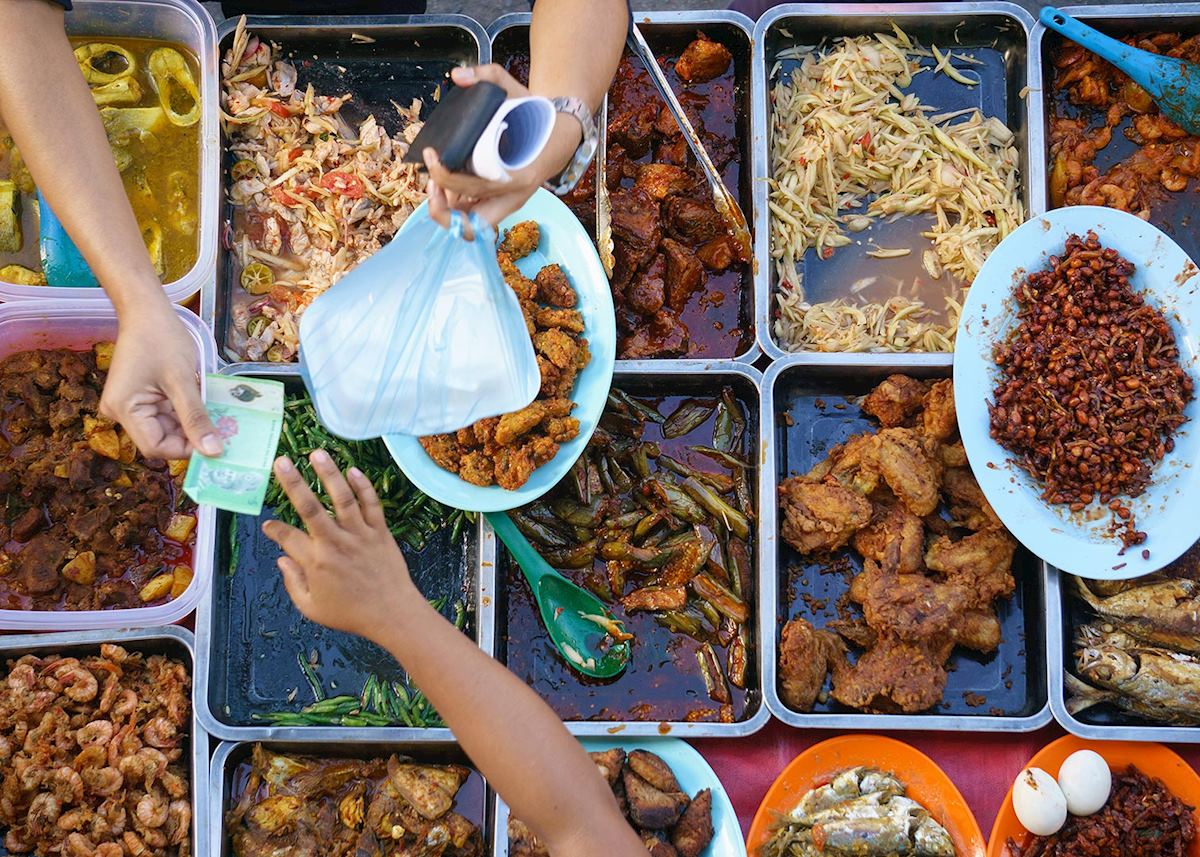 When I think of Bali, I don’t picture beaches or terraced rice paddies — instead, I recall some of the best fusion gastronomy I’ve ever eaten.

Mozaic’s chef, Chris Salans, combines French, American and Balinese cuisines to create a prix-fixe menu that changes daily, based on what’s at the market. Dishes might be made with tender local lamb, bright lemongrass or galangal, buttery wagyu beef from Australia or wild-crafted mushrooms from France.

You’re served at candlelit tables in the outdoor dining area, sheltered by greenery and open to the star-studded sky. Cooking classes and private dining are also offered here.

After taking the lift to the top of a parking lot in central Kuching, you enter the neon-lit Top Spot Food Court. The aroma of fried fish blends with the sharp tang of Borneo laksa as you wander between the family-owned stalls. Each vendor focuses on a particular seafood, from oversized freshwater prawns to garlic-infused crabs.

The trick is to buy a base of rice or noodles and build your meal, picking and choosing between stalls. I opted for a thick seabass steak accompanied by clams in a black pepper sauce. After picking your fish, you can choose the cooking style and seasonings before watching it being prepared in front of you.