Naturally occurring fires are part of the life cycle of the Australian bush. But — as you know — a combination of circumstances, including a sustained period of drought in certain regions, meant that Australia’s recent summer bushfires were unprecedented in scale, with fires breaking out in several places at once.

Paul from Audley’s Australia team has been monitoring the bushfires since November. An Australian citizen himself, he’s been keeping Audley’s team of Australia specialists — and Audley travellers — up-to-date with the latest developments. We asked him about the situation on the ground, and what travellers planning to visit Australia need to know.

What’s the situation with Australia’s bushfires as it currently stands?

At the time of writing, things are looking positive.

Australia’s east coast has just seen some very heavy rain — Sydney’s just experienced its highest rainfall since the 1990s. Fires that have been burning since Christmas are now out. In fact, due to this sustained period of rain, and given that more rain is predicted up to the end of this week, all New South Wales’s existing fires should be extinguished. It also means that the drought which had persisted in the states of New South Wales and Victoria for two years has now been broken.

It also means that the ‘regeneration phase’ — which comes very quickly in Australia — is going to be given an extra boost. We sometimes lose sight of the fact that bushfires are actually crucial to the life of some Australian flora: certain species require fire to reseed and regrow.

I’ve seen some great pictures recently that showed a patch of dry, charred ground, and then the same patch of ground ten days later, completely blanketed in green. So, assuming that bushfire season is now on the ebb, over the next few months we should see the remarkable results of this rejuvenation.

What’s the single biggest misunderstanding when it comes to the bushfires? 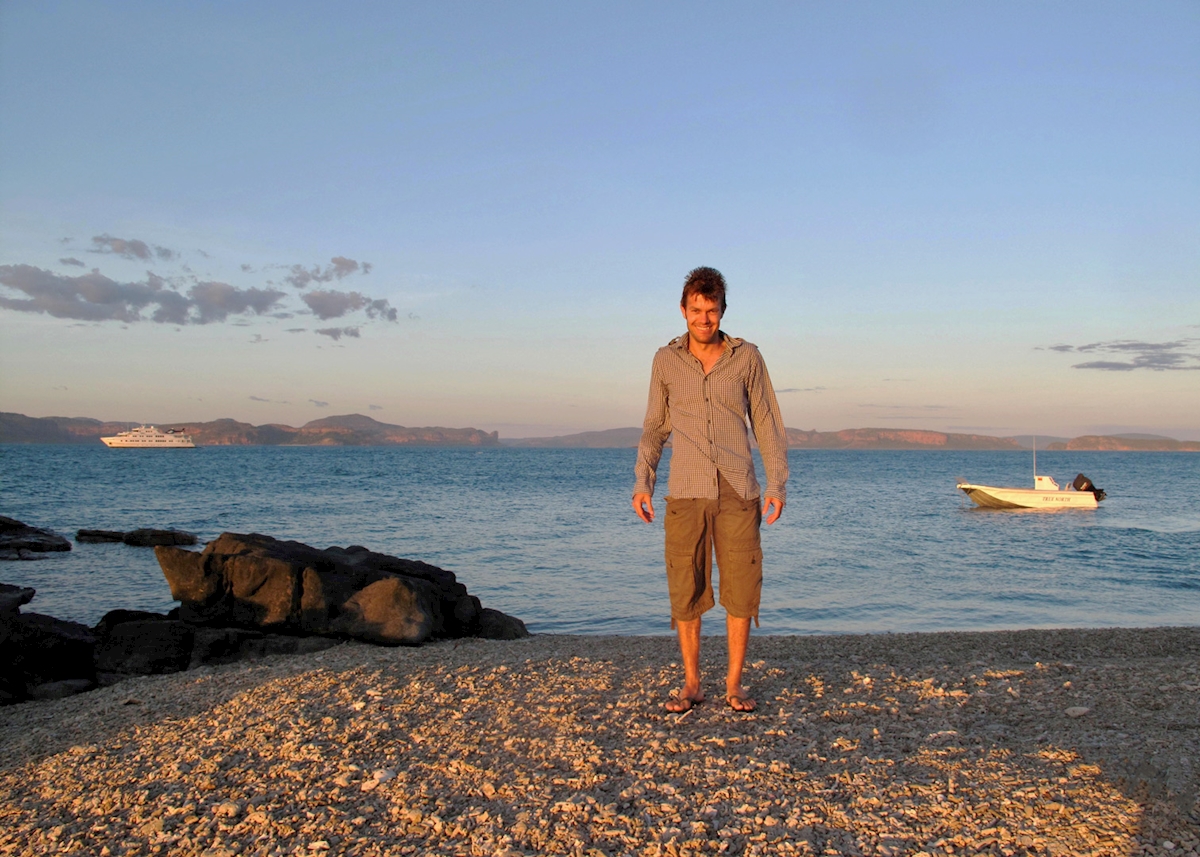 Paul in The Kimberley

That it’s easy to forget how big Australia is. While there’s been, understandably, a lot of media coverage of the fires, the reality is that only a small number of areas in a very, very big country have been affected.

It’s important to remember the scale of Australia, because it isn’t always obvious —but the majority of areas that are of interest to international visitors are located a long way from fire-affected places. It’s like visiting Bulgaria, and worrying about a fire raging in England. One place that has been impacted is Kangaroo Island, but even in this case, more than half of the island was untouched by fires — that’s equivalent to an area roughly four times the size of Singapore.

I’m due to travel to Australia imminently: what can I expect?

Here a few things to bear in mind.

The mainstream media doesn’t always give the full story, but our Australia team are — and have been since day one — all over the situation. We work two to three weeks ahead, or more if the situation warrants it, looking at areas that have been partially impacted by fires as well as keeping abreast of areas which aren’t affected. And, all the time, we’re constantly in contact with our partners on the ground.

All of this means that we’ll keep touching base with you if you’re due to travel in the immediate future, keeping you informed of the situation on the ground. Things are changing very quickly, and places which were once off-limits are constantly opening up again.

If we do have to change your itinerary, we’ll suggest lots of variations. For example, if you’re planning to visit the Blue Mountains near Sydney, we might suggest a day of touring in Kur-ring-gai Chase National Park instead. It’s a great, wild place, full of good hiking trails and Aboriginal heritage sites, such as rock art and former food storage areas. It’s so close to Sydney, and yet few travellers ever go there. The good thing about Australia is that there are lots of rich experiences like these — so try not to worry about your trip being compromised, as we’ve always got several alternatives to hand.

What if I’m travelling over the next few months?

Given that the bush is already successfully regenerating, it should be business as usual for your trip — but your specialist will still monitor everything and keep you informed if we need to tweak your itinerary in any way.

What would you advise people planning to travel to Australia in the near future?

Know that your trip will be as good as ever. Forgive me for going all patriotic for a moment, but know that all the things that made Australia a fulfilling place to visit are still there, so your experience won’t be compromised.

Also, the best way we can support Australia’s regeneration is to continue to travel. And I don’t mean supporting the country per se — it’s about supporting local communities for whom the travel industry is their lifeblood. They’re massively welcoming to international travellers, and they’ll honestly be delighted to see you. So, what I would say is… if you have plans to travel to Australia in the next few years, why not make it this year?

Australia trips with Audley Responsible travel with Audley
Get in touch