Several different things have been drivers for my travels, but in the case of Namibia it was a pair of photographs shown at my local camera club of deserted buildings being consumed by sand. The textures, shades and emptiness captured my imagination and I knew I had to go and see this place for myself. Years later, I found myself planning a trip with the help of Owain, a Namibia specialist at Audley.

I was going on my own and driving long distances across the empty heart of Namibia. Owain was keen to point out the logical stopping points to help me squeeze in all of my key photographic locations — my own personal Big Five. But what surprised me was all the unexpected highlights that Owain wove into the journey. 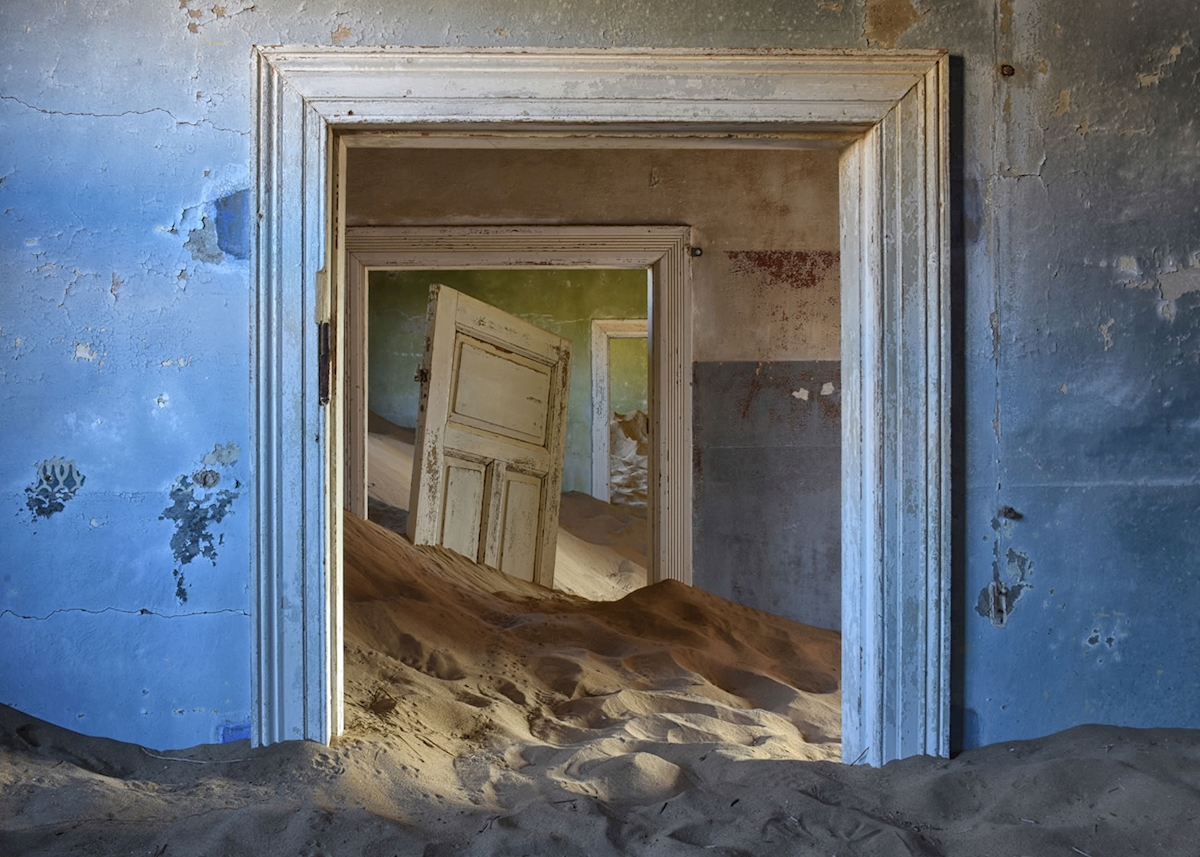 The abandoned mining town of Kolmanskop near Luderitz

Starting in Windhoek with the 4x4 that was to be my constant companion, I began to comprehend just how empty the country is as I was briefed and supplied for the trip. I then headed out into the desert for the first night at the Bagatelle Kalahari Game Ranch.

I went for a wander and saw giraffe, ostriches and springboks before settling down to my evening meal. Once the stars were out, I decided to try and photograph the Milky Way — one of the staff offered to take me into the dunes for an even better view. An added benefit was that he knew all about the stars, as he was the hotel’s resident astronomer.

The next stop was at Keetmanshoop to see the first of my Big Five — Quiver Tree Forest and Giant’s Playground . These trees are almost prehistoric in style and make interesting shapes against the sky, especially as the sun goes down.

Next on my list was Fish River Canyon , which meant driving on gravel through an exceptionally empty landscape until I reached the Canyon Roadhouse. It sits in splendid isolation — a little quirky in style, but welcoming, and has the most glorious shower. In the morning it was time for the canyon. The 4x4 meant I could meander along the rim on gravel tracks and see it from different aspects. 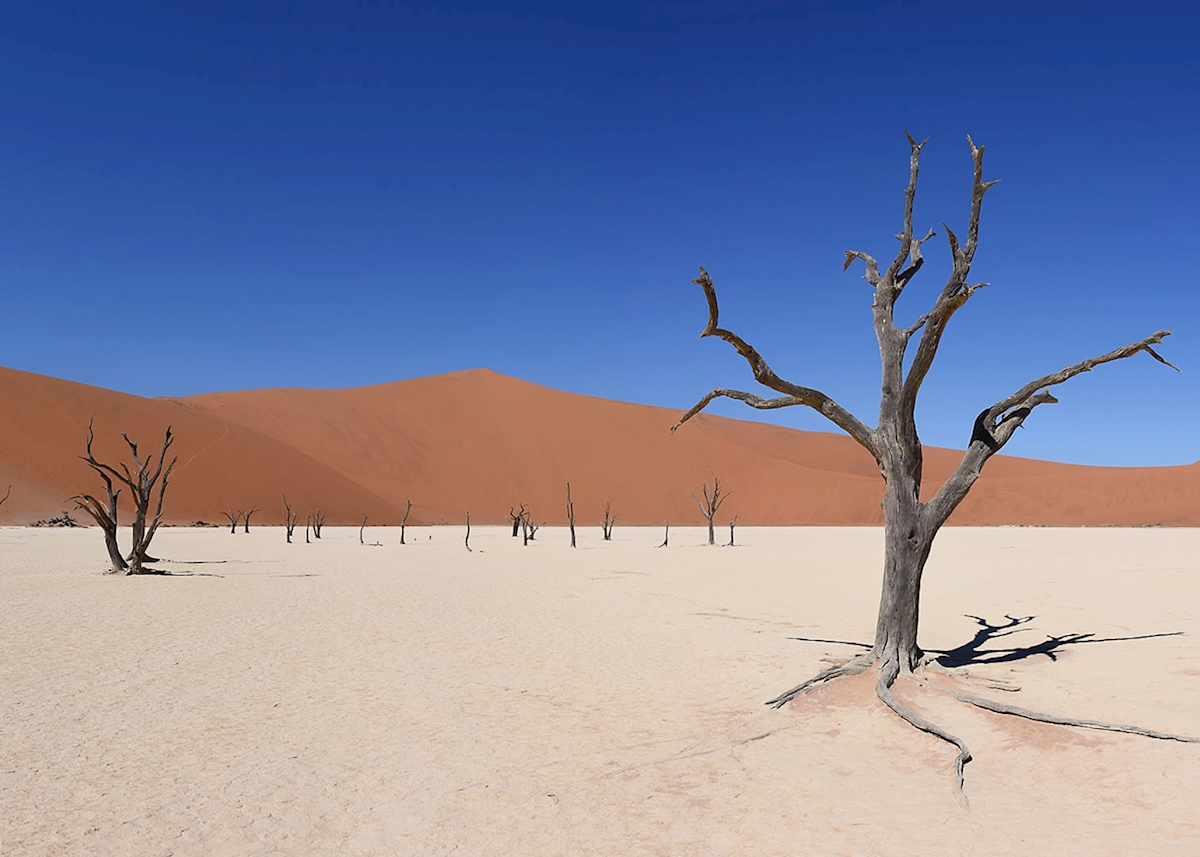 Deadvlei (or 'dead marsh') near Sossusvlei

Kolmanskop, an abandoned diamond mining town, was the next of my Big Five. It was an early rise to be there just after the 8am opening time to give myself the whole morning for photographs.

I admit I never did the formal tour; I was so immersed in the decay, the sands oozing through the buildings and the soft pastel shades. This was what first drew me to Namibia and could have been a huge let down, but it was everything I could have hoped for and more.

My next stop was Sossusvlei — the location of the largest sand dunes in the world, but I didn’t climb any of them. Instead, I enjoyed the way the morning light painted shadows on the land, giving form and scale to the environment.

A trek out to Hidden Vlei and Dead Vlei allowed me to see jackals and oryx, as well as find peace and solitude. It was a long, hot day in the park, but it does have the scale to absorb a lot of people. Quite often I was alone with sand and silence for company.

The mountains and the sea 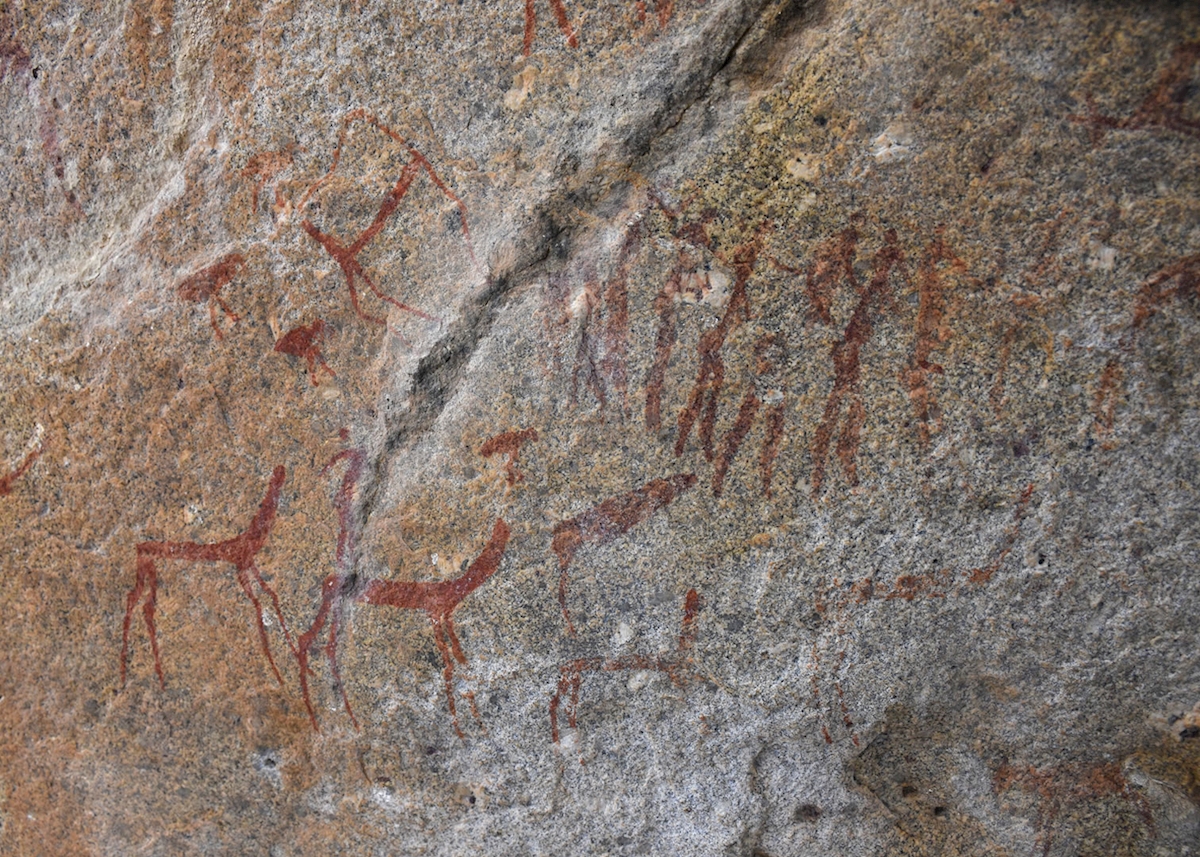 Rock are from the Erongo Mountains

Swakopmund had not been on my list, but Owain suggested a stop there, so I was ready for my guide Rudi the next morning. The weather was grey and I expected little from the trip, but Rudi knew what he was doing, both in driving and in pointing out different bird species as we started on the sand heading for Sandwich Bay.

Slowly, the fog and gloom started to lift. Jackals and seals were on the beach, dolphins in the surf and birds everywhere. By mid-morning it was glorious, with dunes falling to the strand line. We had a lovely picnic lunch before Rudi headed inland over the dunes as the tide came in. It was nice having someone else driving.

As I left Swakopmund in the famed coastal fog — the last of my Big Five — I knew I was heading to the end of the trip. My final stop was to be in the Erongo Mountains, which Owain suggested as a break on the long drive back to Windhoek. At Ai-Aiba Rock Painting Lodge and nearby Philips Cave, I focused on the rock formations and San rock art. 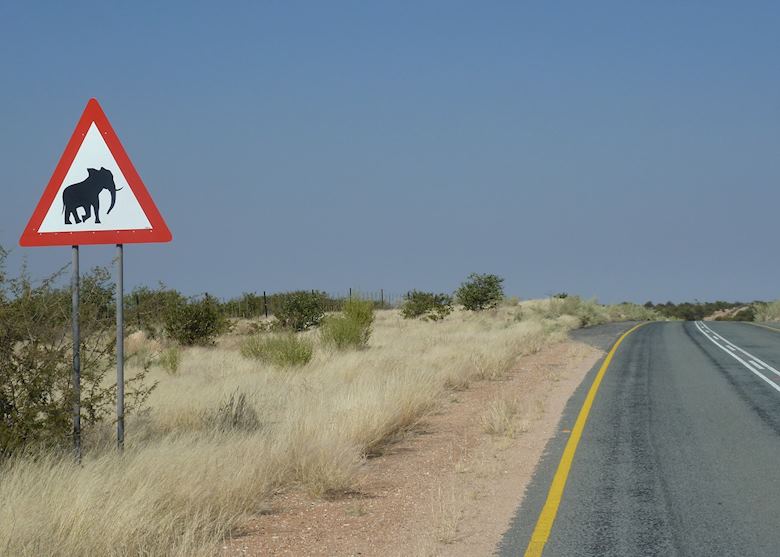 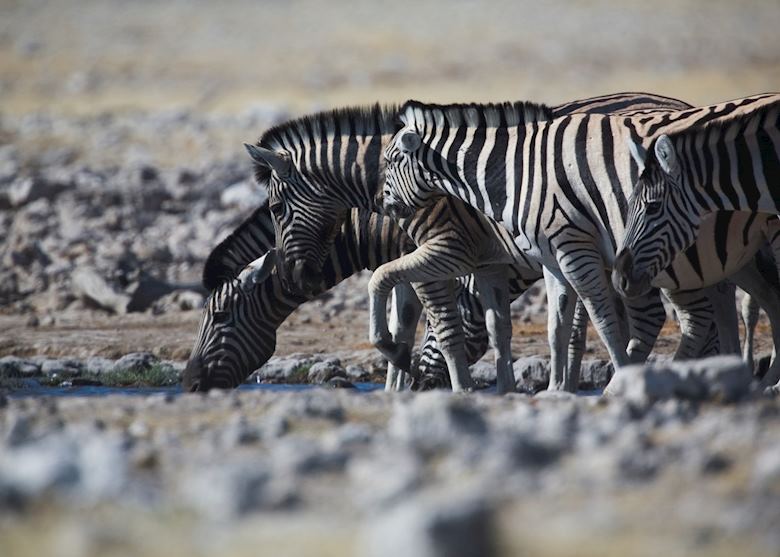 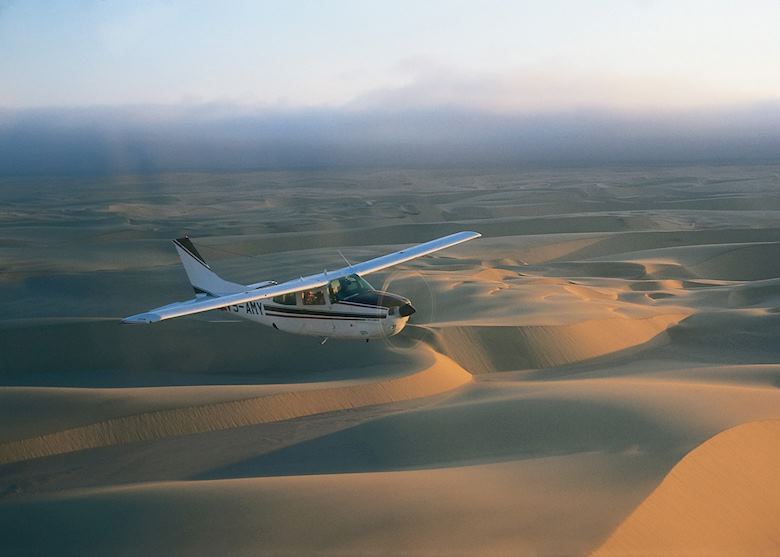 What to do in Namibia: our highlights guide Self-driving in Namibia Honeymoons in Namibia Namibia safaris Family holidays in Namibia
Get in touch