Laura, from our Iceland team, shares her best moments from her research trip to the land of fire and ice. From being lowered inside a volcano to rafting through glacial valleys and spotting whales and puffins along the coast, she experienced enough to warrant her own Viking saga.

‘This is different’, I thought to myself as I was gradually lowered into the belly of a dormant (but not quite extinct) volcano just southeast of Reykjavík. I busied myself by observing the different layers of rock my open cable lift was passing, spanning whole geological ages in six minutes.

Soon, the glow of the magma chamber floor grew stronger and I stepped foot onto the rocky interior of Þríhnúkagígur volcano (pronounced ‘three-nuga-geegu’ — be prepared to wrap your tongue around some interesting words while in Iceland).

The cave-like walls surrounding me were pink, orange, red and blue, as though someone had splashed buckets of paint against the rock. The guide who greeted me at the bottom of the lift explained that this is a result of the volcanic forces that created the chamber.

How many other places in the world can you spend 40 minutes exploring the interior of a volcano? For me, this is the crux of what makes Iceland so beguiling — you can do things you won’t come across anywhere else, and the country itself is a complete one-off, both in terms of landscapes and culture.

Puffins and elves in the Eastfjords 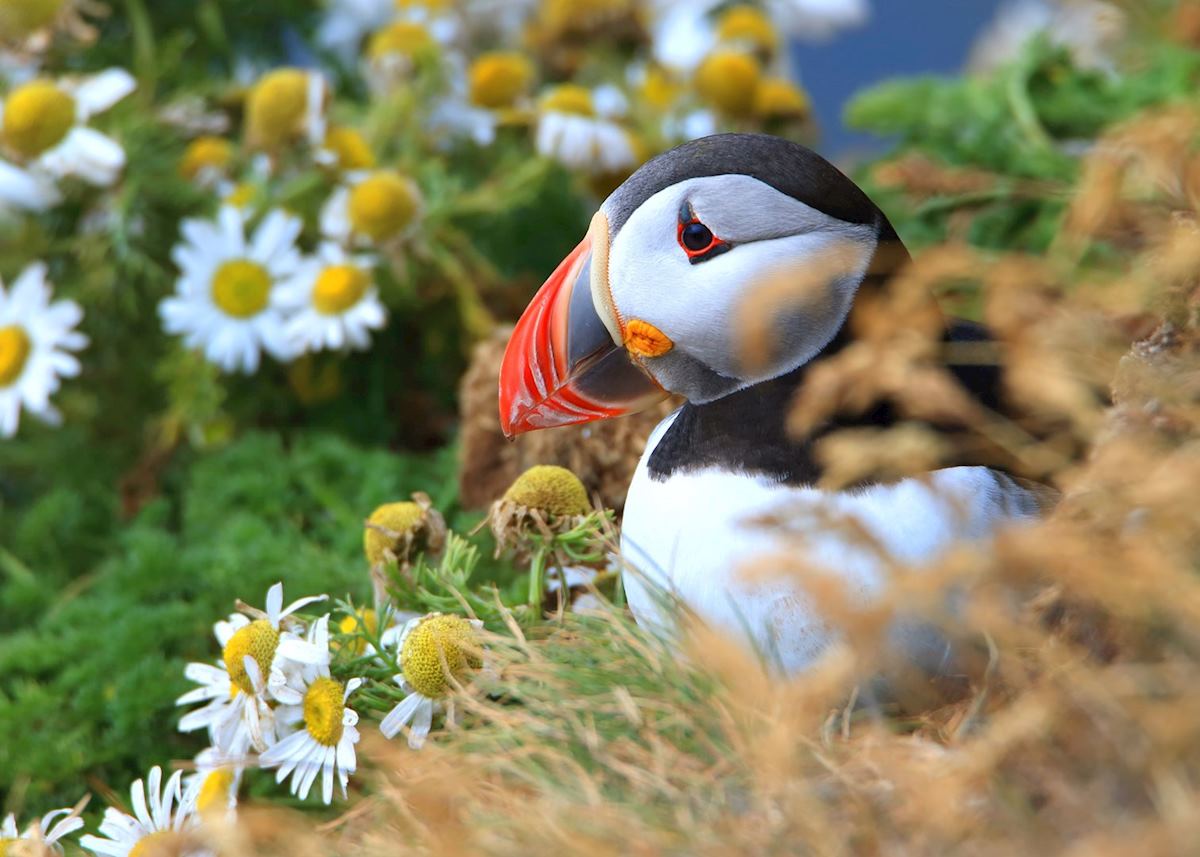 A few days later, I was in Iceland’s Eastfjords, an area that most visitors pass by on their journey north. Their loss, because I soon decided this was the most beautiful place on the island. The road hugs the coastline, which dips down dramatically to the cool-blue water of the fjords, and snow streaked mountains loom as you wind around corners.

Between mid-May and mid-August, the village of Fáskrúðsfjörður is one of the best places in Iceland to see puffins up close. Boardwalks lead to lively colonies that nest on the rocky promontory. The birds here aren’t shy — I came within a few steps of them waddling on the rocks, sheltering in their burrows and preening each other.

You can also spend your days hiking along the coast, stopping off at tiny fishing villages where many residents believe in the existence of elves (think Tolkienesque elves that can easily pass as humans).

In fact, the Queen of the Elves, Borghildur, is said to reside in Álfaborg, a fortress-like rock close to the mouth of Borgarfjörður Eystri fjord. I got into an interesting conversation with one man who told me he’d seen the queen just last week. 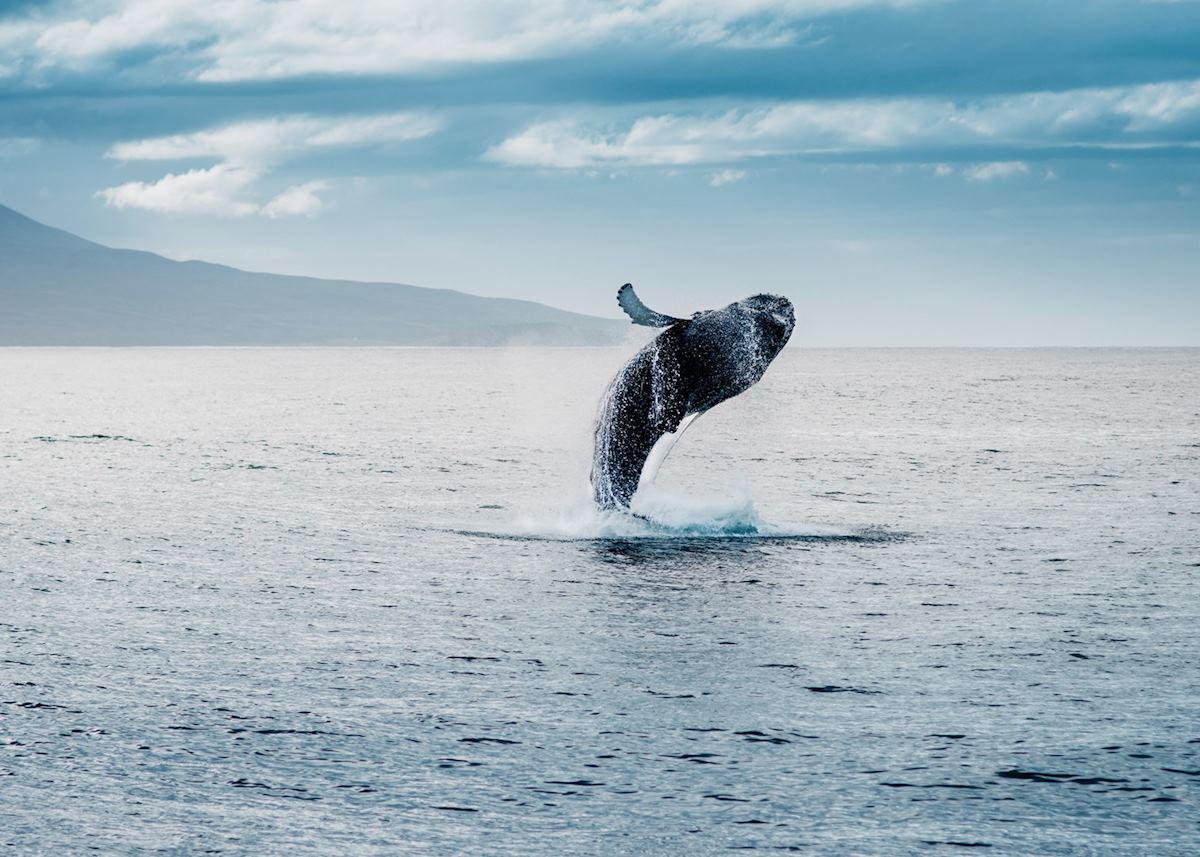 Once I arrived in the north of Iceland, the landscape changed once again. While the east is the least volcanic region, the north’s vast tracts of dark volcanic wasteland seem almost alive as steam forces its way out of the earth. My guide told me locals bake sweet rye bread by burying the dough underground, which is then slowly cooked in the geothermal heat.

Unsurprisingly, this is the place for a thermal bath. While the Blue Lagoon draws hordes of visitors on day trips from Reykjavík, Mývatn Nature Baths is much quieter and often visited by Icelanders, who use the natural pools as a place to catch up with friends.

I soaked in its soothing, steaming waters until I was suitably prune-like, looking out over nearby Lake Mývatn, which is a popular breeding ground for water birds such as black-tailed godwits, pink-footed geese and horned grebes during the summer.

It’s not all serene relaxation: Iceland’s north is also home to some of its most powerful waterfalls, including Dettifoss, whose curtain of water holds the biggest volume in Europe. I prefer horseshoe-shaped Goðafoss, though, which reminded me of a miniature Niagara. I also experienced adrenaline-packed white-water rafting where I finished up soaked but exhilarated.

The highlight here for me, though, was whale watching. I joined a tour operated by a local dive shop that, if conditions allow, gives you an opportunity to snorkel in Eyjafjörður fjord. Humpbacks are often sighted in these waters between May and November, having migrated from the Caribbean to feed.

After layering up in dry suits to keep us warm, we headed out onto the inky-blue fjord at 9pm. It was still broad daylight, but late enough that other boats had left, so we had the water to ourselves.

That was, until Erlendur, my guide, gestured to our left. ‘Humpback!’. I turned in time to see the whale fluke its tail. The next sighting was very close to our boat — it was so quiet that all we could hear was the spout of water erupting from the whales’ blowholes.

The humpbacks’ constant movement meant we were unable to enter the water with our snorkels, but I’d still never been closer to a whale.

The south and west: a fitting finale 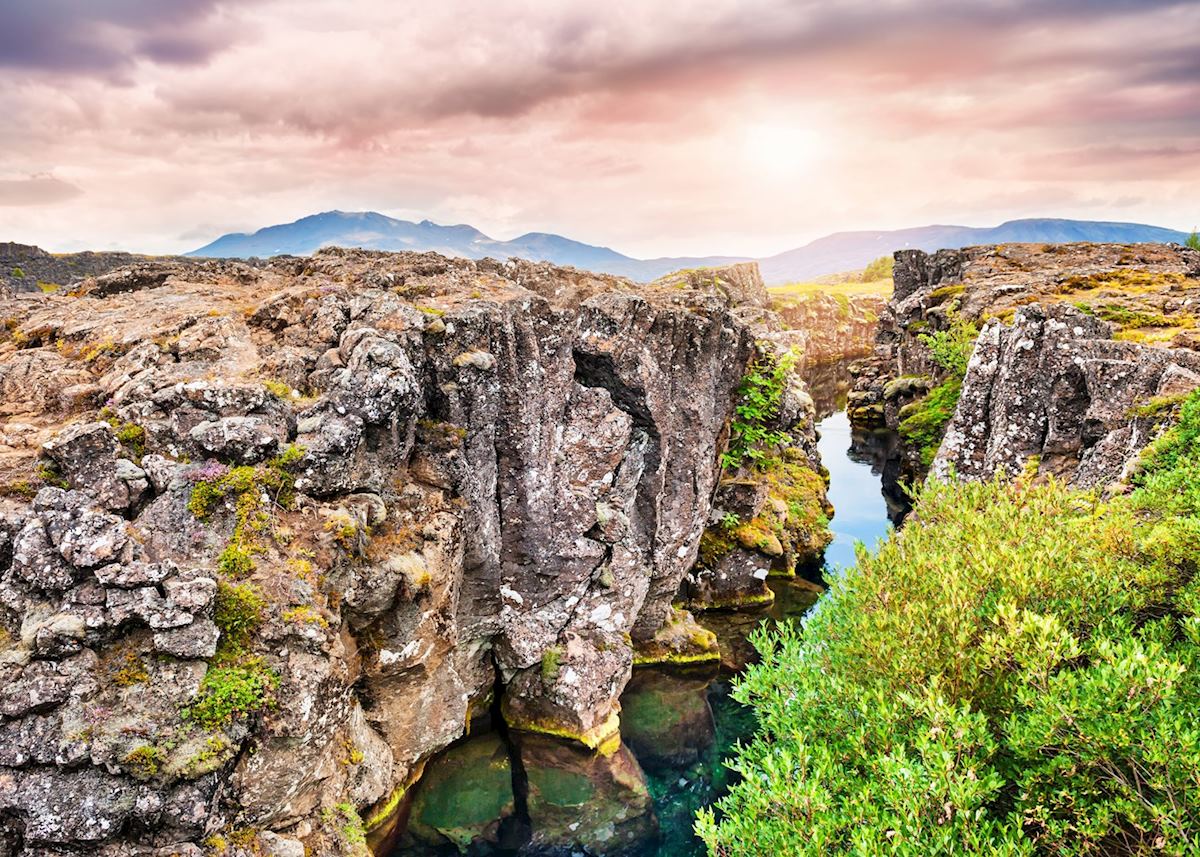 As I headed back south towards Reykjavík, I took a detour to the Snaefellsnes Peninsula.

This claw of land, home to Snæfellsjökull National Park and its glacier-capped volcano of the same name, is a microcosm of Iceland’s geography. You’ll notice volcanoes and lava fields similar to those in southern Iceland, fjords reminiscent of the east, and volcanic wastelands as seen in the north, as well as black-sand beaches and the only golden-sand beach in Iceland. Driving around the peninsula towards the end of my journey was like watching a real-life highlights reel of my trip.

The final activity of my trip was also one of the most memorable, and one you can’t do anywhere else on Earth. Clue: it involved wearing a thermal onesie, a wetsuit, thermal gloves and a waterproof cap that covered my entire head…

I was going to snorkel between the Eurasian and North American tectonic plates.

The tour takes you from Reykjavík to the heart of þingvellir National Park. After a briefing and an explanation of the plates’ geology, I joined a group of six others as we entered the cuttingly cold water. It was worth it.

You follow a set route led by an experienced guide, swimming through the water-filled fissure separating the two jagged walls of rock. I couldn’t believe how clear and blue the water was, which was also pure enough to drink.

By the end, I found myself thinking once again, ‘That was different.’

Highlights of Iceland: volcanoes, glaciers, whales and waterfalls Seeing the northern lights in Iceland: a Q&A More outdoor activity trips with Audley
Get in touch