Borneo can be visited as a destination in its own right or combined with Peninsular Malaysia.

There's a regular domestic flight service, so no particularly long drives are required. We'll also provide you with private specialist guides who will have in-depth knowledge of the wildlife or culture of the region.

A trip to Borneo will usually feature boat journeys as this is the traditional method of travel along the networks of rivers, and we try to reflect this in our itineraries. Many operators to Borneo will base you in one particular beach resort and provide day trips to see something of the wildlife and culture.

Despite there being some very good beach and city accommodation, we encourage you to go off the beaten track and stay in some of the atmospheric jungle lodges. This provides a more authentic experience and allows wildlife to be viewed in the early morning and late afternoon, when sightings are at their best.

Bahasa Malaysia is the national and official language, but English is widely spoken. Other languages are Chinese (Mandarin), Hindi, Iban and other tribal dialects.

In multi-racial Malaysia, every type of cooking from Southeast Asia can be tasted. Malay food concentrates on subtleties of taste using a blend of spices, ginger, coconut milk and peanuts. Sambal (a paste of ground chilli, onion and tamarind) is often used as a side dish. Blachan (a dried shrimp paste) is used in many dishes and ikan bilis (dried anchovies) are one popular snack. Popular Malay dishes include satay, which consists of a variety of meat, especially chicken, barbecued on small skewers with a spicy peanut dipping sauce and a salad of cucumber, onion and compressed rice cakes. The best sauce often takes several hours to prepare to attain its subtle flavour.

There are many regional types of Chinese cooking including Cantonese, Peking, Hakka, Sichuan and Taiwanese. Indian food is also popular, with curries ranging from mild to very hot indeed. Vegetarian food, chutneys and Indian breads are also available. Indonesian cuisine also combines the use of dried seafood and spiced vegetables with the Japanese method of preparation with fresh ingredients cooked to retain the natural flavour. Japanese, Korean and Thai food are available in restaurants. Western food is served throughout the country, particularly in major hotels which have continental menus and international coffee shops. Drink: Although the country is partly Islamic, alcohol is available. Local beers are Tiger and Anchor.

Tipping: 10% service charge and 5% government tax are commonly included in bills. If you'd like to reward good service we recommend tipping guides at around MYR25-30 per day and MYR15 per day for drivers per couple. Obviously this is very much a rough guide and you are completely free to give whatever you feel is appropriate. For porters in hotels (and at airports where appropriate) we recommend that you give approximately MYR3.

Malaysian Borneo's population is a mixture of diverse cultures and characters. In general, the racial groups integrate, but keep to their individual traditions and lifestyles. Society tends to be governed by the authority of elders and a strong sense of respect and etiquette.

Hospitality is always warm, lavish and informal. Visitors should follow Malaysian example and respect religious beliefs, such as taking off footwear at the door and wearing appropriate clothing. Dress should be informal, but not over-casual. Within towns, smoking has now become the subject of government disapproval and fines are levied in a number of public places. You should avoid touching food with your left hand. Shaking hands, although European, has become common place.

When to go to Borneo

You'll find temperature and rainfall information, together with a month-by-month guide on visiting, on our guide for when to go to Borneo. 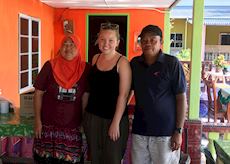 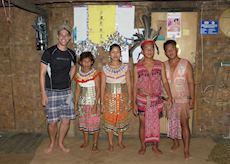 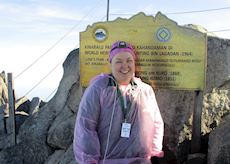 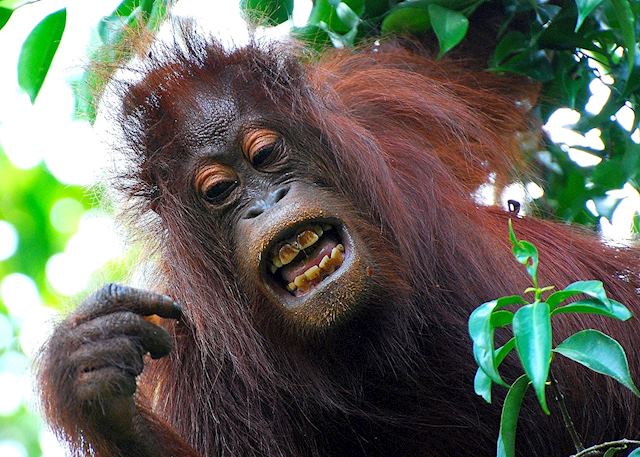