The Nxai Pan National Park is situated on the northern fringes of the ancient Makgadikgadi Lake basin. The park covers a vast area, comprising Nxai Pan itself, Kgama-Kgama Pan to the northeast, and the Kudiakam Pans to the south.

The pans themselves are ancient salt lakes, ringed to the south and west with thick fossil dunes of wind-blown Kalahari sand. The park itself is very flat, huge open grasslands with the famous Baine's Baobabs being the most striking landmarks.

After good rains in the area, Nxai Pan is covered in lush green grass. This attracts huge concentrations of Burchell's zebra, blue wildebeest and springbok, while healthy numbers of other grazers include gemsbok, eland and red hartebeest. Large giraffe herds move across the pans between the acacia islands, which they prune into characteristic hourglass shapes.

The mopane woodland shelters browsers such as impala and kudu, which often venture out onto the pans for the permanent waterholes and rich mineral salts.

In summer, small herds of breeding elephant can sometimes be seen as well as the occasional tsessebe. In winter the great herds disperse from the pans, leaving few grazers except the hardy springbok, and a few timid steenbok that find shelter in the thickets.

Predators are well represented with lion, cheetah, hyena and wild dogs at sporadic intervals. A particular delight are all the smaller animals such as honey badgers, bat-eared foxes, African wildcats, banded mongoose, spring hare and porcupines.

This sample itinerary will give you an idea of what is possible when you travel in Nxai Pan National Park, and showcases routes we know work particularly well. Treat this as inspiration, because your trip will be created uniquely by one of our specialists. 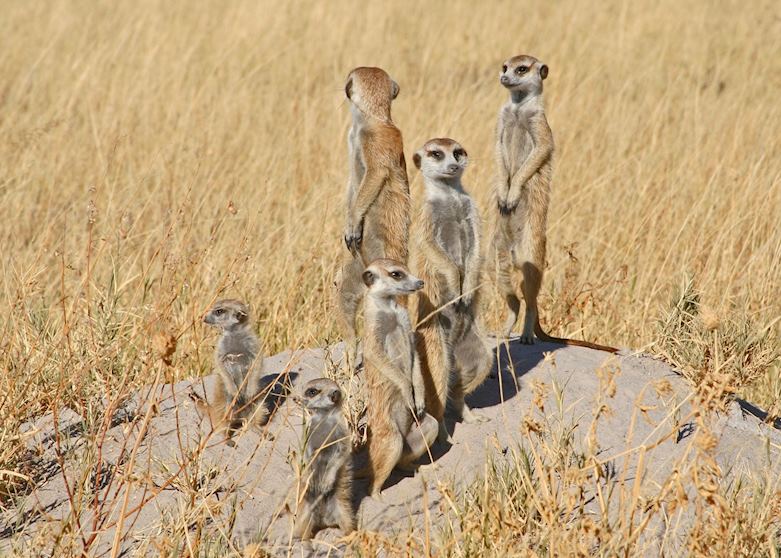 This trip gives a wonderful experience of the diversity and uniqueness of Botswana's landscapes. Travelling in the Emerald Season you are likely to have some rainfall however you will also see the desert regions at their best for wildlife and enjoy the Okavango Delta at its most lush and green. You begin with a visit to the Makgadikgadi Pans, an incredible stark salt pans landscape which blooms at this time of year attracting zebra and antelope herds. Move on to Tau Pan where the game viewing is at its height in the Emerald Season and then finally travel to the unique and beautiful Nxai Pan. At this time of year the birdlife is superb and this is the time of year when plains game give birth to their young.

We’ve selected a range of accommodation options for when you visit Nxai Pan National Park. Our choices usually come recommended for their character, facilities and service or location. Our specialists always aim to suggest properties that match your preferences. 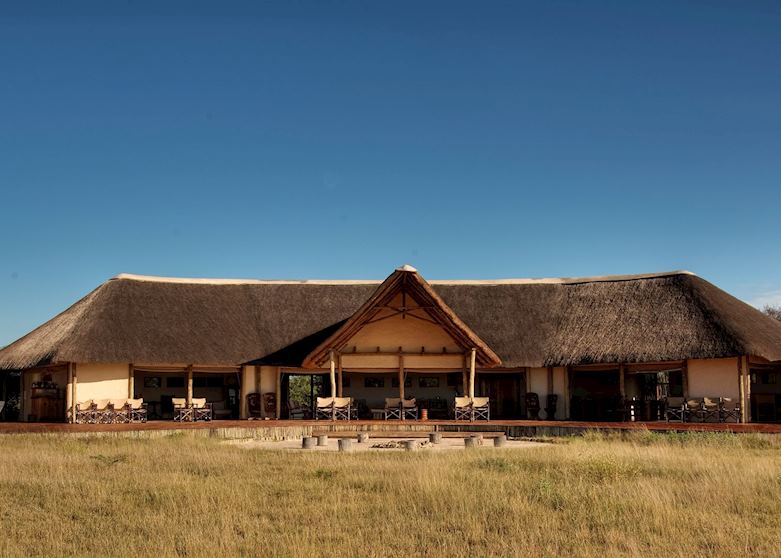