When is the best time to visit the British Virgin Islands?

The British Virgin Island’s climate is tropical and humid, moderated by cooling northeast trade winds. Temperatures are pleasantly warm year round, hovering around 27°C (80°F), though it can be significantly lower in the evenings from December to April when the trade winds are at their coolest.

The driest months are usually February to May, with the majority of the island’s rainfall occurring from September to November. However, when the rain does come it’s usually brief, heavy bursts and the average hours of sunshine don’t have a huge variation through the year.

The beauty of the British Virgin Islands is best appreciated by sail boat, hopping from island to island following in the footsteps of pirates such as Blackbeard, so make time for one of the many sailing excursions on offer in the area.

Month-by-month guide to travelling in the British Virgin Islands 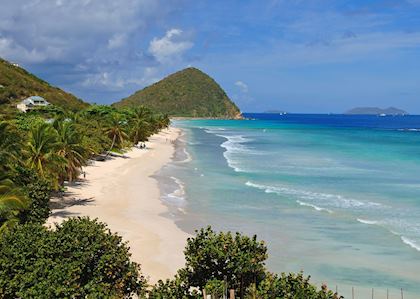 January has an average high of 29°C (84°F), falling to a comfortable 20°C (68°F) in the balmy evenings. Although there are rainy days, it is still one of the driest months, with brief, tropical showers giving way to sunshine for the rest of the day. It is a popular month to travel and we recommend booking well in advance. 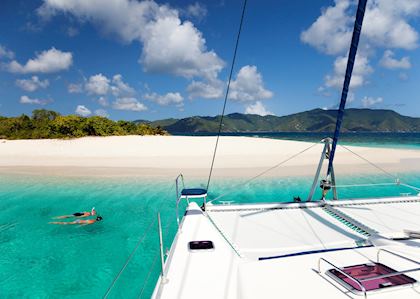 These are the driest months, making them the most popular time to travel, so we recommend booking in advance. The occasional shower is still possible but they are usually short bursts in the late afternoon, clearing the air. 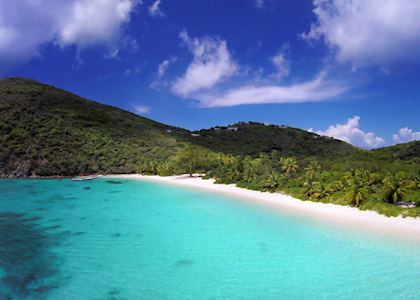 Visiting the British Virgin Islands in April - May

These months can be a great time to travel as prices are lower and the weather is only slightly wetter than in February and March. Temperatures average a comfortable 26°C (78°F). 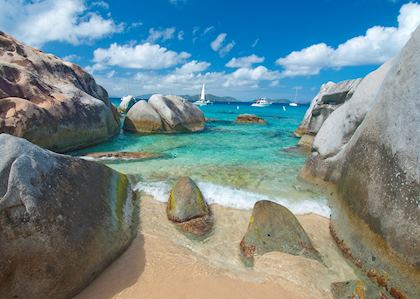 An excellent value time to travel, prices are often a fraction of those offered during the high season. Rainfall is at its highest, peaking in October. This usually consists of relatively short but heavy tropical showers. However, there are still plenty of sunshine hours and the islands becomes more lush with rich green vegetation and beautiful tropical flowers. The official hurricane season falls between July and November, although storms rarely occur before September. 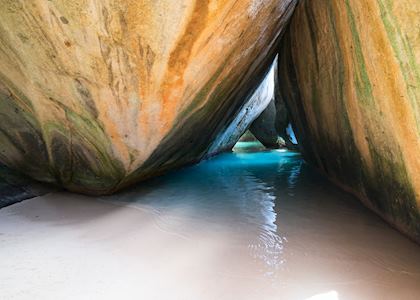 The beginning of the dry season, although there are still occasional showers, usually only lasting a few hours in the late afternoon. The islands are wonderfully lush after the rainy season. Christmas is a very popular time to visit, with many people booking a year or more in advance.

Practical tips for travelling to the British Virgin Islands, from social protocols to guidance on money matters, with a link to the latest government travel advice.