Set on the northern shores of the Saskatchewan River, Edmonton is the capital of Alberta.

Its abundant quartzite was used by First Nations peoples to fashion tools and weapons and it was later at the heart of Canada’s richest fur producing lands, but today its wealth is built on 'black gold': oil.

Things to see and do in Edmonton

The remarkable Muttart Conservatory uses distinctive glass pyramids to reproduce a variety of diverse ecosystems for visitors to experience, while in the late Victorian suburb of Old Strathcona they can stroll through the summer Farmers’ Market.

Our itineraries will give you suggestions for what is possible when you travel in Edmonton, and they showcase routes we know work particularly well. Treat them as inspiration, because your trip will be created uniquely by one of our specialists.

We’ve selected a range of accommodation options for when you visit Edmonton. Our choices usually come recommended for their character, facilities and service or location. Our specialists always aim to suggest properties that match your preferences. 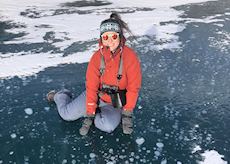