What to do in Ecuador: our highlights guide

The Ecuadorian mainland is often overlooked by those heading straight out on a cruise around the Galapagos Islands. However, if you only touch down for a night or two before heading out to the islands, I think that you’re missing out.

Almost every journey you make within Ecuador passes through dramatic and rapidly changing scenery, and your surroundings at the end of the day are likely to be entirely different from those you woke up in. You can be in the Amazon one day, and then in the high Andes the next, with a metropolitan capital city to enjoy in between.

High up in the snow-capped Andean mountains, Ecuador’s capital is full of atmosphere and charm. Churches, chapels and convents are joined by cafés, museums and some really good hotels, so for me it’s an ideal introduction to the country. Quito is small enough to explore on foot, with two distinct areas: the modern commercial district and the UNESCO protected Old Town, with its maze of plazas, cobbled streets and colonial-era buildings.

I advise allowing a little time here for acclimatisation to the altitude on arrival, but personally I find that the city’s spectacular backdrop more than compensates for a little breathlessness here and there. A great way to take in the city’s dramatic geography is with a cable car ride from El Panecilla Hill.

If you’re in Quito on a Monday morning, you can join the crowds in the square outside the Presidential Palace to see the weekly ‘Changing of the Guard’ ceremony. Soldiers on horseback and marching musicians create plenty of pomp before the president appears on his balcony and the national anthem is played.

During the week, many other attractions can be enjoyed such as marvelling at the dazzling gold of La Compañia and chocolate tasting in the artisan street of La Ronda.

Andean hats in the market in Otavalo

In the countryside just a couple of hours north of Quito is Otavalo, one of my favourite places in Ecuador. The market here attracts people from all the villages in the area and local people in traditional dress sell handicrafts – from bright woven fabric bags or clothing to baskets, woodwork and lace.

The journey to Otavalo is as enjoyable as the market itself, as you’ll stop in several different towns en route to watch skilled experts at work at their individual crafts. Do let your guide know if you have a particular interest or want to find something specific. My brother is a musician so I stopped in a music shop and bought some Andean pan pipes, which I saw being made and then played.

If time allows, it’s worth spending  a night in the countryside around Otavalo. There are several spectacular haciendas here, some of which date back to the 17th century, and survived the liberation of the country from the Spanish. These grand country houses are family-owned and filled with paintings and antiques.

You can also enjoy relaxing in their gardens, many hosting an array of flowers and birds, or perhaps arrange a horse riding excursion through the beautiful surroundings.

Hummingbird in the cloudforest area, north of Quito

Immerse yourself in the cloudforest

The cloudforest area to the north of Quito is cool and damp, with dense forest covering the Andean mountain slopes. In under two hours’ drive from the capital, you can be in one of the pristine reserves, which provide a pleasant and relaxing nature experience, particularly if you don’t wish to take a flight to the Amazon. The biodiversity of flora and fauna in this region is exceptional. You’ll quickly find yourself kneeling in the moist earth to marvel at a rare orchid or a miniature tree frog, and craning upwards to follow the sounds of colourful birds in the trees overhead.

Birdwatchers will take particular delight in this area, as several hundred different bird species have been recorded in the region including numerous species of hummingbirds, plate-billed mountain toucans and vibrantly coloured trogons and tanagers.

There are several excellent eco-lodges in this area, which are simple but comfortable, enabling you to feel at one with your surroundings while being well looked after.

The Amazonian rainforest in Ecuador

Travel from the Andes to the Amazon

The steamy Amazonian rainforest is a spectacular contrast from the cool, clear air of the Andean highlands. A short flight from Quito to Coca is the most convenient way to access the rainforest. Try to sit by the window so you can see the scenery change from Andean peaks to the lush greenery of the jungle, with huge emerald rivers snaking across the landscape.

At Coca, you’ll be met by the guide from your lodge, and will join him or her on a journey down the Coca River, far away from civilisation and deep inside the Amazon rainforest.

The lodges here are all remote, but well set up for visitors, and you will be immersed in the jungle and surrounded by wildlife. My favourite sight was the riotous monkeys leaping from branch to branch overhead. Another highlight was a trip to one of the clay licks to see the bright macaws gather for food. You may also see caiman, particularly if you choose a night-time boat trip.

If you fancy something a little different to a lodge stay, river cruises of various durations also depart from Coca and can be a relaxing way to take in the flora and fauna of the rainforest.

Cotopaxi is a vast – and very active – volcano south of Quito in the heart of the Avenue of the Volcanoes. The latest eruption started in August 2015, and travellers witnessed smoke and ash spewing from the crater as they flew into Quito during the following months.

The national park surrounding Cotopaxi’s enormous cone is an extensive ecological sanctuary, home to multiple ecosystems. Driving or hiking through it in the shadow of the volcano itself, you travel through areas of pine trees, then small cactus plants and finally reach a lake. Looking downwards, you see birds in lush greenery below you and, looking up, the snow on the volcano’s peak. As the volcano was – until its recent activity – popular with climbers, there is a refuge on the snowline, from where you can hire mountain bikes.

Cotopaxi can be reached in an hour and a half’s drive through the Avenue of the Volcanoes on the Pan American Highway from Quito. There is also a scenic train journey that passes Cotapaxi on its route to the coast.

Whether you access the national park itself or stay nearby is very much dependent on the activity levels of the volcano, but, even if you are just passing by, the glimpse of Cotapaxi’s perfect cone is always a treat.

The Devil's Nose route through the Andean Mountains

From the Avenue of the Volcanoes you can take the Devil’s Nose train journey. Clinging to the side of a mountain, the train winds its way through numerous thrilling switchbacks to a mountainous valley. With no space to turn, the train travels backwards and forwards as it ingeniously makes its way down a steep wall of rock.

The Devil’s Nose railway has earnt its place in history as a magnificent feat of engineering and one of South America’s most iconic train journeys.

The Cathedral of the Immaculate Conception in Cuenca

Visit the birthplace of the Panama hat, Cuenca

Cuenca is a delightful colonial city to the south of Quito, down the Avenue of the Volcanoes. It’s the birthplace of the Panama hat, which were so widely used by workers on Panama’s canal in the early 1900s that they gained their misleading name. In fact, the particular palm that they’re woven from doesn’t grow in Panama at all. As you’d expect, the city is extremely proud of its famous hat, and there is a choice of small factories to visit, as well as plenty of shops to purchase your own.

Declared a UNESCO World Heritage Site in 1999, Cuenca was founded in the 16th century by the Spanish and abounds in history. Some of the properties on the main square have been owned by the same families since colonial times, and this is a beautiful city to wander around, exploring the cobbled streets and market squares.

Cuenca’s colonial charm, relaxed pace of life and year-round spring-like climate make it one of Ecuador’s most charming places to spend a couple of days.

Start planning your holiday to Ecuador 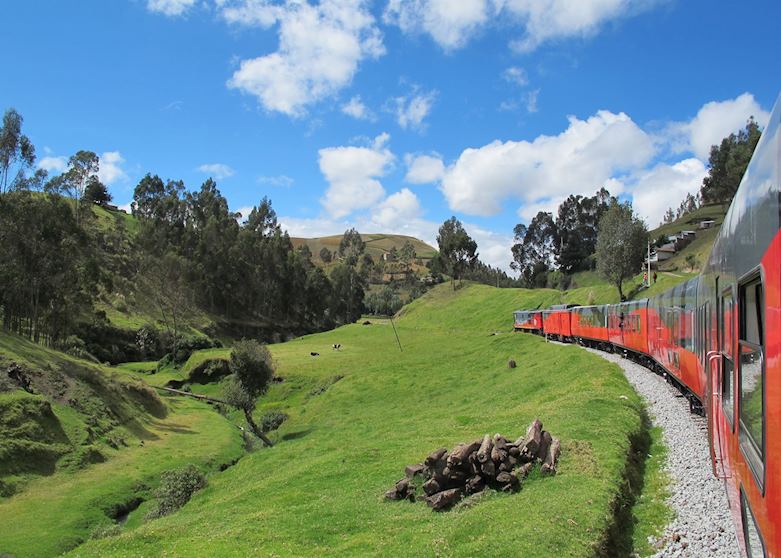 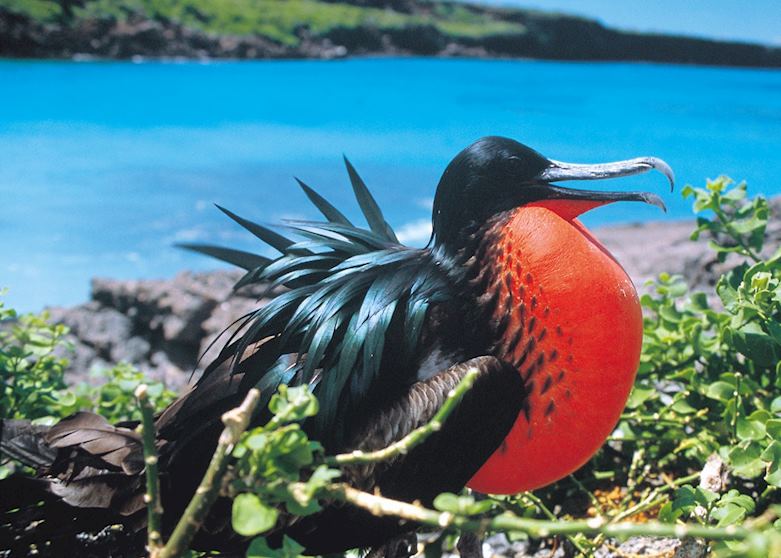 Wildlife of Ecuador: Amazon and Galapagos 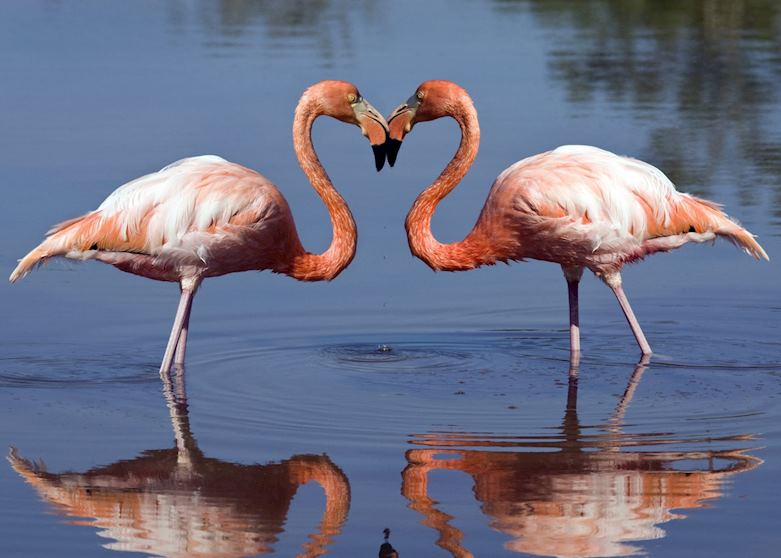 Wildlife highlights of the Galapagos Islands Where to go in the Amazon: planning your journey into the rainforest