Egypt is a simple country to visit, with most of the key places of interest lying along the line of the Nile, easily connected by logical itineraries.

Travel across larger distances is by scheduled flights, whilst local travel and sightseeing is easiest with a private driver and guide. At certain sights, local guides are employed for their specialised knowledge of a particular monument.

Nile cruises are the most popular way to visit Egypt’s greatest archaeological treasures around Luxor and Aswan, and include guided excursions throughout their routes. These are in groups of around 20, with professional English-speaking guides.

For the more adventurous, desert excursions with 4x4 vehicles on a private or small group basis can discover lesser-known sites and attractions.

Certain dates, such as the holy month of Ramadan when most of the country fasts during daylight hours, may affect your travel plans, and we will ensure such factors are taken into account.

Arabic is the official language of Egypt, however, all of the guides and representatives who deal with you will speak reasonable or good English. In Upper Egypt, away from the sites, souqs and hotels, it is quite possible that you will encounter locals who speak no English.

Most of the food you eat will be in hotels, bigger restaurants and on the cruise vessels and this tends to be an international version of local cuisine: slightly sanitised Lebanese and Turkish cuisine such as homous, kofta (mince patties), kebab, and plenty of traditional flat bread. Nubian food in the south is more spicy and cooked in earthenware pots, almost Moroccan style. If you take excursions into the desert in the Sinai, you may encounter traditional Bedouin cooking: flat bread baked on the inside wall of a kiln-like oven and normally some sort of mutton-based stew. The Egyptians have a tradition of brewing that is long, if not all that distinguished. Stella (absolutely nothing to do with the Belgian beer of the same name!) is the longest-established brewery, founded by a German and brewed to the famous German purity laws. Another brew worth investigating is Saqqara Gold, a more recent addition to the Egyptian bar which perhaps has a slight edge over Stella.

Tipping, known as baksheesh locally, is endemic and will be variously requested or demanded for every service rendered, no matter how small. You will even find that some people request baksheesh without offering any service - these requests are the easiest to turn down! Other areas where you might be expected to tip include on the cruises. Guides are tipped separately - you can use the above guidelines. At airports, there will be a local representative to help you with check-in and arrival as well as someone to assist you with obtaining your visa who can also be tipped a small amount. Tipping is discretionary: it is an accepted part of culture and you should tip the smaller services no matter how perfunctory they seem.

Egypt's currency is the Egyptian pound (LE). Credit cards can be used in hotels, major restaurants and shops, but not in many other places. There are ATMs now in most of the major towns, and money and travellers cheques can be changed at the main bank branches and the Forex private money exchangers.

Egypt is a predominantly Muslim country, although government is secular. It is very important to respect Muslim social customs. This involves dressing in a way that will not offend: men should never be in public without a shirt of some sort on, and both sexes should remove shoes before entering a mosque or religious site. The conventions for women are harder to prescribe, but put simply the more you cover up, the less unwelcome hassle and attention you can expect. Women should also cover their heads in mosques and religious sites. Public displays of affection should be avoided.

Do not photograph anything to do with the military or government buildings - also avoid photographing bridges and canals, or anything that could be construed as having strategic significance. Ask people if they mind before photographing them.

During Ramadan do not eat, drink or smoke in public.

When to go to Egypt

You'll find temperature and rainfall information, together with a month-by-month guide on visiting, on our guide for when to go to Egypt. 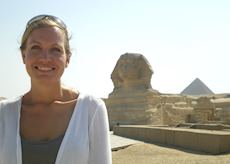 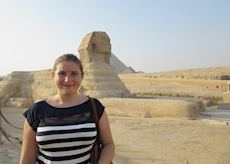 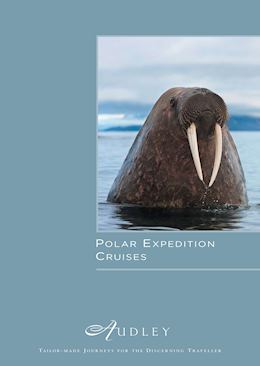 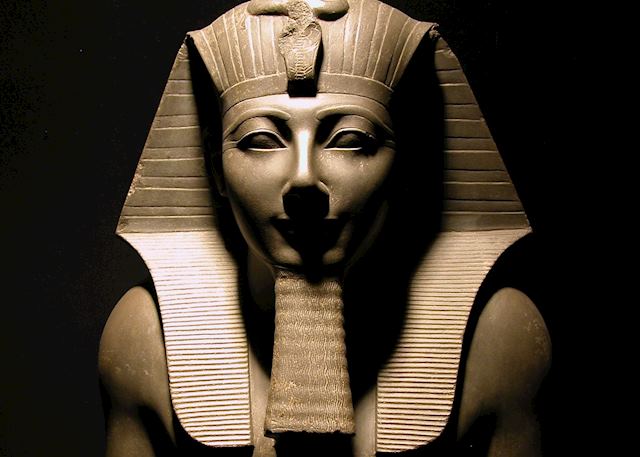