Located in Italy’s fertile heartland, Bologna is an affluent city with an attractive medieval core. Exploring the maze of historical streets, visitors will find miles and miles of porticoes or portici, lining the streets from the dramatic central Piazza Maggiore extending in all directions. Built into the structures of surrounding terracotta rooved buildings, these colonnaded passageways stretch right across the city, sheltering the routes between everything from grand Gothic and Renaissance palaces to markets, elaborate churches, and humble houses.

Home to Europe's oldest university, Bologna has long been an intellectual hub and has a lively, cultured feel. Surrounded by the rich agricultural land of the Po Valley, the city has also gained a world-class reputation for its gourmet food, and it's celebrated as the pasta capital of Italy.

Bologna is Italy’s culinary heartland, where all Emilia-Romagna’s great produce congregates. I like that it’s a real working Italian city, with relatively few foreign visitors (not everyone speaks English) — and yet it also has such a well-preserved historic core with some stunning architecture.

Things to see and do in Bologna

A complex of interlocking religious buildings spanning several centuries, the Basilica di Santo Stefano is a fascinating amalgm of architecture. Today four of what were originally seven churches remain in a complex, overlapping design. These include the 8th-century Church of the Holy Crucifix with its beautiful frescoes and crypt, and the 4th-century Church of the Saints Vitale and Agricola, which incorporates Roman carvings and masonry and the remains of a mosaic floor.

Also here is the 13th-century Courtyard of Pilate, said to be where Pontius Pilate washed his hands after ordering the death of Jesus (although, in reality, the font dates from the 8th century). There are also a small museum and a medieval cloister with intricately carved capitals on its columns.

A compact grid of narrow medieval streets, the Quadrilatero, just east of Piazza Maggiore, is a lively area that was once the home of the city's tradesmen. Butchers, silversmiths, bakers, barbers and cobblers lined the streets and, today you’ll still find the streets filled with traditional food shops, market stalls and delis.

Indeed, this whole area makes for an ideal place to wander and enjoy the sheer scope of Bologna’s gastronomic offerings; pick up some fresh pasta, cheeses, cured meats or pastries or settle in to sample them in one of the many popular eateries. It’s also a great place to people watch, many local people still do their shopping here, and the narrow streets and vibrant stalls offer a glimpse into medieval Bologna.

Founded in 1088, Bologna's university is one of the oldest in the world and, in the 17th century, anatomy lectures were held in the Teatro Anatomico, the first purpose-built structure of its kind. Inside, a central space with a marble-topped table is surrounded by tiered cedar seating and sits under an elaborately coffered ceiling depicting the constellations surrounding Apollo, the god of health and healing.

Wooden statues of eminent ancient physicians decorate the walls, while two skinless figures carry the canopy covering the lecturer's chair. Although the building was destroyed during World War II, it was meticulously reconstructed using all the original pieces and is open daily to the public.

A monumental church begun in 1390, the Basilica di San Petronio was originally planned to be larger than Saint Peter's in Rome. However, in the 16th century, Pope Pius IV put a stop to the works, and the grand transept and cupola were never built. While the unfinished church has an obviously incomplete façade, the structure is still a highly impressive sight capable of holding 28,000 worshippers.

The nave is flanked by 22 internal chapels housing countless works of art, and two important organs make the church a significant musical hub. Most notable, though, is the enormous 17th-century meridian line, a type of large-scale sundial, which stretches 66.8 m (219 ft) down the eastern aisle. It helped the astronomers of the day to track the passage of time more accurately.

A hilltop church looking down over the red rooves of the city, the Santuario della Beata Vergine di San Luca (Sanctuary of the Madonna di Saint Luca) protects an icon of the Virgin Mary, supposedly painted by Saint Luke.

Legend has it that the image arrived in Bologna from Constantinople in the 12th century, but the present church dates to the 18th century. It’s connected to Piazza di Porta Saragozza at the bottom of the hill by the world's longest portico, its 666 arches winding down the slopes in grand fashion and built to protect the icon as it was paraded up the hill.

This sample itinerary will give you an idea of what is possible when you travel in Bologna, and showcases routes we know work particularly well. Treat this as inspiration, because your trip will be created uniquely by one of our specialists. 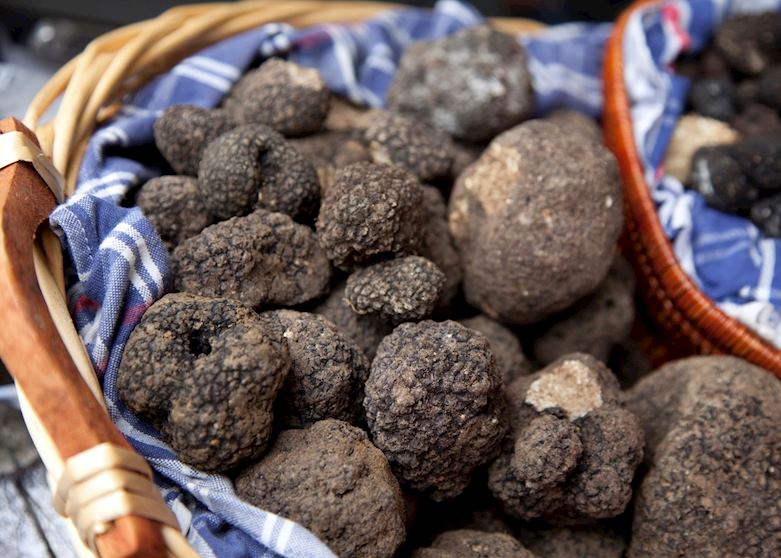 Italy has built a strong and illustrious reputation around its food, producing some of the world’s best pasta, meat and cheese. As diverse as the country’s regions, Italian cuisine is among the most popular in the world. On this itinerary, you dive head first into Italy’s food culture and sample some of the best of what the country has to offer when it comes to food and wine.

We’ve selected a range of accommodation options for when you visit Bologna. Our choices usually come recommended for their character, facilities and service or location. Our specialists always aim to suggest properties that match your preferences. 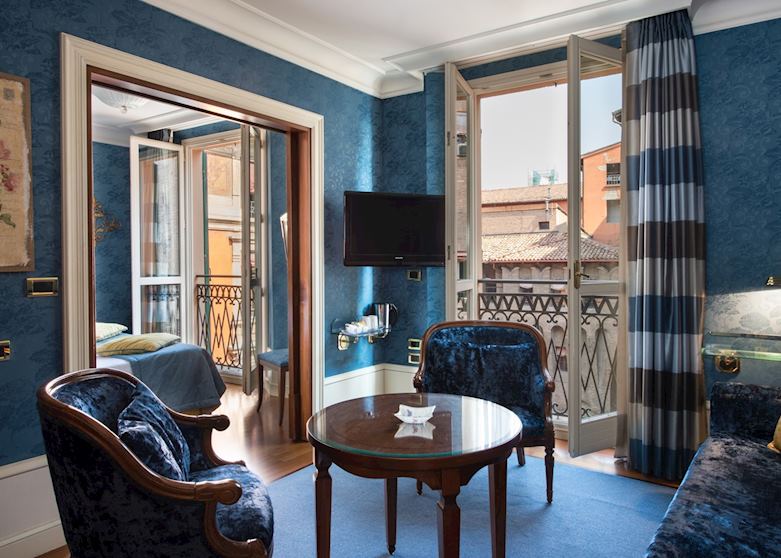 Offering a prime location in the heart of Bologna, the Art Hotel Orologio is well situated for exploring the city on foot. As the name suggests, a clock motif runs throughout the hotel and the quirky decor adds to a distinctive and stylish stay. 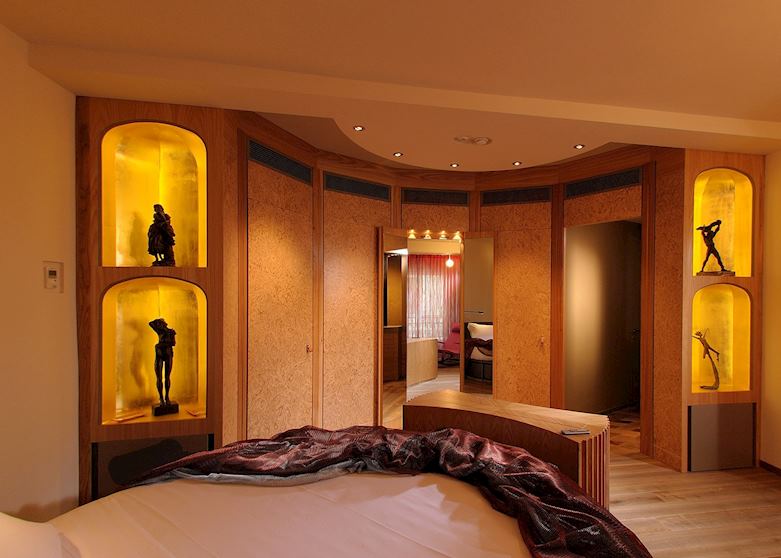 Sitting on a quiet square just off central Piazza Maggiore, the Hotel Novecento is an ideal base for exploring Bologna on foot. This boutique hotel has a collection of art pieces that are displayed throughout, from the polished lobby to the modern rooms.

Our specialists seek out authentic ways to get to know the places that could feature in your trip. These activities reflect some of the experiences they've most enjoyed while visiting Bologna, and which use the best local guides. 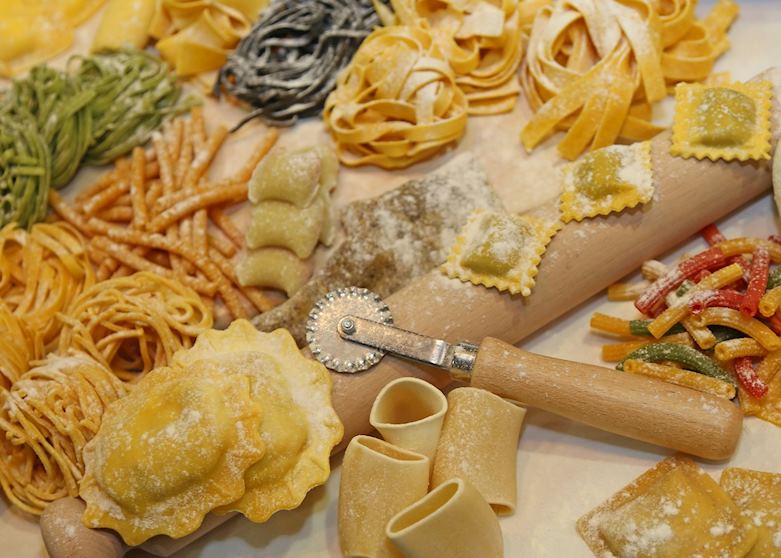 Learn from the experts in a region famous for its fine food by starting out in a local market to choose ingredients then mastering how to cook them in a private cooking lesson in Bologna, Italy's 'pasta capital.'