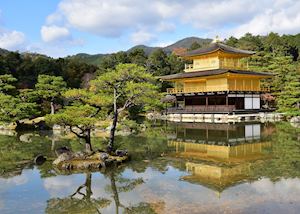 To the north, Kinkaku-ji (golden pavilion) is a Zen Buddhist temple set in a traditional strolling garden. The top two tiers are covered in a thick layer of gold leaf that glows yellow against the surrounding greenery. Nearby you can visit Ginkaku-ji (silver pavilion). Modelled on its gilded cousin, it was built by shogun Ashikaga Yoshimasa as his retirement villa. Without a slither of silver in sight, it’s thought that he ran out of money, but it’s also suggested that at night rays of moonlight hit the pavilion, making it shine silver.

The refinement of arts, crafts and pastimes has made Kyoto Japan’s cultural hub, bringing together artists, academics, geisha and artisans. The Women’s Association of Kyoto have established a range of short introductions to various aspects of Japanese culture, craft and cookery that invite visitors to visit a Japanese home and try their hand at traditional skills. Courses are run by women eager to share their hobbies with visitors, including ikebana flower arranging, calligraphy, paper crafts and the tea ceremony. 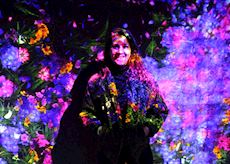 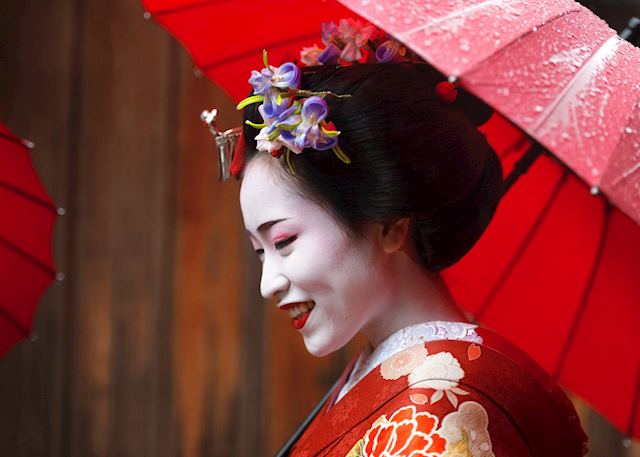