Places to visit in Jordan

‘Vast, echoing and God-like,’ was how TE Lawrence described the Wadi Rum, the desert expanse he crossed in search of rebel support under the approaching shadow of World War I. The location for many of Lawrence of Arabia’s exploits, it ranks as one of the best places to visit in Jordan. Our specialists have explored its canyons and red sandstone landscape, along with our other recommended places to see in Jordan. They’ll develop a trip based around where you want to explore. We’d start in Petra, a city of Grecian façades carved out of sandstone cliffs in the 3rd century. With a little extra time, you could spend a couple of days walking in the Dana Nature Reserve, or enjoy the novelty of bobbing near-weightlessly on the Dead Sea’s surface. Finish in Amman, Jordan’s modern capital. Once the Roman city of Philadelphia, its ancient theatre still stands.

Rightly famous for the spectacular Petra World Heritage Site, Jordan is also home to stunning nature reserves and the mineral-rich Dead Sea. Highlights include the Dana Nature Reserve and the vast desert expanse of Wadi Rum, famed as the location for many of Lawrence of Arabia’s exploits.

Popular places to visit in Jordan

Featuring heavily on our itinerary ideas for visiting Jordan, these places are destinations that we know prove consistently popular with our travellers. How you choose to include them in your trip can be tailored into a route that best suits your preferences.

Map of places to visit in Jordan 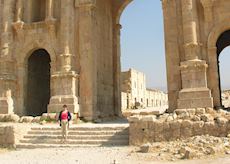 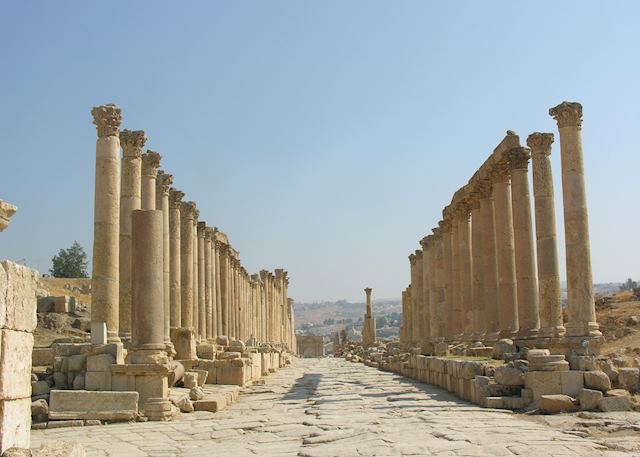