This tour gives you a hands on experience of Kuala Lumpur from the ground and takes you to some of the lesser known areas as well as the key city highlights.

The tour will last about four hours and covers around four kilometres. Along the way you can try some local food as well get to grips with the city's monorail.

Kuala Lumpur's original settlement began at the confluence of the Klang and Gombak rivers in the 19th century and this will be your first point of call.

The centuries-old colonial buildings, minarets, spires and arches of the area are a stunning reminder of the past and in great contrast to the modern skyline that people generally associate with Kuala Lumpur. Whilst here you can visit Jamek Mosque (the oldest in KL) and learn about Muslim beliefs, customs and practices.

In Jalan Melayu (Malay Street) you will see a street full of Malay traders and you can learn about traditional Malay remedies, outfits and food.

At Jalan Masjid India (Indian Mosque Street) visit Masjid India, a 19th-century Indian Muslim Mosque before you witness the making of roti canai (a type of flatbread) and teh tarik (literally, 'pulled tea', a frothy tea concoction) on the busy streets. Of course after you watch them being made you have to try them!

Once the main shopping street of the colonial capitol, Jalan Tuanku Abdul Rahman is today  known as KL’s garment district and you will bear witness to the lasting power of multi-generational family businesses that dominate this street.

In the 'Colonial Core' hear about the single-phase construction of Mughal-style colonial public buildings, including the famous Sultan Abdul Samad Building.

You will also visit St Mary's Cathedral, one of the regions oldest Anglican Churches.

Enjoy a walk along the edge of the Independence Square, once the main British parade and cricket ground before continuing past Royal Selangor Club, a Tudor-style building that was once the nexus of British social life in the late 19th century.

At Lebuh Pasar you will see the old General Post Office and Industrial Court before you walk along to Medan Pasar for a better view of the confluence of the Klang & Gombak rivers.

The old market square of Medan Pasar was originally the business and social centre of the early mining settlement and here you can view and learn about the old shop houses that line this historic area. Of particular relevance is the clock tower, built to commemorate the coronation of England's King George VI.

The central market was once the city's largest fresh produce market but is now converted to a cultural and shopping mall and is the ideal place to find souvenirs including handicrafts, clothes, antiques and art.

The lively Chinatown area is well worth exploring and during your time here you can stop at a Chinese tea house for a tea demonstration and sampling.

You will also stop at Chan She Shu Yuen clan house which has been looking after the needs of Chinese people with the surnames Chan, Chen and Tan for more than a century.

The tour ends with an optional monorail train ride back to your hotel to view KL from a different perspective! 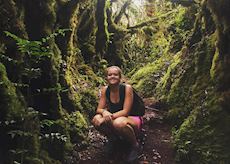