The guided tour of Rabat will include the medina, where the Hassan tower and mausoleum of Mohammed V can be found, as described in the Rabat introduction. In addition to this you will also visit the Chellah.

The Chellah probably began existence as a settlement clustered around the nearby freshwater springs. These then evolved into the Phoenicican, then Roman city of Sala, before decaying into ruins, as Rabat developed to the north. However, the sultans of the Merenid dynasty chose to bury their dead here, and it is as a necropolis that the Chellah is most famous.

The ruins of Roman Sala are exposed, but it is the minarets of the tomb complex, topped with stork's nests, that provide the picturesque background to your visit here. 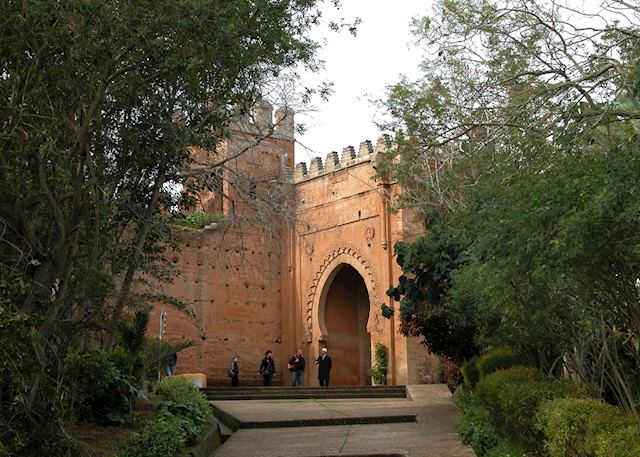