The nation’s capital and the home of New Zealand’s parliament, Wellington is gloriously set beside its magnificent harbour with some stunning modern buildings surrounded by quaint wooden Victorian houses, often beautifully painted in primary colours, dotting its steep, hilly suburbs.

Lambton Quay constitutes the business district of the city, stretching from the train station at the northern end to just north of Civic Square, at the heart of central Wellington. Here the main shops, cafes and restaurants can be found. 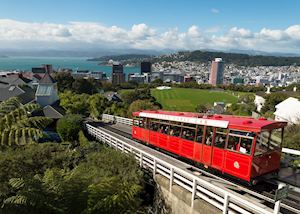 Considered to be one of the leading cities for arts and culture in New Zealand, Wellington is home to the National Museum (Te Papa Tongarewa), the National Archives which house the original Treaty of Waitangi, a host of theatres and a delightful array of heritage buildings.

Away from the bustling centre you will find quiet, historic suburbs and several popular swimming beaches, with Oriental Bay within walking distance of the main centre. Wellington is a vibrant, sophisticated and culture-driven city, not least after dark, when the pace of life picks up in many restaurants and bars. 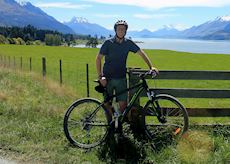