Wildlife is used to seeing vehicles around the park, so you can often get close-up views of lion lazing in the grass and elephant herds crossing the road in front of you. The best time to see most animals is early in the morning or towards the evening, when they're hunting.

If you still want to benefit from the expert knowledge of a guide, you can hire one from the local community to help point out wildlife you may otherwise miss and explain the reasons behind each animal's behaviour. 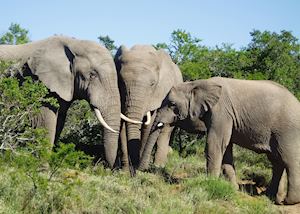 Organised game drives with an experienced guide will be offered from your lodge or camp. The drives depart at set times each day in the morning, afternoon and, sometimes, at night. In an open 4x4, you'll cover different areas of the park as your guide points out wildlife, from herds of elephant splashing around in the waterholes to shy reedbuck antelope and elusive leopard skulking in the vegetation.

Possessing five of South Africa's nine vegetation biomes, the park attracts an array of bird species that take advantage of the dense spekboom thickets, open grassland, wooded kloofs (ravines) and the vast Darlington Lake. Guided birdwatching trips on foot, by 4x4 or by boat can be organised, or you can focus on birdlife during your daily safaris.

Swifts, Sandwich terns and common terns roost in large numbers at the mouth of the Sundays River in the summer. Darlington Lake's Karoo vegetation of succulent plants attracts many endemic species such as the Karoo chat, pririt batis and rufous-eared warbler. Around the lake's dam you may also see lesser flamingos, freshwater terns and Goliath herons – the world's largest heron speciies. 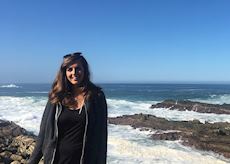