Next you head to the cable car station at the foot of Table Mountain for the ride up. Your cable car rotates through 360º during the journey, giving you fantastic views over the city, coastline and Robben Island. These views are continued at the summit, and you can see over the far side of the mountain down the Twelve Apostles that form the backbone of the Cape Peninsula at this point. You descend from the cable car station into Bo-Kaap, Cape Malay quarter. The bright pastel shades and unique version of Cape Dutch architecture used in the buildings are a proud reminder of the Cape Malay's rich heritage. The descendants of slaves bought in by the Dutch from all over their empire (including Malaysia, hence their name), most of the community are practicing Muslims, and the sound of the call to prayer blends with the aroma of delicious Cape curries to evoke an exotic atmosphere unique in Africa. 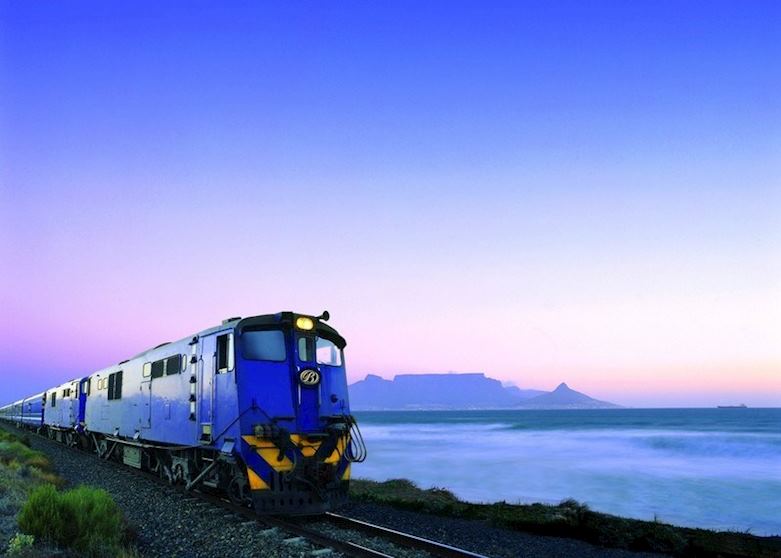 A journey aboard The Blue Train

Following a historic route between Pretoria and Cape Town, The Blue Train is one of South Africa’s finest rail journeys. On board, you can experience fine dining, relax in your own private suite and take in mountain views from the Observation Car. 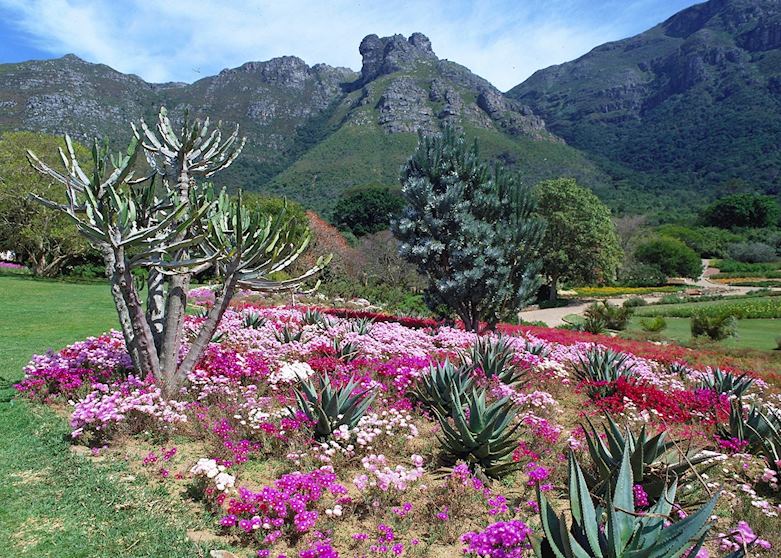 Kirstenbosch Botanical Gardens occupy a large swathe of beautiful land on the lower slopes of Table Mountain. They house a huge collection of indigenous flora, such as heathery fynbos, flowering proteas and dramatically coloured strelitzias. 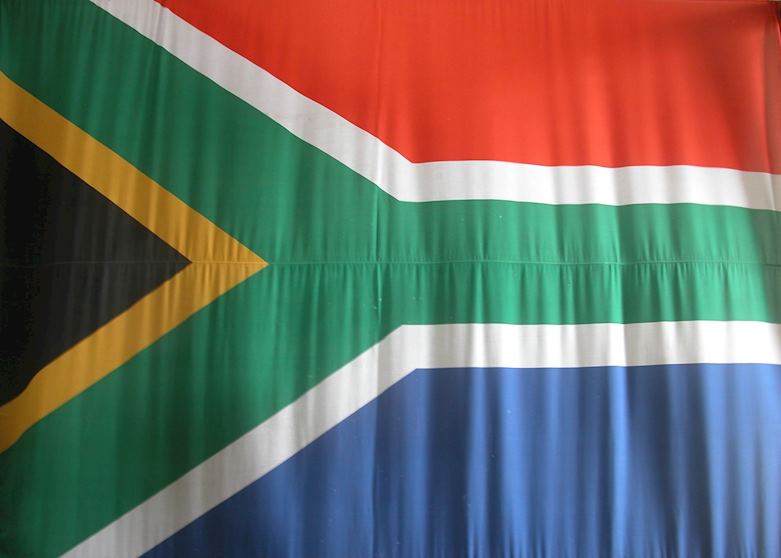 As with any major city there are a number of very good museums in Cape Town and you might like to visit some whilst you are here. Some of the ones that we personally recommend are District Six Museum, Gold of Africa Museum, and the Iziko Museums of Cape Town. 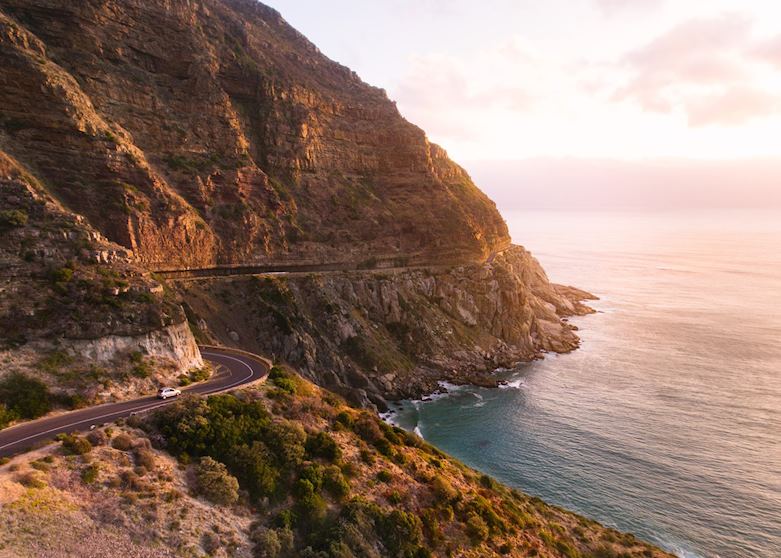 The Cape Peninsula is an area of dramatic natural beauty and huge ecological significance, which manages to retain a wild feel despite its huge popularity with visitors. As you drive south from Cape Town, you pass through the exclusive suburbs of Camps Bay and Clifton before continuing onto Hout Bay and through Constantia, where the road meanders behind Table Mountain and down onto the coast. 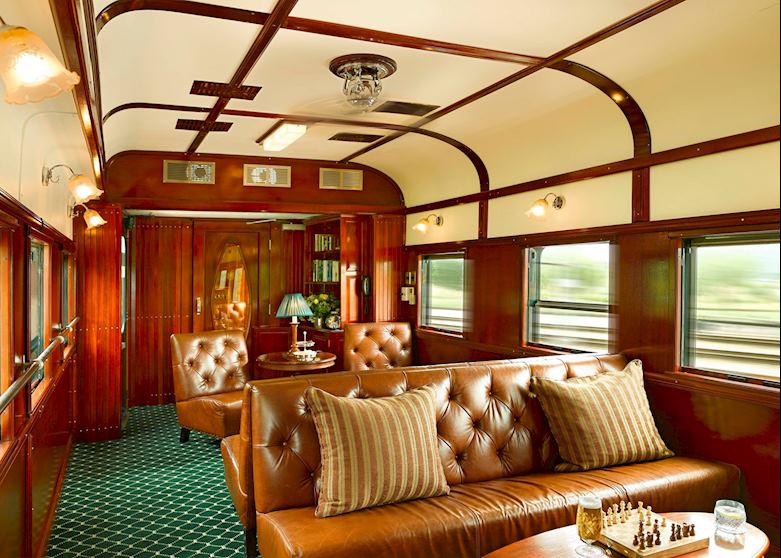 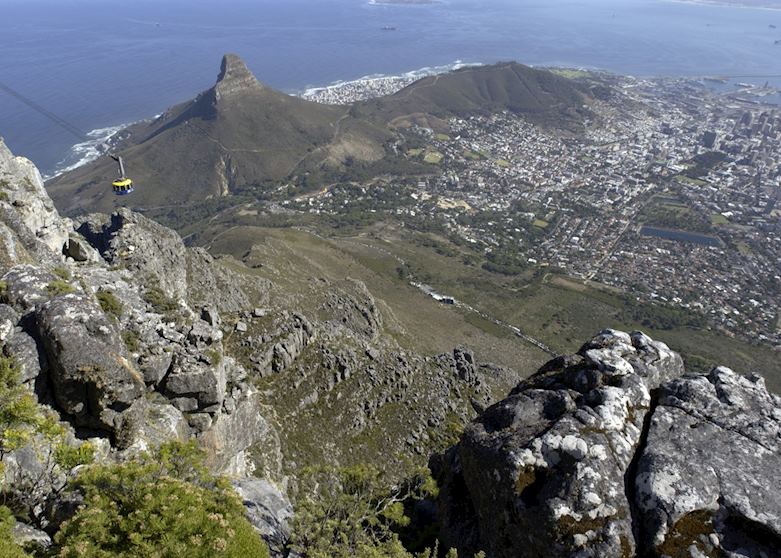 Guest are taken to the lower terminal for the cable-car up Table Mountain. The cable-car is a very modern affair, and completes a 360º rotation during the ascent, affording you fantastic views over the city. 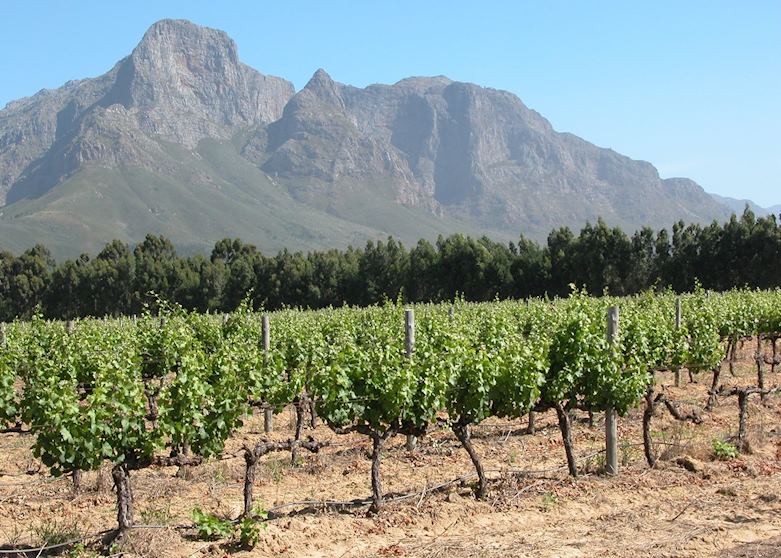 In the company of Pietman Retief, who is recognised as one of the leading wine experts in the country, you can experience the winelands and the history of the area through his passion.