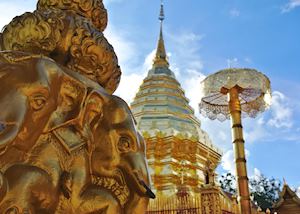 The lanes that meander through the ruins are ideal for cycling along — and you’re unlikely to see anyone else. The full history of the site is still uncertain, but the huge plinths and stupas that remain give an idea of its importance. More than 1,300 artefacts were found during its unearthing, some of which are on show in a small visitor centre nearby.

Chiang Mai began as a market town, a convenient stopping point on the original trade route from China to Burma. Markets are still an important part of the community, with bazaars scattered across the city. The Chiang Mai night bazaar is the focal point — open seven nights a week until the small hours.

Located to the east of the city walls, it’s difficult to miss the bazaar’s bright lights, music and wafts of tod mun (fried fish cakes). Stalls around the outskirts of the market sell plastic sunglasses and questionable designer goods, but stroll further in and you’ll find antiques and swathes of screen-printed fabrics. Hill tribe traders bring traditional goods to sell, including organic coffee and hand-woven baskets. When shopping, bargaining for a good price is expected (and best achieved with a dose of good humour and some patience). 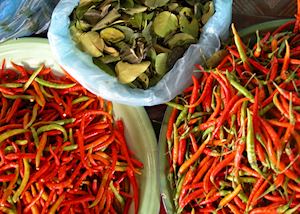 Mr Prapat and his family live in a residential area of Chiang Mai, surrounded by their well-tended garden. Spending a day cooking with them, you’ll start to appreciate the subtle nuances of Thai food. Helped by one of the family, you’ll begin your lesson by picking fresh chillies and basil leaves, and foraging for cilantro root. Meanwhile, the rest of the family — all four generations — begin to prepare the rest of the ingredients. 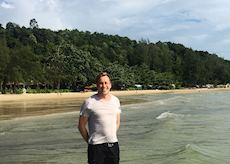