One of the most popular destinations along Turkey’s Aegean coast, Bodrum and its surrounding peninsula offer ancient ruins, sheltered coves backed by pine-clad hills, and a lively resort area with laid-back appeal.

The city, though much visited, has worked hard to maintain its local character, and its low-rise, whitewashed houses and subtropical gardens give it an elegant air. Beyond the city itself sparkling azure seas are punctuated by small Greek and Turkish islands, the forested hills offer good walking and biking, and secluded coves provide ample opportunity for relaxed swimming and sunbathing.

Bodrum sits on the site of the ancient Greek city of Halicarnassus and has some significant ruins from this era as well as a distinctively Greek feel, with whitewashed houses trimmed with bright blue window frames and doorways, an influence from the influx of Cretans who were moved here in the 1920s. Although very busy between June and August, its port, marina and waterfront promenade, lined with restaurants and cafes, remain relatively tranquil, with nightlife predominantly clustered in one part of the city – so you can choose to stay out late and party or retreat to the peace and quiet of more sedate areas.

Plenty of shops line the narrow lanes, while a 15th-century castle, built by the Knights Hospitaller, dominates a rocky promontory in the heart of town. It has recently been restored and now houses the Museum of Underwater Archaeology. Climb to the battlements for sweeping views over the town and bay.

Just above the marina is a restored Ottoman shipyard built in 1775 after the Russians destroyed the entire Ottoman fleet during the Cesme naval battle. It was later fortified against pirate attacks and a watchtower and cemetery were added. Today, the watchtower often hosts art exhibitions.

Although Bodrum city is the liveliest point in the area, it is the forested Bodrum Peninsula that offers the region’s greatest attractions and most memorable places to stay. Often labelled ‘Turkey’s Cote d’Azur’, it’s a wooded headland laced with walking and biking trails, its craggy shoreline dotted with low-key hotels looking out over the warm Aegean Sea. Most of the waterfront hotels have their own beaches and the clear water and gentle waves make them ideal for swimming, leisurely boat trips, sailing, windsurfing and diving.

You can also explore Bodrum’s ancient past here, and on the road to Turgutreis you’ll see the massive Greek theatre of ancient Halicarnassus. Built in the 4th century BC, and later enlarged to provide seating for 13,000 spectators, it’s an impressive sight whether you visit by day to explore the ruins or come in the evening for one of the atmospheric summer concerts.

Bodrum is also home to the ruins of the Tomb of Mausolus, one of the Seven Wonders of the Ancient World. Built circa 353 BC to house the remains of Persian satrap Mausolus and his wife Artemisia, it was destroyed by a series of earthquakes and the stone later used to build Bodrum Castle. Although only the foundations remain, it gives an indication of the scale of a monument so grand it gave us the English word 'mausoleum'.

Bodrum can be visited year-round but is at its best from late April to June and September to October, when temperatures are pleasant, prices are lower and visitor numbers manageable. In high summer, between July and August, temperatures can reach 35 C (95 F) and the city can get very busy. Many hotels close in winter.

Our itineraries will give you suggestions for what is possible when you travel in Bodrum, and they showcase routes we know work particularly well. Treat them as inspiration, because your trip will be created uniquely by one of our specialists. 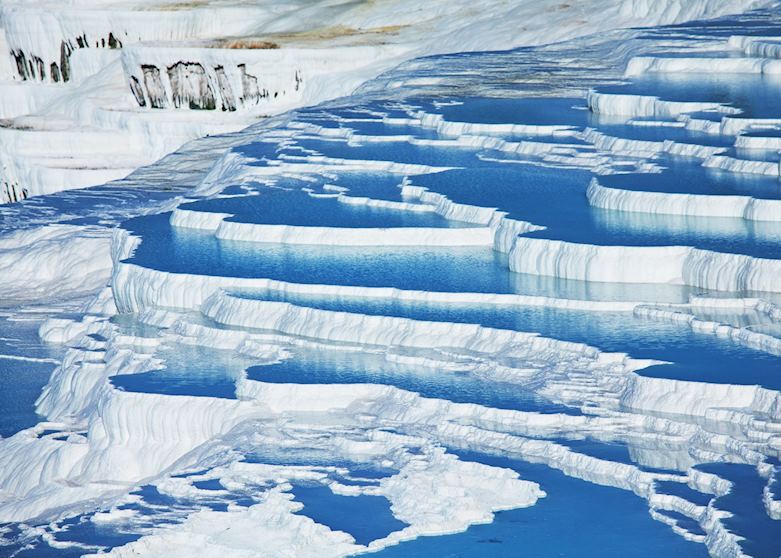 A 12 day itinerary which allows you to explore some of the highlights of the west of Turkey, including time spent in the enthralling Istanbul, visiting the great ruined cities of Pergamon and Ephesus, exploring the striking terraces of Pamukkale and time to relax at the end of your trip on the Turquoise Coast. 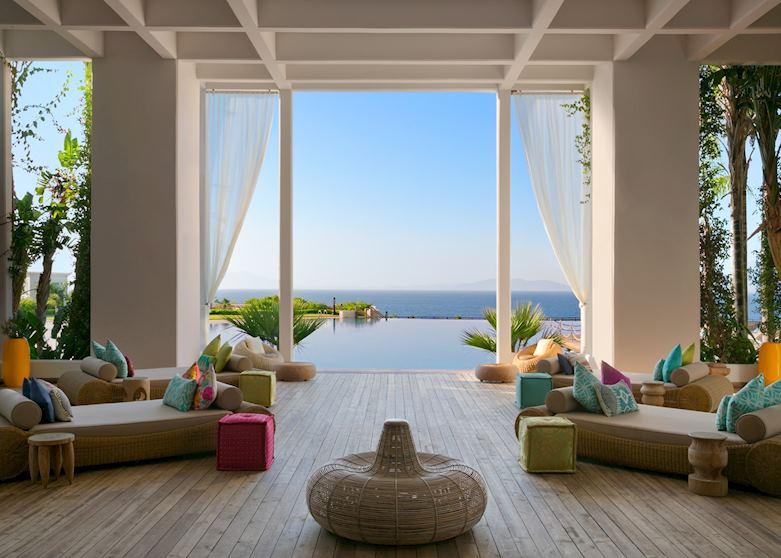 Explore the highlights of Turkey's cultural and scenic splendour in style, staying in luxury properties throughout. You'll spend time in Istanbul and Cappadocia, then finish by relaxing on the Turquoise Coast.

We’ve selected a range of accommodation options for when you visit Bodrum. Our choices usually come recommended for their character, facilities and service or location. Our specialists always aim to suggest properties that match your preferences. 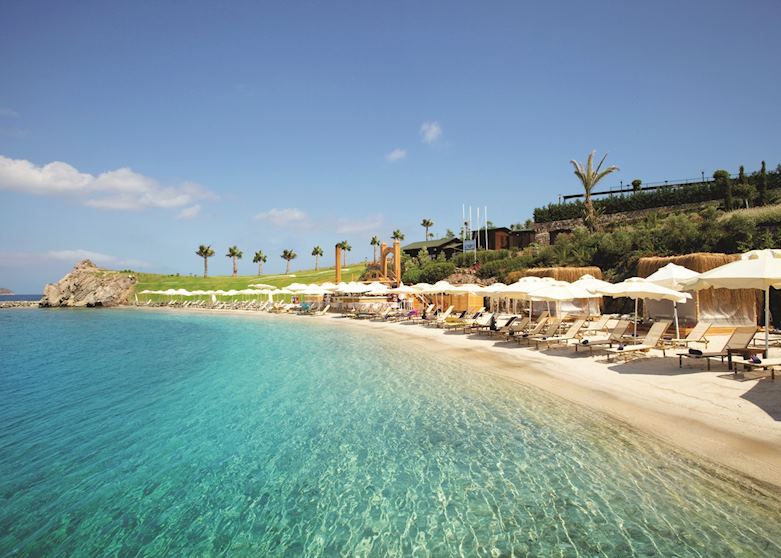 With exceptional views, spacious grounds and a beach with Maldives-imported sand, the Palmalife Bodrum Resort & Spa offers a peaceful retreat for relaxation. 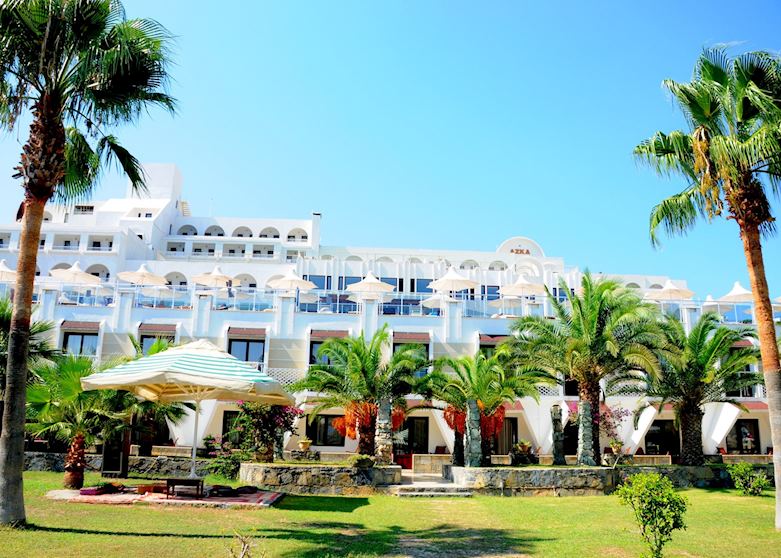 Set on a hillside leading down to a golden sand beach, Azka Otel is located just a ten to fifteen minute walk from the centre of Bodrum. 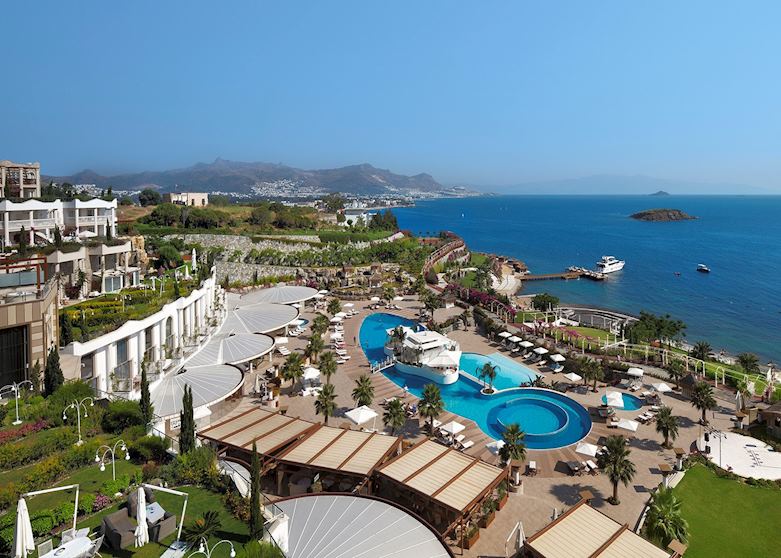 The Sianji Wellbeing Resort has exceptionally large rooms and its spacious, terraced gardens stretch down towards the sea, ending in a sandy beach with private cabanas, and a jetty over the water. 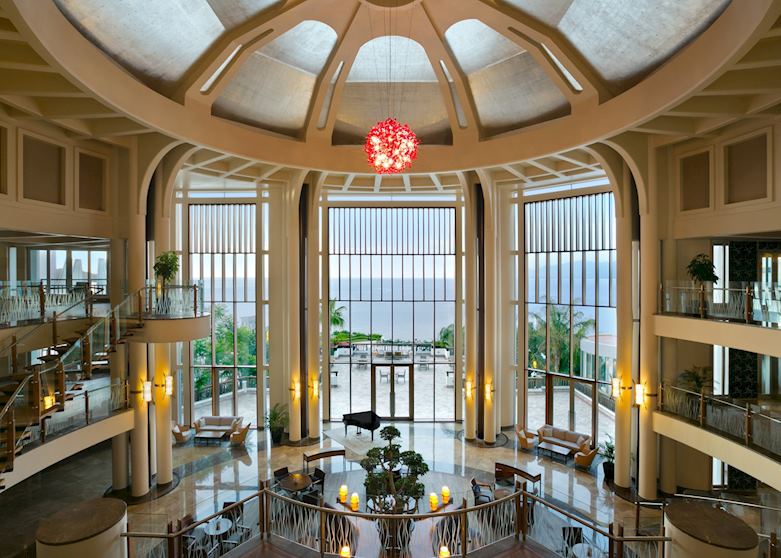 The Kempinski sits in its own bay just around the coast from Bodrum, Its rooms are spacious and well equipped, and every room has a balcony with a sea view. 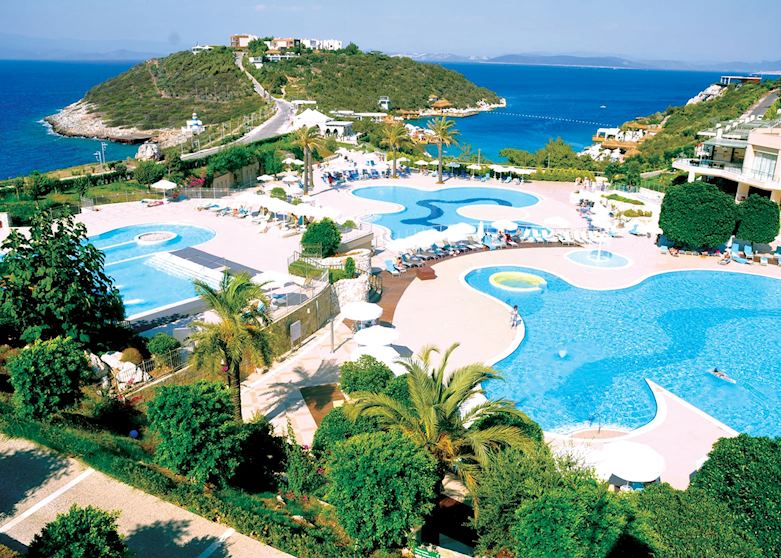 Just around the headland from Göltürkbükü village, the Hilton has the whole bay to itself. The large grounds spread down to its own private beach and its six a la carte restaurants serve Ottoman, Italian, Mexican, Mediterranean, and local Turkish food. 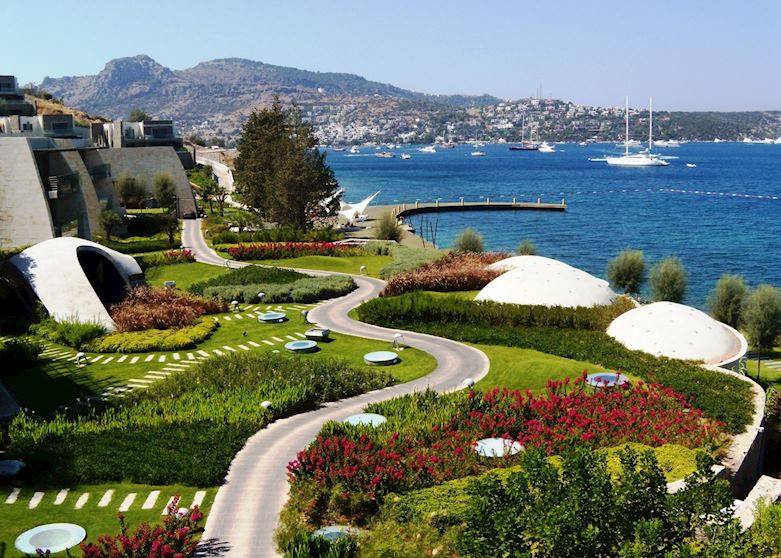 The Kuum Hotel and Spa's rooms are spacious, with excellent in-room facilities, and each has a sea view, and a balcony or a terrace.