The weather cools down from November to April and it’s much drier. December and January are the coldest months – temperatures drop as low as 10°C in most areas.

Central Vietnam’s summer season lasts from January until the end of August. The weather is hot and dry, with temperatures between 21°C and 35°C.

Southern Vietnam’s hot and dry season starts in November and finishes at the end of April, with temperatures often reaching 30°C.

Rain falls between May and October, but the weather still remains warm, usually between 25°C and 32°C.

Month-by-month guide to travelling in Vietnam 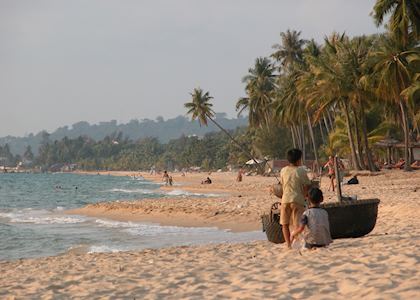 Dry and pleasant weather can be enjoyed throughout most of Vietnam at this time of year. River travel is at its peak, with cruises along the Mekong Delta and the Red River. For the best beach weather, we recommend heading to Phu Quoc for guaranteed sunshine, with highs of 30°C.

However, temperatures can drop dramatically in the northern regions in January, with mornings and late evenings feeling much cooler. This is especially the case for Sapa and Ha Giang, with temperatures dropping to a cold 5°C. The air can get quite hazy at this time of year, especially in Halong Bay, so you may not be guaranteed the best views. 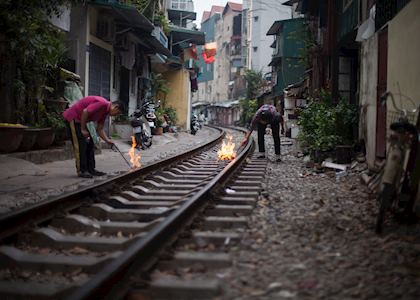 Hot, dry weather is expected throughout the majority of the country. Central Vietnam has an average temperature of 25°C, with Hoi An, Danang and Nha Trang all excellent beach destinations. It’s cooler in the highlands, but this means conditions are more comfortable for outdoor activities like trekking.

In the south, temperatures usually approach the late twenties, with lots of sunshine throughout the day. Beachgoers have their pick of the coastal areas, including Long Hai, Ho Tram, and Mui Ne.

North Vietnam feels much cooler, with an average temperature of 17°C, and some of the most northern areas can get quite foggy, including Halong Bay. However, the day is sunny and bright. 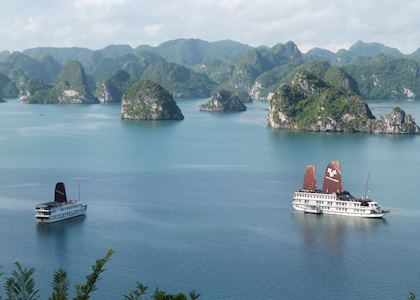 March is the peak season for travelling to Vietnam. Beachgoers have a better choice of destinations, with Mui Ne, Con Dao and Nha Trang all getting good weather. Hoi An is also a feasible beach destination towards the end of the month, with temperatures rising to 28°C. 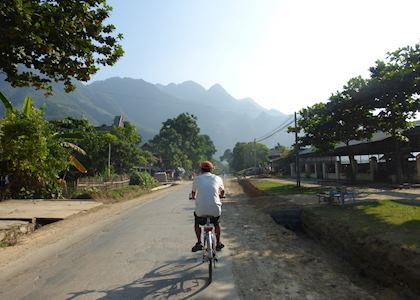 The temperatures in northern Vietnam are in the mid-twenties by this time, so conditions are still good for those who want to hike around areas like Ha Giang and Sapa, where you can walk through paddy fields and visit the traditional villages of H’mong and Dao.

Beachgoers still have their pick, with the average temperature in central Vietnam around 28°C. In the south, temperatures are slightly higher, but there’s also a greater chance of rain. 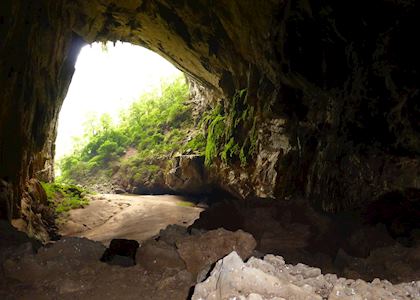 May offers a wonderful opportunity to miss the high season prices of April. It gets hot at this time of year, with temperatures reaching between 28°C and 30°C. Rain should hold off, but you may get the odd shower towards the end of the month in the northern and southern regions, normally in the middle of the afternoon. 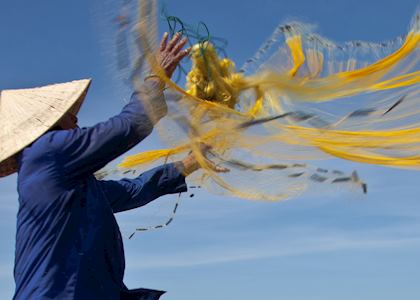 June is the perfect time to grab a low-season bargain before the European school holidays begin next month.

Temperatures in the north are in the early thirties, with regular rainfall and occasional storms meaning trekking is no longer an option, especially not in the mountains. 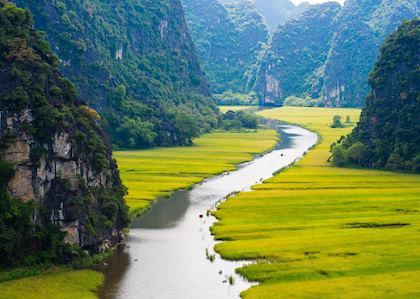 Central Vietnam is an ideal destination in July, with temperatures of 31°C, hours of sunshine and little rain. The beaches remain pleasant places to spend time on your trip, although the Central Highlands and Dalat are best avoided due to the higher volume of rain.

The rest of Vietnam will experience some showers, especially Hanoi and Halong Bay. But it’s still hot, with average temperatures of 30°C in the north and 29°C in the south. 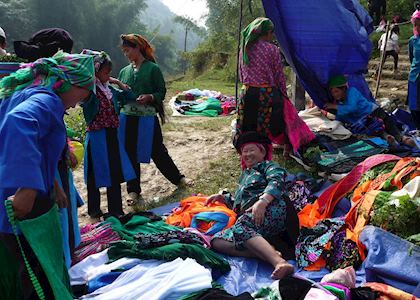 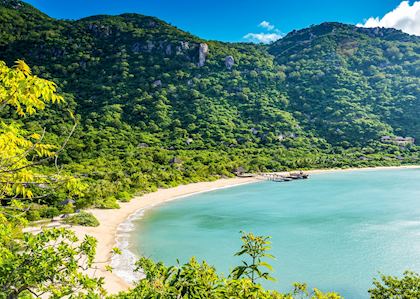 Catch the last of the sun on Vietnam’s central coast before the rains become more frequent towards the end of September. Temperatures start to drop (although they still reach the late twenties on average) and storms are far more likely to occur. 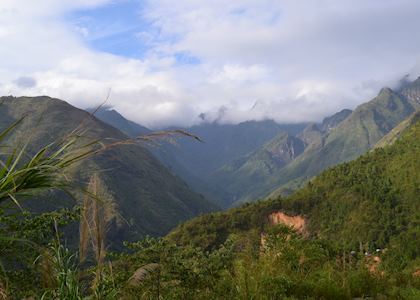 Beach holidays aren’t a good idea in October, but Vietnam has so much else to offer, and travelling at this time means you beat the crowds.

The sun comes back to the north of the country, making it a great time to trek in Sapa, see the rice fields in Mu Cang Chai, or venture off the beaten track in Ha Giang, where you can enjoy Vietnam’s natural beauty. The south also sees a reduction in rainfall, and the sun starts to come out again.

Peak rainfall occurs in central Vietnam and heavy storms are a possibility. Some areas may also get flooded. Temperatures are slightly lower, normally around the mid-twenties. 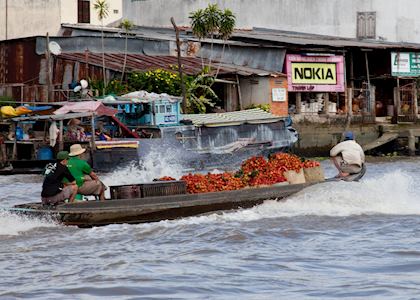 The high season begins again, with many travellers flocking to Vietnam before the colder winter months in the north. Most of the country will be hot and dry towards the end of November, except the central region, which will experience some heavy showers.

The north remains at a very pleasant 24°C, with a significant reduction in rainfall, while the south begins its summer season again. The drop in humidity means conditions are far more comfortable and the sun shines brightly all day. 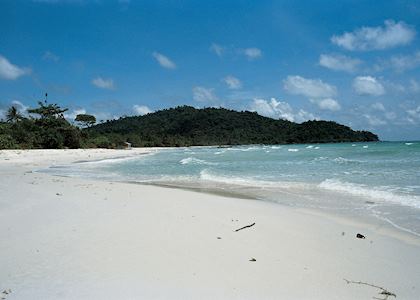 There is still a chance of rain in the central part of the country. However, the rest of Vietnam will be hot and dry. December is one of the driest months in the north, although temperatures can drop at night. They reach an average of 26°C in the balmy south, with beach season starting again on the island of Phu Quoc.

We advise travelling before the Christmas period, as availability is few and far between once the festivities begin.

Practical tips for travelling to Vietnam, from social protocols to guidance on money matters, with a link to the latest government travel advice. 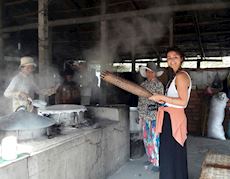