A lot has changed for Hanoi since it was besieged during the Vietnam War. Its residents are now keen to embrace modern life. Everyone in Hanoi seems to ride a scooter: elderly fishermen transport their catch in buckets wedged between their legs while the younger generations weave unpredictably around them. Art galleries, and fashionable cafes and restaurants serving innovative Vietnamese cuisine have popped up alongside the street-food stalls and pagodas. 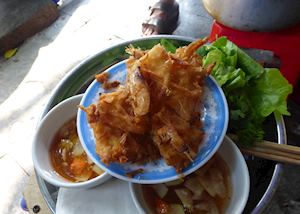 Dong Xuan Market in the Old Quarter is crammed with stalls serving bun dau — hunks of tofu served in a hot noodle soup. Banh xeo — crispy fried shrimp pancakes — make a moreish accompaniment. Your tour will finish in the Café Giang, a coffee house that has been running since 1946. Its signature creation is egg coffee, which was conceived during the war when eggs replaced heavily rationed milk.

Emerge from your hotel early and you’ll catch the city at its most active. The local produce markets frantically trade fresh fruit and vegetables, which will be whisked off to restaurants and cafes across the city. The parks are full of local people participating in mass exercise classes, from the slow moves of t'ai chi to circuit training. 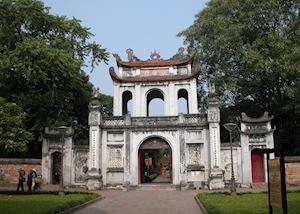 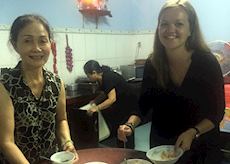