Straddling the Neva River’s delta, St. Petersburg is a living monument to 18th-century Russia’s imperial ambition. In conceiving the city, Peter the Great dreamed of rivalling great European capitals like Paris. The result is a latticework city of islands, bridges, canals, cathedrals, and grand palaces. Walking down broad prospekts (avenues) bordered with elegant classical and baroque façades, you’d be forgiven for thinking that the Revolution had never happened here at all. Russia’s second city flaunts its cultural credentials instead. There’s the fine art powerhouse of the Hermitage, the Mariinsky ballet corps and the Mikhailovsky Theatre, and the apartments-turned-state-museums of literary idols Pushkin, Dostoevsky and Nabokov.

Toward the back of the Hermitage is an intimate yet lavishly decorated ballet theatre where Empress Catherine would enjoy private performances. You can still see ballets performed here today.

The Church of the Saviour on Spilled Blood

Rising up at the end of the Griboedov Canal, this church’s distinguishing feature is its five kaleidoscopic, gleaming onion domes. It purposely recalls St Basil’s Cathedral in Moscow. This distinctive architectural style is called Romantic Nationalism, which was seen as authentically Russian. Its official name is the Church of the Resurrection.

The ballet you’ll see depends on the works included in a particular season. Along with the Mariinsky Theatre, we like the Mikhailovsky Theatre and the small Hermitage Theatre (see above). 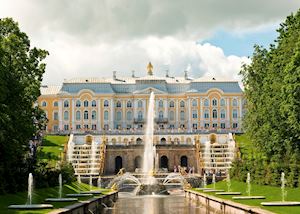 For some of the best panoramic views over St. Petersburg, climb up to the colonnade of this 19th-century orthodox basilica. The cathedral itself is an imposing sight, as grand inside as it is outside, with a dome made from 90 kg (14 stone) of gold. With its golden mosaics, and granite columns that were shipped over from Finland, the interior recalls the gilded grandeur of Rome’s St Peter’s Basilica. Officially classed as a museum, services are nonetheless held here on public holidays.

Variously encrusted in opal, agate, pearls, pink enamel and diamonds, the eggs remain some of the world’s most beguiling artistic objects. Some are still thought to be lost. You’ll learn about the stories behind each egg’s creation and their features, from the simple Hen Egg to the Art Nouveau Lilies of the Valley Egg.

The home of a Russian aristocrat married to the niece of Tsar Nicholas II, Felix Yusupov’s wealth is evident in the decadent chandeliers and tapestries that decorate the palace. Some rooms have more exotic furnishings, such as the Byzantine Moorish Drawing Room and the Turkish Study. There’s also a small private theatre designed to seat 135 people. 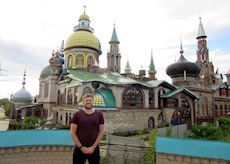