Australia is so massive and varied a country that it is not possible to see all of it at once. The guides to the areas on these pages are designed to give you a flavour of what there is to see and do.

A land of contrasts, Australia has much to offer from the desert landscape of the Red Centre that meets the rainforests of Queensland and the Great Barrier Reef and the Ningaloo reef renowned for their diving opportunities, to the Aboriginal culture near Uluru or the Opera House in the modern cosmopolitan city of Sydney.

Australians speak English, and although there are some definite peculiarities in the vernacular from state to state, it is easy to communicate once you have adjusted to the laconic and sometimes colorfully coarse and playful lingo.

The influence of Asian culture combined with Australia's breezy lifestyle and position on the Pacific Rim has led to the development of a distinctive, fresh and modern Australian style of cuisine. The emphasis is on freshly produced ingredients, often concentrating on the excellent local seafood and beef.

Australian wine now has a formidable international reputation and makes a fine complement to any meal. The Hunter Valley and the Barossa Valley are just two of the many wine growing areas. Not to be forgotten, Australia also has many fine beers with James Boag and Cascade from Tasmania and Castlemaine XXXX from Queensland being amongst the most popular.

Tipping is not generally a custom in Australia. Most Australians will either round the amount up or simply leave the change. In more formal places it is becoming customary to leave about 10% if you feel the service is worthy.

The official currency is the Australian dollar. Australian dollar traveler's cheques can be exchanged at international airport and foreign exchange bureaus and all international credit cards are widely accepted. You will be able to access Australian currency from Maestro and Cirrus ATM machines (cash point machines) as long as you have a four-digit pin-code.

Australian culture is far more diverse than people expect, with the country boasting a rich tapestry of European and Asian influences. However, it is the Aboriginal culture that is uniquely Australian. In remote communities bear in mind that local people may speak English as a second or third language, may not read or write it at all and don't necessarily use the same verbal and body language as non-indigenous people. Always ask before photographing a person or group. Reputable tourism operators are sensitive to all these issues and plan their tours so as not to clash with cultural sensitivities.

When to go to Australia

You'll find temperature and rainfall information, together with a month-by-month guide on visiting, on our guide for when to go to Australia. 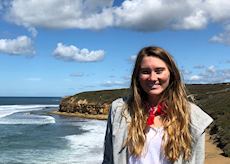 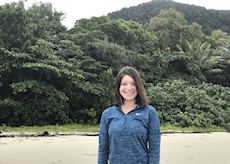