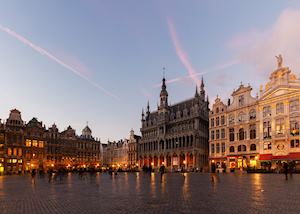 This gracious city square is the heart of Brussels, a UNESCO World Heritage Site and the city’s most-visited destination. Dating from the 10th century, the wide cobblestone plaza is surrounded by arches, gables, spires and patinated domes, the intricate architectural stylings of buildings from the medieval period onward. 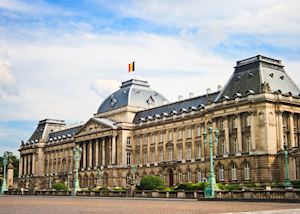 The neoclassical front stretches 50% longer than that of Buckingham Palace, but while it’s impressive, it’s not the residence of the royal family. Instead, it’s now used as a reception building for foreign dignitaries and heads of state, and is open for tours from late July to late August, displaying ornate rooms and extravagant furnishings.

Our itineraries will give you suggestions for what is possible when you travel in Brussels, and they showcase routes we know work particularly well. Treat them as inspiration, because your trip will be created uniquely by one of our specialists.