A crossroads for millennia, Jordan has faced endless waves of invaders, from ancient Romans to Ottomans and European crusaders. In their wake, these empires have left ornate churches, crusader castles and desert citadels, as well as the lost city of Petra. Our specialists return, time and again, to find the best ways to explore this timeless land. We can help you get away from the crowds at Petra, hike through the wind-carved wadis (valleys) of the Dana Nature Reserve, camp out under the desert stars or sip coffee with Bedouins.

Despite its turbulent history, Jordan today is a safe, stable country that’s easy to navigate, making a vacation in Jordan a good introduction to the Middle East. The country offers you natural wonders, too, including the salt-crusted shores of the Dead Sea, coral reefs in the Gulf of Aqaba, and the Wadi Rum desert, where monumental rock formations tower over deep-red sands.

These tours give you a starting point for what your holiday to Jordan could entail. Treat them as inspiration, as each trip is created uniquely for you.

Whatever your interests, our specialists will build activities into your trip that connect to how you want to experience Jordan.

See more things to do in Jordan

Our specialists advise on the best months to visit Jordan, including information about climate, events and festivals. 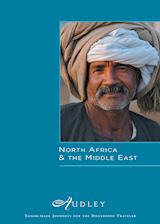 Useful information for planning your holiday in Jordan

Our expert guides to traveling in Jordan

Written by our specialists from the viewpoint of their own travels, these guides will help you decide on the shape of your own trip to Jordan. Aiming to inspire and inform, we share our recommendations for how to appreciate Jordan at its best.

Discover more about Jordan on our blog

Speak to a certified specialist to start planning your tailor-made holiday to Jordan...