The atolls and outer cayes are only accessible by boat, except the Lighthouse Reef Atoll and Blackbird Caye on the Turneffe Atoll, which have an airstrip. And to many, their distance from the mainland has been a blessing in disguise, as fewer visitors frequent these islands.

Diving in these areas offers nearly virgin reefs to explore. Unlike Ambergris Caye, less human impact has helped protect the coral and enchanted life just below the water's surface of the three atolls and outer cayes. Dolphins, manta rays, and manatees are commonly sighted. 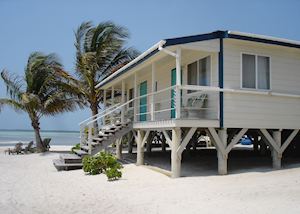 To the southeast of Lighthouse Reef Atoll floats the 45-acre Half Moon Caye. With turquoise waters, rich marine life, and untouched coral, it is an ideal place for diving and snorkeling.

It is also home to Belize's first national park, the Half Moon Caye Monument, where thousands of protected red-footed booby birds and frigatebirds can be viewed from observation decks.

The outer atoll at Turneffe Island is the closest to Belize's mainland, located about 25 miles east of Belize City. It is unique in that it is nearly covered with thick green mangroves with a shallow lagoon that gives shelter to a constant flow of marine life.

World-class diving can be found off the extreme southern tip of the atoll, known as The Elbow. Here, enormous schools of permits, snappers, eagle rays, and groupers converge, sometimes numbering in the thousands. Fishing is also viewed as world-class by visitors to this atoll and its islands. 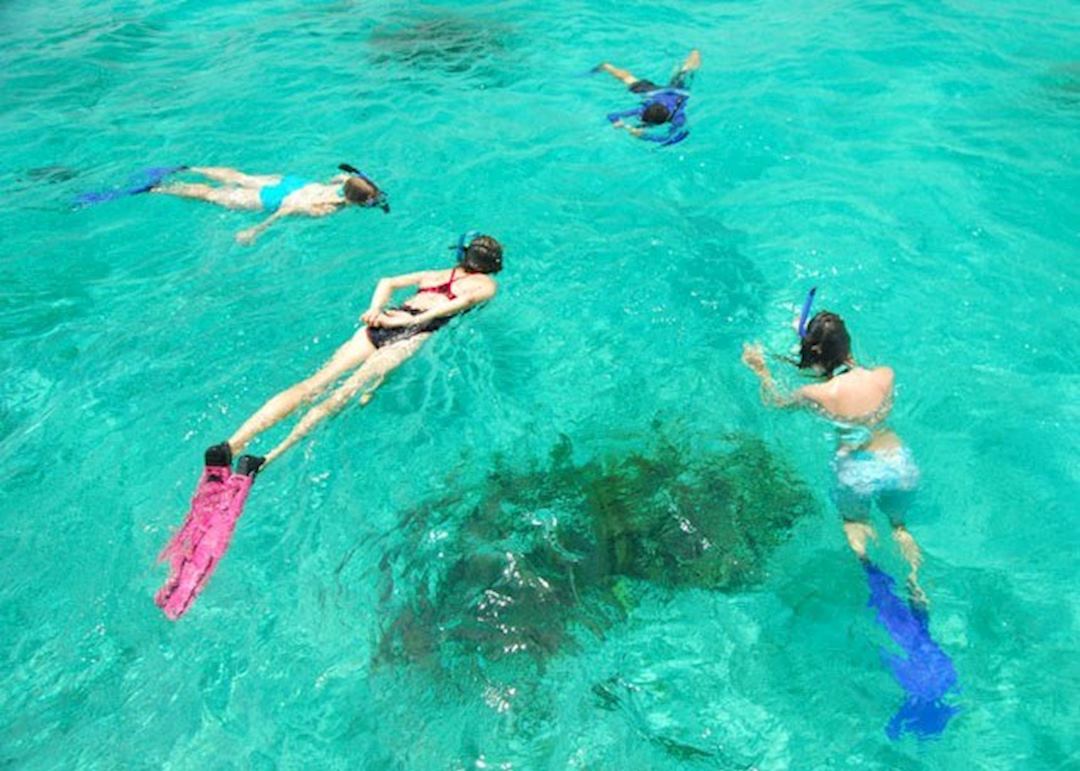 Start planning your trip to The Atolls

Request a Quote
Map view Places near the Atolls

Map of the Atolls

Places near the Atolls

Photos of the Atolls

Accommodation choices for the Atolls

We’ve selected a range of accommodation options for when you visit the Atolls. Our choices usually come recommended for their character, facilities and service or location. Our specialists always aim to suggest properties that match your preferences.