In the morning visit Sipan, 33 km southeast of Chiclayo through roads flanked by extensive sugar-cane plantations. Built by the Mochica culture (200 to 600 AD) this is where the tomb of the Lord of Sipan was discovered. The gold-laden tomb is considered to be the richest and one of the most important archaeological discoveries in the last 30 years in the Americas.

The funerary grave, on a platform in front of two monumental pyramids, contained a fantastic sarcophagus ornamented in gold and silver, symbolizing the nobel's religious and military standing. All the removed pieces are now found in the new Royal Tombs of Sipan Museum. However, a replica tomb remains on the site.

In the afternoon you travel to the town of Lambayeque to visit the Royal Tombs of Sipan Museum where many of these riches are displayed. It represents possibly one of the most important archaeological findings of recent times. The complex houses artifacts from the most illustrious rulers of the Mochica culture including the Lord of Sipan, the old lord of Sipan and the Priest as well as many of their servants and guards.

The museum itself resembles a truncated pyramid made up of five prisms which are laid diagonally and demonstrate replicas of the Royal emblems of the Lord of Sipan. The red and yellow colors which decorate the building are similar to the ocher colors the Mochicas used in their decoration. 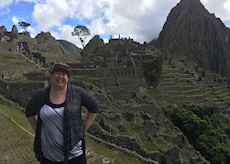