It extends for 970 square kilometers over the mountainous southwest of Rwanda and protects the largest single tract of montane forest remaining anywhere in East Africa. As such, it is a remarkably rich center of biodiversity, harboring 75 mammal species, 275 bird species, 120 butterflies and more than 100 varieties of orchid. 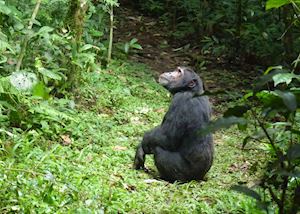 The main attraction of Nyungwe is the primates. Chimpanzee tracking can be arranged and several other monkeys are readily seen, including the Ruwenzori colobus in troops of up to 400 strong (the largest arboreal troops in Africa) and the beautiful and highly localized l'Hoest's monkey. In addition to these there are silver monkeys, golden monkeys, owl-faced monkeys, red-tailed monkeys, grey-cheeked mangabeys and more.

Speak to a certified Rwanda specialist to start planning your tailor-made holiday... 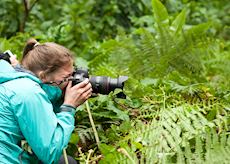