In many ways Nome is the archetypal Alaskan town — rough-hewn, fun-loving, a Wild West ghost town that refuses to die.

Situated on the rugged Bering Sea coast and cut off from the continental road system, Nome is closer to Siberia than to Anchorage.

It was here in 1898 that three Scandinavians discovered gold at Anvil Creek and the following year gold was discovered on the beaches. News of the 'golden beaches' spread and soon 20,000 prospectors flocked to the town that is now Nome. Wyatt Earp and his wife arrived here by steamship in 1899 to open the Dexter, Nome’s largest and most luxurious saloon. He left two years later with $80,000 — a fortune at that time.

Although much of the original architecture has been lost and gold mining is no longer a prominent industry, Nome retains its pioneer character. The town enjoys a scenic setting beside the Bering Sea and is watched over by Anvil Mountain. Beside the sea wall lies the Donald Perkins Memorial Plaza featuring a collection of old mining detritus including dredge buckets left over from the 100 or more gold dredges that once operated here.

Each year a variety of events take place in this fascinating town, the best known of which is likely to be the brutally long Iditarod dog-sled race, which ends here in March. Participants mush their teams across 1,688 km (1,048 miles) of inhospitable terrain, in freezing temperatures, from Anchorage to this little town beside the Bering Sea coast.

Summer visitors are more likely to encounter reindeer and musk oxen which can often be seen grazing on the tundra outside town. The region is also considered prime birdwatching territory.

There are roads here — something of a novelty in this part of the world — and so no trip to Nome is complete without hiring a pick-up truck to explore. 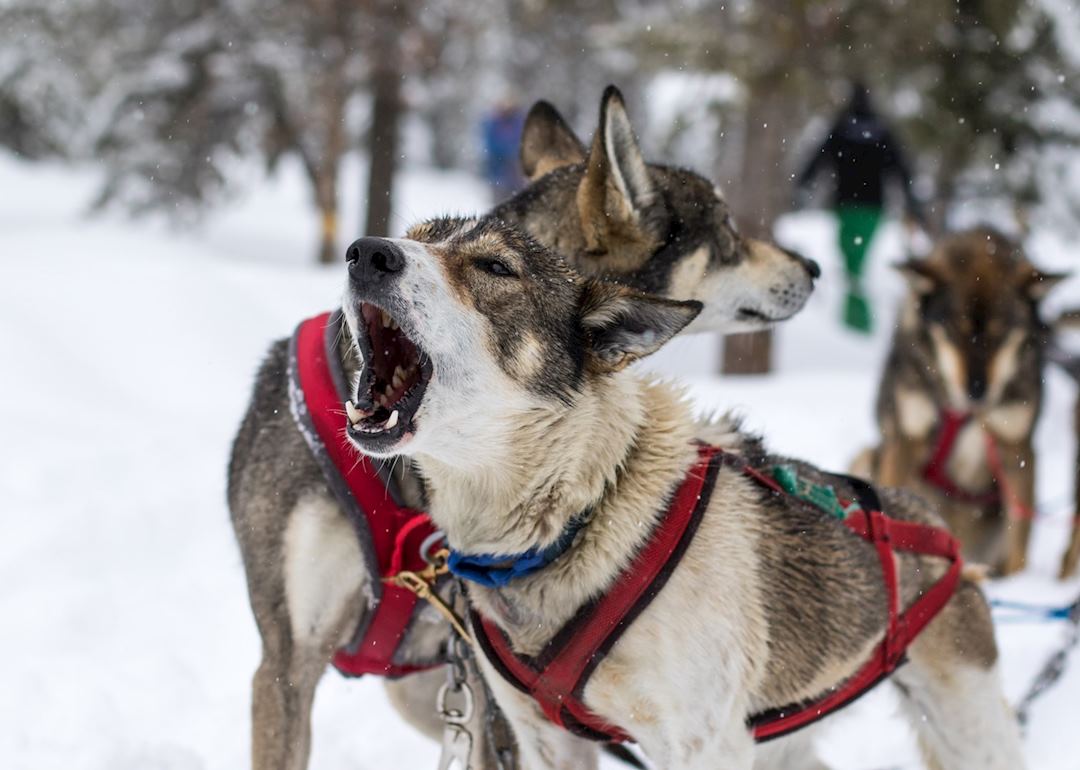 Start planning your trip to Nome