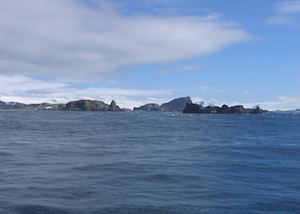 Livingstone Island was a popular whaling station in the 19th century; now gentoo penguins play among the remnants of abandoned whaling stations, elephant and fur seals bask on the beach.

Deception Island is one of Antarctica’s two most active volcanoes, blown out into a perfect horseshoe-shaped harbor. Stroll to the breathtaking caldera that last erupted in 1992 or bathe in Pendulum Cove, warmed to bathwater temperatures by geothermal heat.

This sample itinerary will give you an idea of what is possible when you travel in South Shetland Islands, and showcases routes we know work particularly well. Treat this as inspiration, because your trip will be created uniquely by one of our specialists. 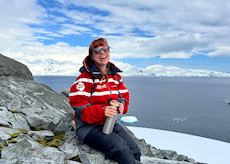