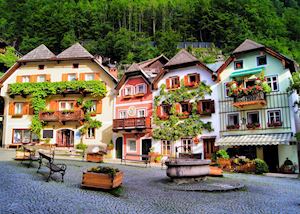 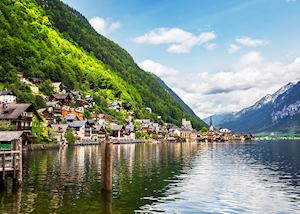 In the middle of town, you’ll find the World Heritage Museum of Hallstatt. Here, you can learn a bit more about Hallstatt’s history through video exhibits, hologram displays and 3D presentations that span more than 7,000 years of Hallstatt history, and include relics from the Illyrians and Celts to the Romans. It’s located near the market square, which is lined with cafés, restaurants, hotels and shops, as well as the Holy Trinity statue, which managed to survive the Great Fire of 1750.

Our itineraries will give you suggestions for what is possible when you travel in Hallstatt, and they showcase routes we know work particularly well. Treat them as inspiration, because your trip will be created uniquely by one of our specialists.