Celebrating national parks around the world

This year, people from all over the world will flock to United States National Parks to celebrate the U.S. National Park Service's one hundredth anniversary. Avoid the surge in tourists and take a trip to an international national park instead. There are over 1,200 national parks in more than 100 countries, and our specialists have compiled just a few of their top picks for those seeking a less crowded park experience.

Hundreds of rare wildlife call the tropical rainforest of the Corcovado Peninsula home, including 6,000 species of insects, 140 species of mammals, and almost 400 species of birds. The park is considered one of the world's most biodiverse regions and is perfect spot for trekking, hiking and camping.

Spanning almost five thousand acres, The Grampians National Park in Victoria can be explored by foot, car or canoe. A hike through one of the many marked trails will take you to magnificent waterfalls, Aboriginal art sites and unique rock formations. Take a tranquil walk among wildflowers or embark on a more strenuous trek to natural rock pools and the well-known rock face called 'The Elephant's Hide'.

A short trip from Tokyo, Hakone National Park is the perfect escape from the city. On clear days there are spectacular views of Mount Fuji and visitors can unwind with a natural hot springs bath.

Just twenty minutes from the center of Nairobi, the largest city in East Africa, visitors can take photos of giraffes juxtaposed with skyscrapers. The park is home to world's densest population of black rhinos, and you can also spot zebras, giraffes, hippos, leopards and lions.

Located in the Atlas Mountains, nearly all of North Africa's highest peaks are within the boundaries of the park. Hikers can explore snow-capped mountains and visit local Berber villages along the way.

A nature-lovers' paradise, Khao Yai is one of the largest monsoon forests remaining in Asia and is home to around 200 elephants as well as tigers, bears, leopards, and large pythons. Visitors can enjoy hiking and biking trails that wind around the park's many waterfalls. 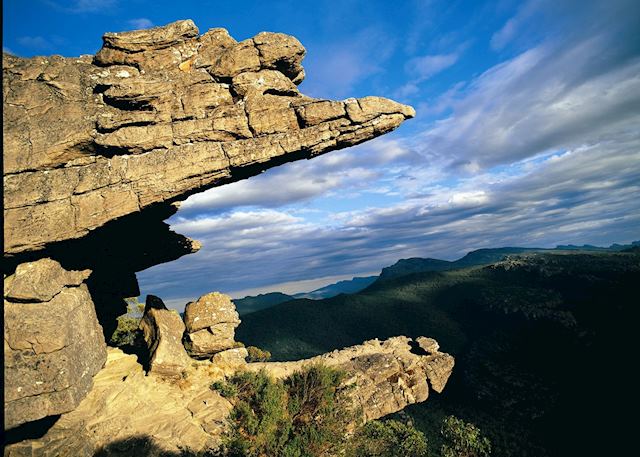