A Downton Abbey tour of England

From the first swelling measures of its theme tune, Downton Abbey has captivated audiences with its intimate portrait of the Crawley family and their staff. They’ve lived through war and ran the gauntlet of births, deaths, marriages and tragic love affairs. With the movie about to hit cinemas, it’s a good time to plan a visit to see the real-world locations that served as the settings for the show’s fictional world. Truly devout fans can make the show a central focus of their trip, like on this six-day Downton-themed itinerary, but even casual viewers might want to include one or two of the destinations on any visit to the UK.

A tour of Bampton, the real Downton village 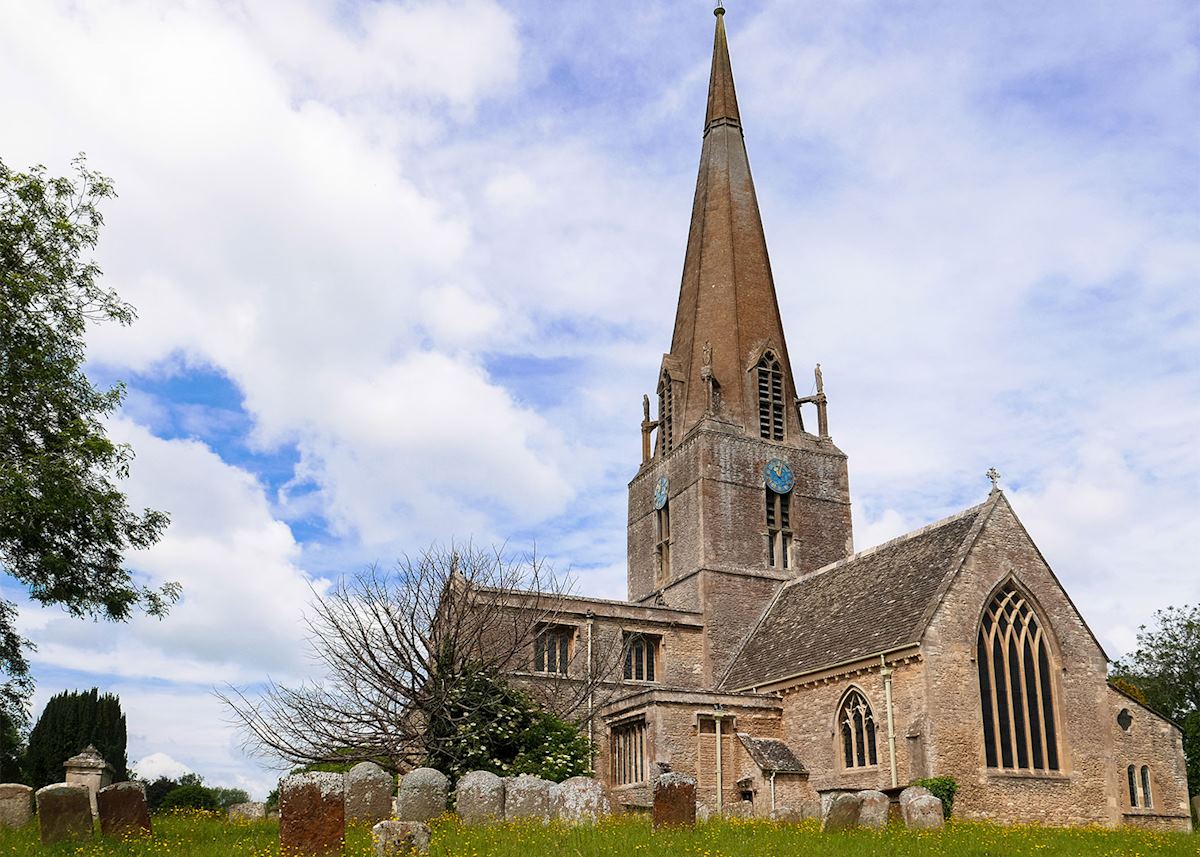 Stepping into Bampton is like stepping into Downton village. Most of the scenes set in the village were filmed on these narrow streets, which are lined with ivy-covered stone buildings. Though the show is set in Yorkshire, Bampton is located a 90-minute drive from London, on the edge of the Cotswolds. It’s far from the broody skies over York, which is about three-to-four hours’ drive north.

Many of the village’s pubs, shops and post office made appearances in the show, and several private homes were used. Locals are deeply proud of their village’s role in the show and we’ve arranged a privately guided tour that includes stops at the major sites.

For romantics, the most important stop might be Saint Mary’s Church, which did duty as the church of Saint Michael and All Angels in the show. This is the location of many of the series’ most dramatic events including weddings, funerals, christenings and even the painful scene where Lady Edith was jilted at the altar.

Bampton Community Archive, which is set in the village’s old Grammar School, served as the Downton hospital, the site of many battles between the Dowager Countess and cousin Isobel. Nearby, a former vicarage turned private home known as Churchgate House was used for exterior shots of Isobel Crawley’s house.

If you visit during the late summer, you can combine a visit to the village with a trip to Highclere Castle.

The drive to Highclere Castle is long and winding, its lazy turns shaded by massive, spreading cedar trees. As you round the final bend, the familiar silhouette reveals itself all at once — a square Jacobethan-style confection faced with Bath stone, its roofline punctuated with slim towers, all perched on a vast green lawn like a jewel on a velvet cushion.

Welcome to Highclere Castle, the ancestral seat of the Earls of Carnarvon and the real Downton Abbey. 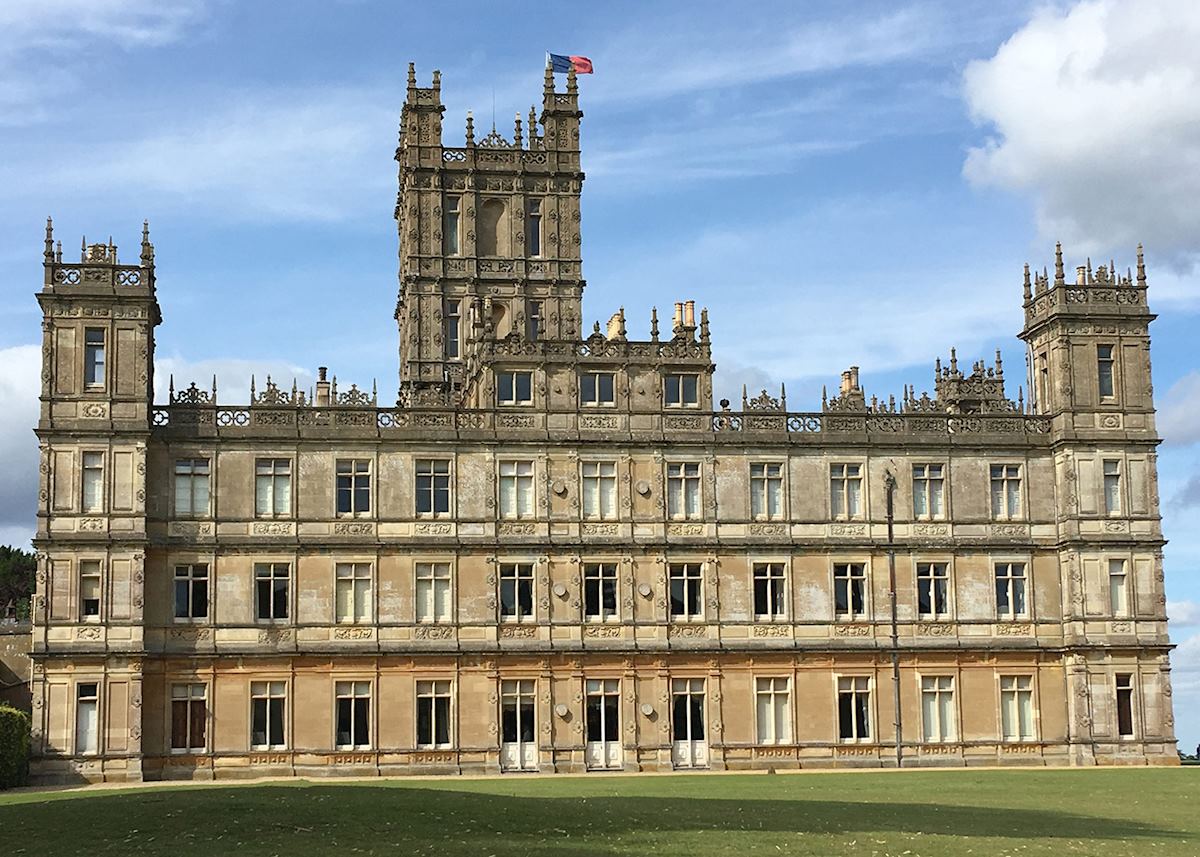 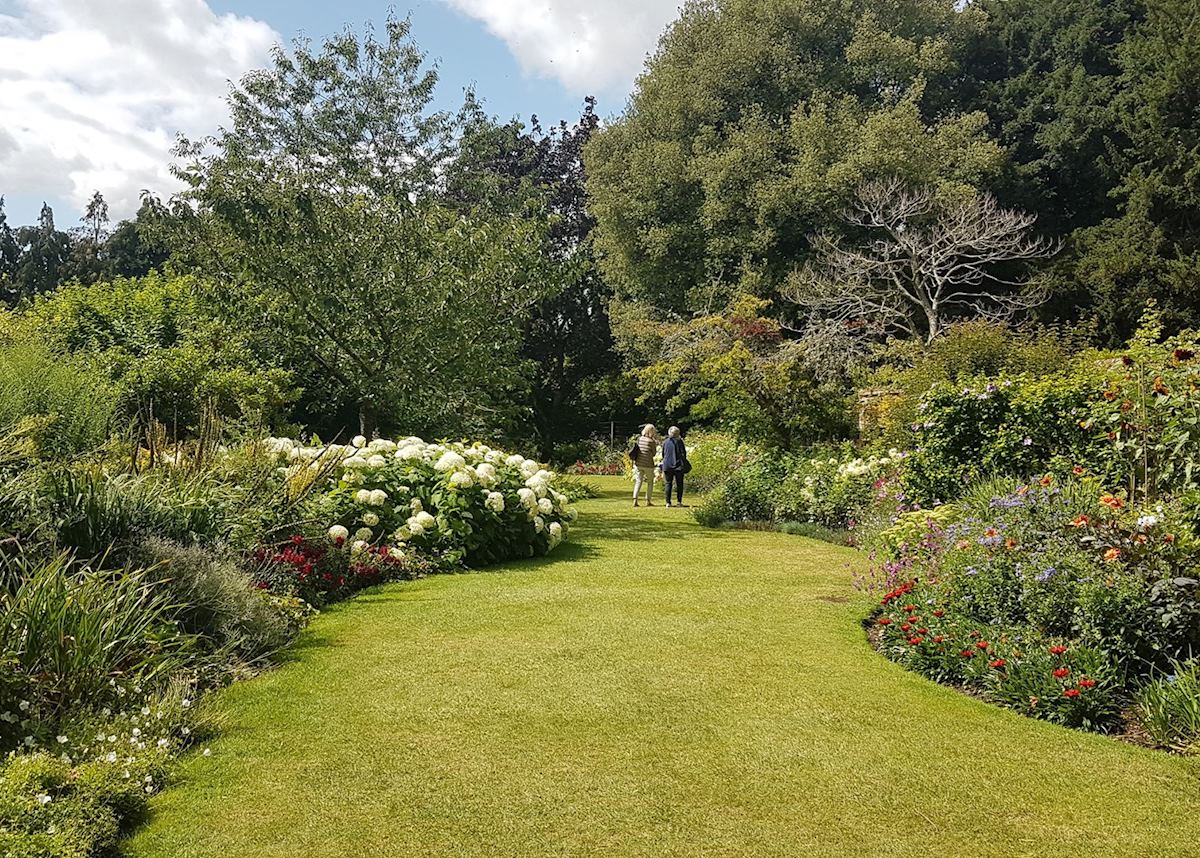 Even at first glance it’s obvious that the castle is still a private residence rather than a destination geared towards fans who want to pay homage to their beloved show — cars park on a grassy field that’s usually a lawn suitable for a genteel picnic. The small, simple admissions booth looks temporary, probably because public tours are only offered for two months during the summer, along with a few Christmas-themed events in December.

Before you go into the house itself though, I suggest taking the time to wander around the surrounding grounds, a park designed by Britain’s best-known landscape artist, Lancelot ‘Capability’ Brown. The grassy downlands are dotted with huge trees, ‘ancient’ follies that in reality date back to the 18th century, and charmingly crafted gardens. One of the prettiest is the walled Monk’s Garden, where poisonous plants, medicinal herbs and espaliered fruit trees mingle freely.

The interior, where much of the show was filmed, is undeniably the highlight of the trip. Most of the open rooms look very much as they do on screen, and at every turn you’ll see settings from the show. As you follow the prescribed path through the rooms, women with cut-glass accents are on hand to answer all your questions about the house, the Carnarvon family and the show that was filmed here.

Perhaps the most impressive room on the tour is the library, a long room lined with more than 5,500 books, some of them dating back to the 16th century. This was Lord Grantham’s sanctuary in the show, and its dark wooden walls, deep red furniture and crimson velvet drapes all ooze Victorian masculinity. Look for photos of the current earl’s godmother, Queen Elizabeth II, who stables her horses nearby and stays in the castle when she visits them.

The building was constructed around an earlier Gothic mansion that still exists in the heart of the house as the saloon, a gracious space with ornate leather wall coverings where the fictional servants’ ball is held each Christmas. There are triple arches that lead to the massive oak staircase, which fans will recall from wedding scenes where Lady Mary and Lady Edith walk down it in their white gowns.

If you’re interested in seeing the servants’ quarters, where the staff lived and worked, you might be disappointed. Most of the ‘below-stairs’ areas were filmed on a set and the real-world counterparts have been converted to an Egyptian exhibition that celebrates the discovery of King Tutankhamun’s tomb by Howard Carter and Lord Carnarvon. The Crawley family’s dogs’ names (such as ‘Isis’) are small nods to the house’s Egyptology heritage.

An important note: because the castle is only open for handful of weeks, it’s vital to book a trip well ahead of time. 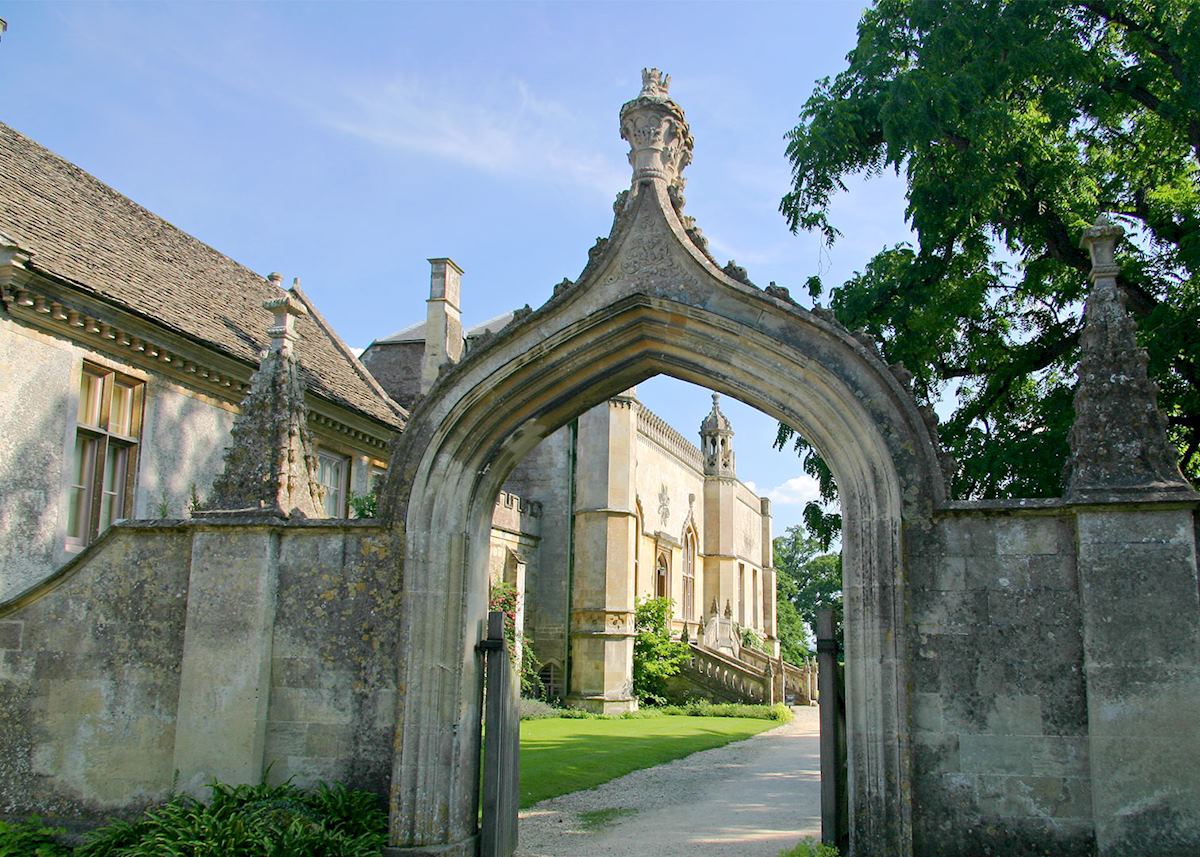 Two hours west of London, the entire village of Lacock is maintained by Britain’s National Trust. Like Bampton, it’s a tiny community that seems largely untouched by time, with well-preserved stone buildings and a 13th-century abbey, but no visible telephone poles or electric streetlights.

Film crews flock to this timeless town and you may recognize it from the Harry Potter films or The Other Boleyn Girl, or BBC adaptations of Wolf Hall and Pride and Prejudice. Surprisingly, it took until the final season of the show for Downton Abbey to set a scene here.

In the second episode of season six (or series six, as they say in the UK), this was the location of the fat stock market, where Mary wins first place for her prized pigs. There’s not much to do here except admire the town and its 13th-century, Augustinian abbey, but it’s a pretty stop on a visit to the Roman city of Bath, just a 30-minute drive away.

In the show, London’s glittering social scene is a bright counterpoint to country life and several of the family’s important moments happen here. A visit to the capital offers a chance to glimpse a few more filming locations as well as museums that examine different aspects of the show’s era.

Because the Downton Abbey movie revolves around a royal visit, you might want to include a guided tour of one of the city’s royal palaces. Kensington Palace is the current residence of the Duke and Duchess of Cambridge, William and Kate. You can visit the public rooms and tour the extensive gardens, where you’ll find a bronze statue commissioned by author JM Barrie of his most beloved character, Peter Pan. This is the very public spot where Lady Mary breaks off her affair with Lord Gillingham. 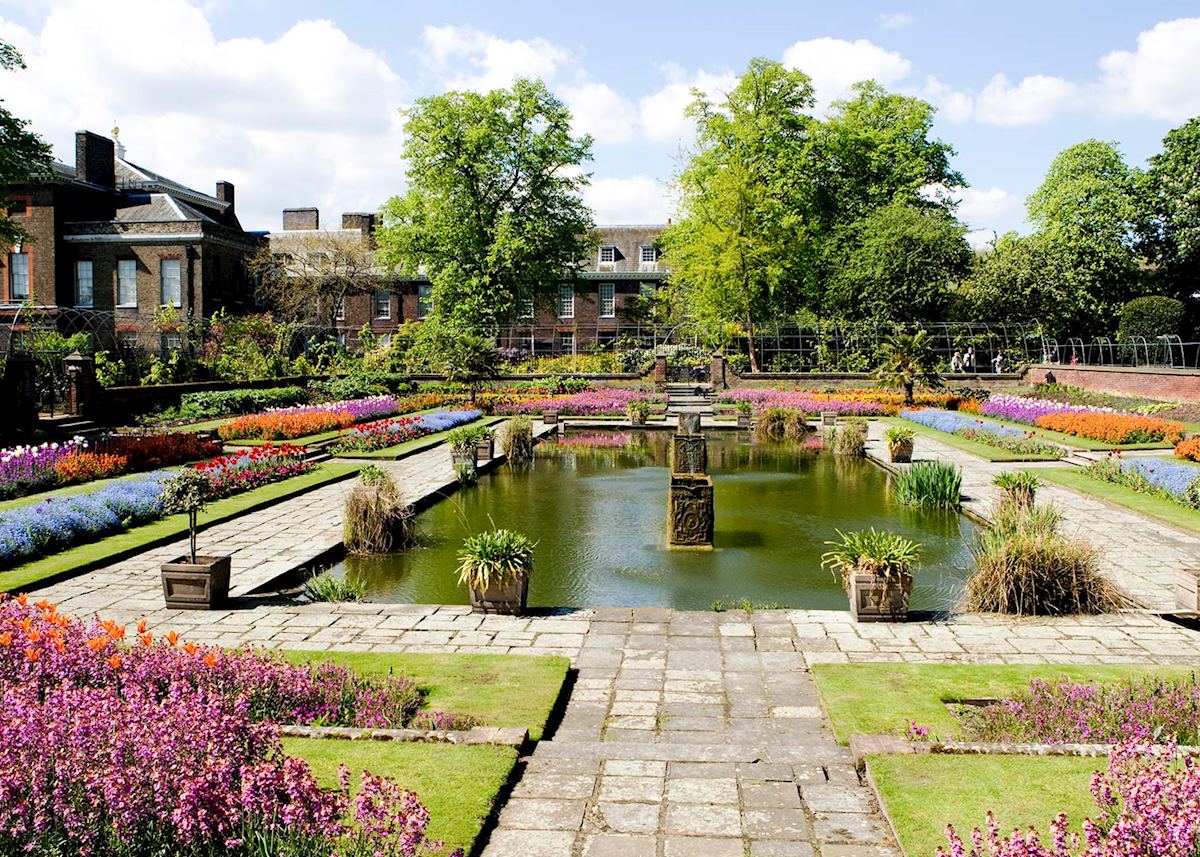 The tour also includes a visit to Buckingham Palace, the residence of the current queen and where Lady Rose was presented at court in the fourth season. The palace’s grand state rooms are only open to visitors for a brief window during the summer, but by happy coincidence it largely overlaps with the period when Highclere Castle is open.

Lady Rose’s presentation wasn’t filmed at Buckingham Palace, however. It was shot at Lancaster House, a neoclassical mansion that’s on the edge of the palace grounds. The house is private, so you can’t go in, but you can glimpse its creamy façade on your way to see Bridgewater House, next door. The stately three-story façade, made from pale marble, played the role of Grantham House, the Crawley family’s London pied-à-terre. It’s also a private residence, but you can get photogenic views from Green Park, across the way.

Just a 15-minute stroll away, you can dine in true Downton style at Rules, the oldest restaurant in London. Established in 1789, this posh eatery still maintains an Edwardian style, with dark wood walls, leaded-glass windows, red leather chairs and hunting friezes on the wall.

Lady Edith and Michael Gregson met here regularly, and Lady Rose had her bachelorette party here. The menu offers elegantly traditional dishes, including game from its own estate and treacly puddings for dessert. If a whole meal doesn’t appeal, you can enjoy a genteel afternoon tea in the same space where Edward VII privately fêted his mistress Lillie Langtry.

If you love the opulent fashions that define the show’s visual appeal, consider a stop at the Victoria and Albert Museum. The fashion collection there spans five centuries, from the wide-panniered mantua court dresses of the 18th century to the 1920s styles of the show, all the way to post-war couture.

World War I defined the second season and the looming shadow of World War II casts a bittersweet pall over the later seasons, especially when it’s revealed that Michael Gregson has been killed by Brownshirts. We can arrange a privately guided tour of the Imperial War Museum, which has extensive exhibits detailing not just heavy war machines, but also the intimate and personal effects of the war on the soldiers, the home front and society at large.

Read more about trips to England 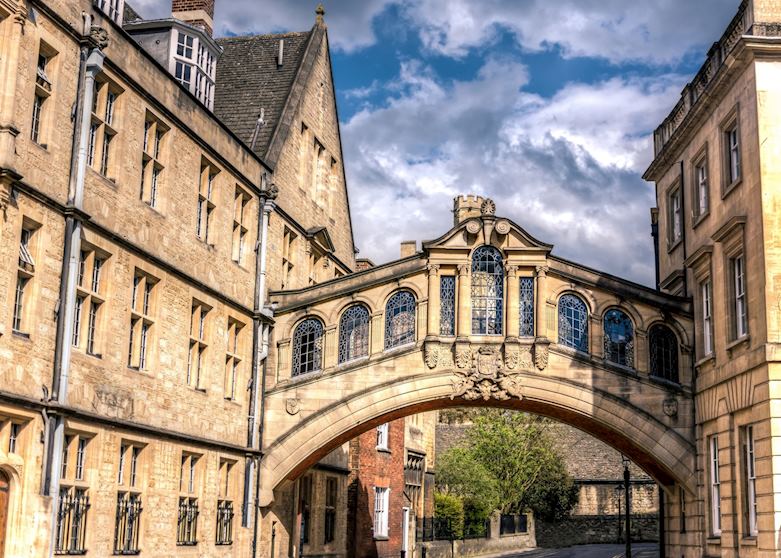 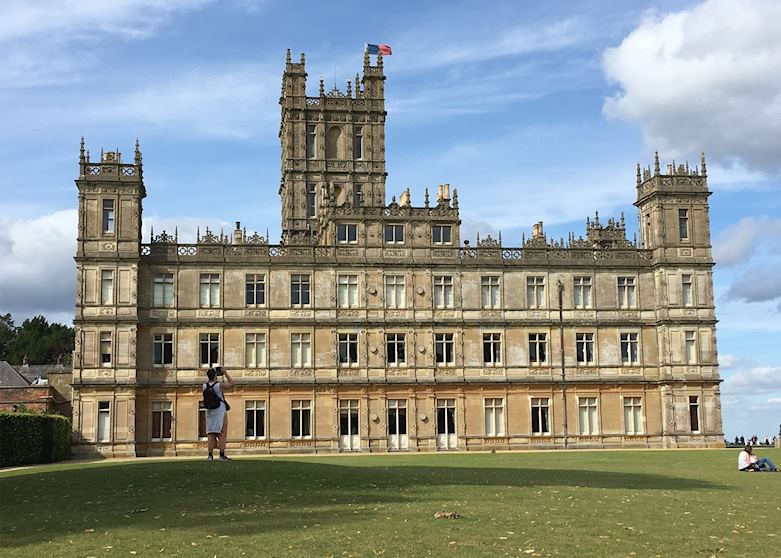 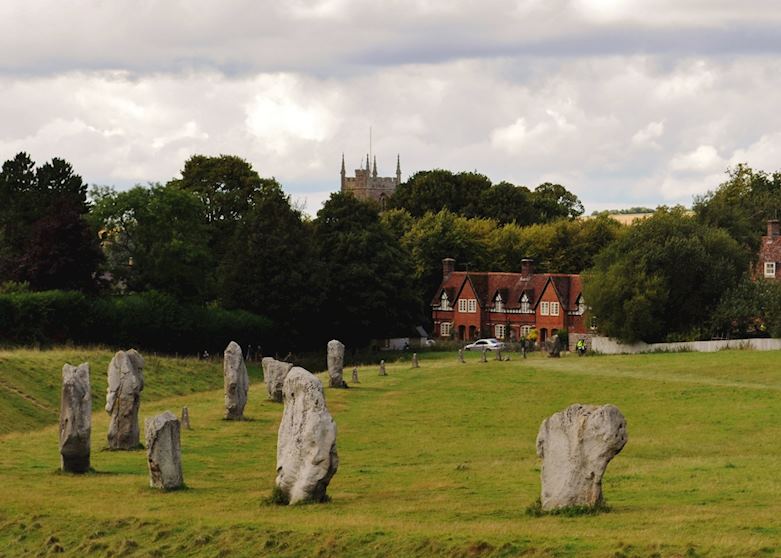 Historic England: exploring London, Oxford and Bath Uncover ancient Britain beyond Stonehenge How to experience London like a local
Get in touch