El Alamein ("Two Worlds") is an apt name for a place that witnessed the turning point of the North Africa campaign, determining the fate of Egypt and Britain's empire.

When the Afrika Korps came within 100km of Alexandria on July 1, 1042, Egyptian nationalists prepared to welcome their Nazi "liberators". Control of Egypt, Middle Eastern Oil and the Canal route to India seemed about to be wrested from the allied powers by Germany and Italy. Instead, at El Alamein, the Allied Eighth Army held and then drove the Axis forces back to ultimate defeat in Tunisia.

Some 11,000 soldiers were killed and 70,000 wounded at El Alamein alone. Travelers can pay their respects to the dead at the cemetery and those who have an interest in military history should find the museum worth a visit. The museum is well presented, with photographs and models conveying the harsh conditions in the field and gives due weight to the experience of both sides. 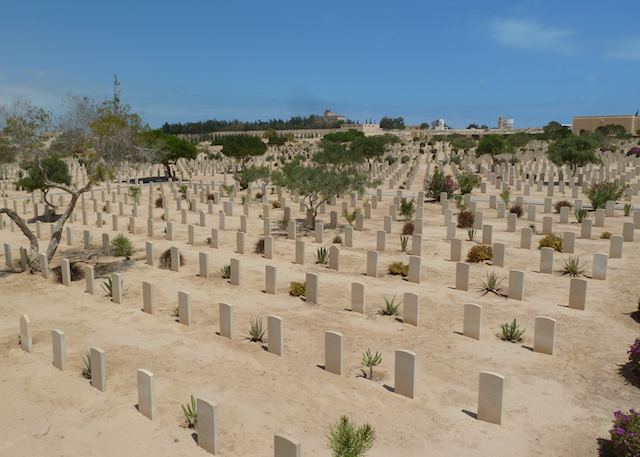