Guides are good at picking up on signs that animals are about to cross, and will communicate with each other to give you a heads up on any potential activity.

Start planning your tailor-made vacation by contacting ​one of our certified Africa specialists... 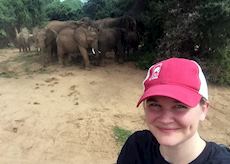