A primeval place shaped beneath ancient seas and eventually forced upward by geological shifts, the Burren is one of the world's finest and most extensive examples of a glacio-karst landscape. Stark, moody and riven by fissures, this carpet of rock is a surprisingly diverse place inhabited by varied wildlife, and the site of numerous archaeological structures and extensive cave systems. 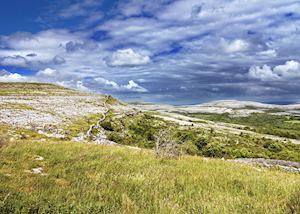 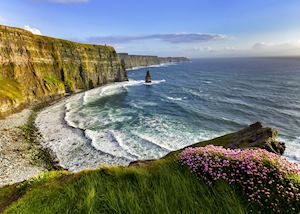 The towering Cliffs of Moher are a series of sheer cliffs that reach 200 m (656 ft) high and plunge dramatically into the Atlantic on the edge of the Burren, weaving around headlands into the distance.

The cliffs are home to huge colonies of nesting seabirds, including puffins, guillemots, peregrine falcons, razorbills and kittiwakes.

Our itineraries will give you suggestions for what is possible when you travel in the Burren, and they showcase routes we know work particularly well. Treat them as inspiration, because your trip will be created uniquely by one of our specialists.

Map view Places near the Burren 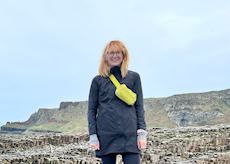