From the road, Bishkek is almost obscured by trees. It is one of the world’s greenest capitals and has a reputation for being laid-back and welcoming to visitors.

Though there are plentiful signs of the city's Soviet past — including a giant statue of Lenin pointing toward the Parliament — the general feel is of a regional, agricultural industrial center that has, quite unexpectedly, had political status thrust upon it.

The best hotels in Kyrgyzstan can be found here, a welcome respite after the long road from China, as well as some interesting sights including the atmospheric Russian Orthodox Church and the sprawling Osh Bazaar.

The city’s backdrop of spectacular snow-capped mountains hints at the wonderful outdoor opportunities that lie beyond, and less than an hour away at Ala Archa anything from gentle riverside strolls to glacier treks await. 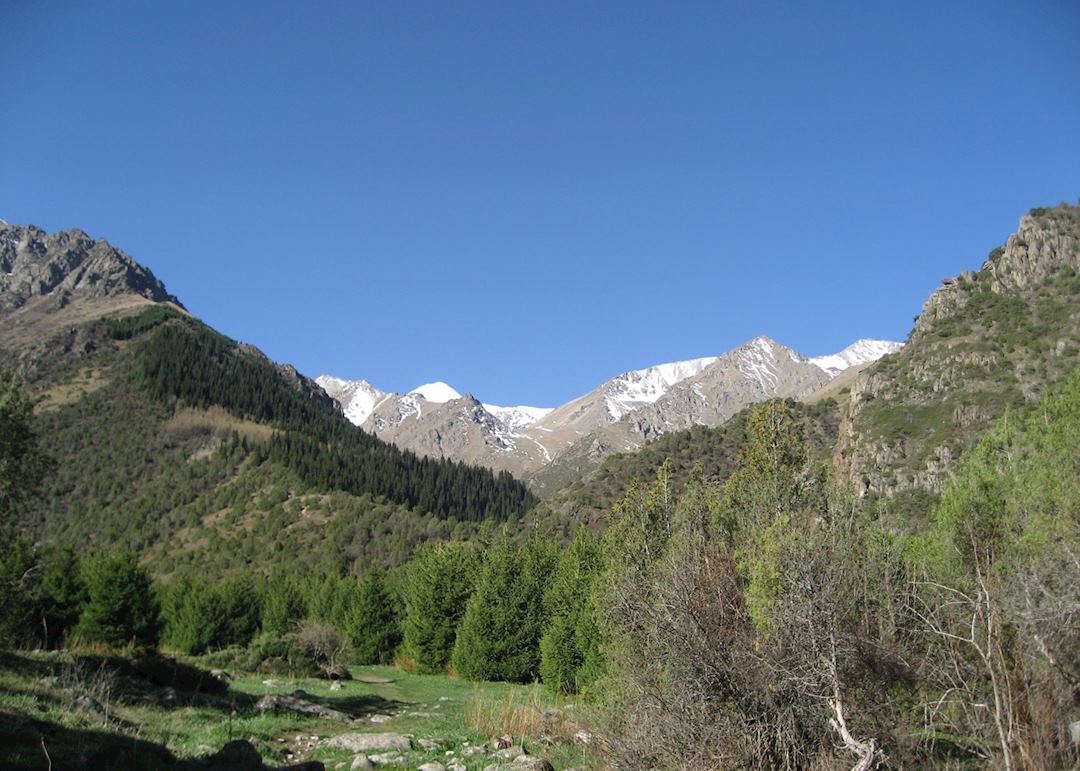 Start planning your trip to Bishkek

We’ve selected a range of accommodation options for when you visit Bishkek. Our choices usually come recommended for their character, facilities and service or location. Our specialists always aim to suggest properties that match your preferences.

Our specialists seek out authentic ways to get to know the places that could feature in your trip. These activities reflect some of the experiences they've most enjoyed while visiting Bishkek, and which use the best local guides.