While there’s been a settlement on the shores of Oslofjord for at least 1,000 years, Oslo didn’t really bloom as a city until the 20th century, when it began to steam ahead as one of Scandinavia’s most enterprising hubs. Now, Oslo is Norway’s largest metropolis, dwarfing the country’s more provincial cities and towns — although it’s still one of Europe’s greenest, with an archipelago of untouched island and a mountainous backdrop.

Despite its size, the heart of Oslo and its waterfront area is still explorable on foot. This private walking tour takes you through the city, while your guide explains Oslo’s long history and current culture along the way. Because it’s a private tour, what you see will depend on your personal interests, but typically you’ll visit the Royal Palace, the Parliament Building (Stortinget), the National Theatre, City Hall, Akershus Fortress and Aker Brygge Harbour.

You meet your guide at your hotel to begin your three-hour walking tour of Oslo. Your guide will suggest some of the city’s main highlights to visit, but as you explore the city together, they will tailor the route to your interests, suggesting local sights you might not have seen in a guidebook.

Points of interest you might visit include the butter-yellow Royal Palace, the 19th-century neoclassical seat of the Norwegian monarch, which is still used today. It’s surrounded by the Slottsparken, a public park with wide, wooded arcades and in summer, flowering meadows.

Central core of Oslo is dominated by 19th-century neoclassical architecture, and your guide can tell you about this important period in the city’s development as you visit the Stortigent, the state of Norway’s parliament and the National Theatre, which has an ornate façade created by some of Scandinavia’s finest sculptors and painters.

Walking out to the waterside, you’ll see the modern city take shape, with the boat-like Operahuset Oslo dominating the skyline. You might walk out to Akershus Fortress, a medieval castle built to protect the city from Danish and Swedish forces, where your guide can explain some of the early history of the castle, when significant figures from the Norwegian middle ages resided here.

A fitting end to your tour is a stroll along the Aker Brygge wharf, a former shipyard which has been renovated into a vibrant, modern waterfront. Contemporary architecture sits aside restored brick warehouses, which are filled with independent shops, restaurants and cafés. You can watch passenger ferries arrive from Denmark, and look out across as the forested islands of the Gressholmen-Rambergøya nature reserve.

At the end of the tour, you’re free to wander the streets at your leisure, or your guide can help you navigate back to your hotel.

Other experiences in Oslo 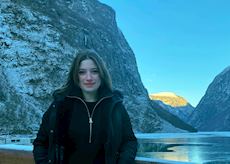