Cajamarca rests in an Andean basin in Peru’s northlands, its fringes giving way to fertile green pastures that have engendered a thriving dairy industry. Mountains encircle the town, melting into a brownish-green haze wherever you raise your eyes to the horizon. Like Cuzco, Cajamarca’s core is a grid of cobbled streets lined with conquistador-era churches, a smattering of whitewashed buildings, and tenderly preserved filigreed façades. Unlike Cuzco, you’ll hardly hear any English.

Our Peru specialists have a real affection for this town, and can advise on the best ways to spend your time there, as well as local points of interest that lie just a little way beyond the outskirts. 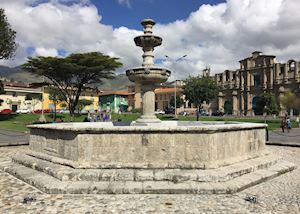 All roads lead to the Plaza de Armas, the main square. Once a gathering point for the Inca armies, today it’s crowned by a graceful fountain. Couples kiss on benches. Groups of elderly men bunch together, smoking and chatting. And, families gather on the grassy areas with wiggling babes-in-arms or tottering toddlers.

Dominating the northwest side of the plaza is the 17th-century cathedral with its ruffled plateresque frontage. Inside, it’s surprisingly Spartan — except for the florid gold altar screen erected in Spanish Churrigueresque style. In this church, as in all churches in Cajamarca, paupers and indigenous people were often buried under the nave (the affordable alternative to the more sacrosanct ground in front of the altar).

A short walk southeast from the Plaza de Armas lies the Belén Complex. It contains a former hospital, a small medical museum and Belén Church, all clustered around a quiet stone patio. Here the noise of the city seems to die away, replaced with the soft burbling of a fountain ringed by jaunty potted geraniums.

The church’s focal point is its elaborately decorated dome, culminating in a tiny cupola painted with a simple wash of sky-blue to represent heaven.

Although the structure of the former hospital initially looks church-like, the interior’s rows of niches acted as the patients’ cramped rooms. Today, the space often houses contemporary art exhibitions.

Southwest from the Plaza de Armas, the Jirón Dos de Mayo rises steadily uphill. A couple of good artisan shops line the street and sell locally made textiles such as ponchos and shawls. At the top of the street, a fan-like arrangement of staircases lead up to a small chapel in candy shades of blue and white.

A little farther on, up several more flights of steps, you come to the terraced gardens at the crest of Santa Apolonia Hill. Cajamarca spills out before you in a busy panorama, framed by the blue-and-white chapel’s white crucifix. Close by, a sacrificial stone is thought to have been used as an Inca throne.

However, the town’s most important Inca relic is the Cuarto del Rescate (Ransom Room), a rectangular structure bearing the Inca’s trademark precision-masonry. Believed to have been the space that Inca emperor Atahualpa filled with gold in an attempt to win his freedom from Pizarro, it has trapezoidal niches in which icons or war trophies would have stood — including, allegedly, the skull of Atahualpa’s defeated brother, Huáscar. Nearby, a garish painting shows Atahualpa burning at the stake — he was, in fact, garrotted following a last-minute conversion to Christianity. 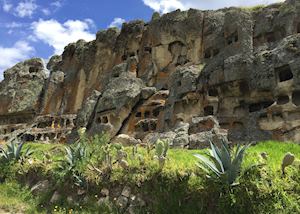 A short drive to just outside the town brings you to an intriguing set of Pre-Inca ruins. Otuzco is a volcanic rock face pockmarked with holes in which the Cajamarca culture (circa 500 to 1,000 AD) placed the mummified bodies of their nobility. Long since looted by the Spanish, today only the lichen-encrusted, honeycombed rock remains, its empty sockets staring out blankly at the surrounding fields.

Farther afield — a 45-minute drive up a bumpy mountain road — lies another remnant of the Cajamarca culture, a still-functioning canal called Cumbe Mayo (‘thin stream’ in Quechua). Getting to it involves a scenic walk through a wind-buffeted dale spiked with limestone pillars. The canal’s painstakingly crafted stonework and carved zigzag course (representing ‘the stairway to heaven’) suggest that the water it carried was designated as sacred. A boulder-altar marks the spot where spiritual leaders would perform ceremonies at the full moon.

This sample itinerary will give you an idea of what is possible when you travel in Cajamarca, and showcases routes we know work particularly well. Treat this as inspiration, because your trip will be created uniquely by one of our specialists. 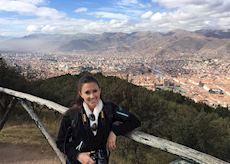 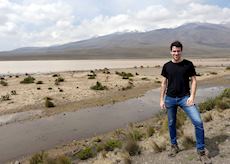