Belém is also home to several good museums and gardens, as well as the Pastéis de Belém, a café known for making Lisbon’s signature custard tarts for almost two centuries. 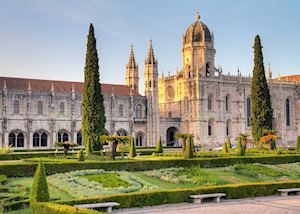 The café — marked by blue-and-white awnings — is owned by the descendants of the refinery, and the tarts are still made according to the original methods. Even today, bakers at Pastéis de Belém must sign a pledge never to reveal the monks’ secret recipe.

Speak to a certified Portugal specialist to start planning your tailor-made holiday...