Close enough to Madrid to visit on a half-day tour but representing two very different periods in Spanish history, the 16th-century monastery-palace of El Escorial and the 20th-century Valle de los Caídos (Valley of the Fallen) are both poignant and intriguing. This half-day private guided tour is a great way to get an insight into Spain’s cultural history, from the nation’s riches and ambitions during its golden age to the horrors of the later military dictatorship that gripped the country for almost 40 years. You’ll also get to make the most of your time with direct transport to and between the sights.

Your driver and guide will pick you up from your hotel in Madrid to head northwest of the city to the Valle de los Caídos, or the Valley of the Fallen. This 20th-century civil war memorial was commissioned by military dictator Francisco Franco to commemorate those who died during the three-year conflict.

The site houses the remains of some 40,000 victims from both sides of the war and includes one of the world's largest basilicas. Cut deep into the rock, it sits below a towering cross that you can see from more than 32 km (20 miles) away.

Somewhat controversially, until 2019 the high altar was also the resting place of Franco, leading many to see it as a fascist memorial rather than a monument to reconciliation. However, after much debate, his body was eventually moved to be buried elsewhere.

After you’ve had some time to explore the site and learn about its contentious history from your guide, you’ll continue onto the grand palace of El Escorial. Set against a backdrop of the Sierra de Guadarrama, the vast monastery-palace of King Felipe II has been a retreat for Spanish kings for centuries.

Built between 1563 and 1584, the complex also attracted the finest intellectuals, scientists and artists in search of royal patronage. Inside, works by masters such as Titian, Tintoretto, El Greco, Velázquez and Hieronymus Bosch line the walls, while the grand library contains more than 40,000 precious books and manuscripts. Particularly impressive is the Panteón de los Reyes, where almost all of Spain's monarchs since Carlos I are interred in gilded marble tombs.

Once you’ve had time to explore the site, you’ll return to your Madrid hotel with your guide.

Photos of El Escorial and Valley of the Fallen

Other experiences in Madrid 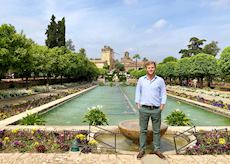 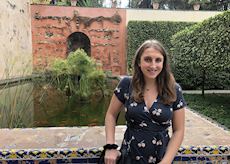 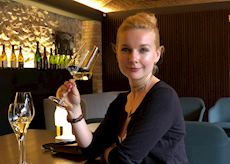